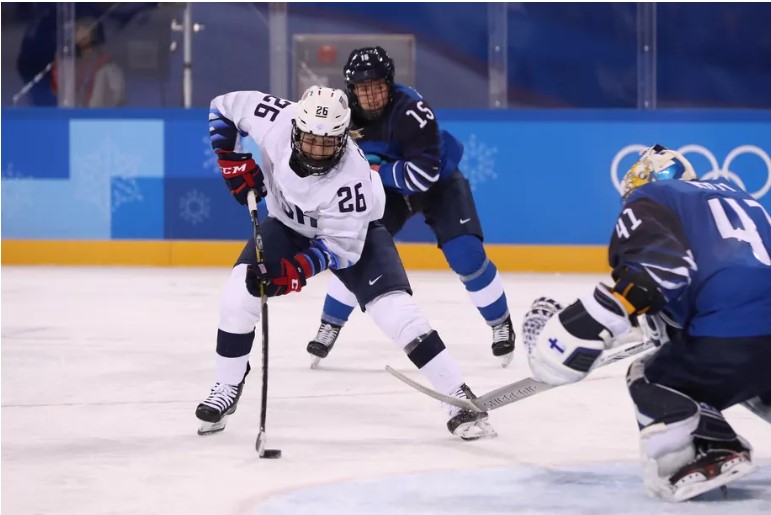 Canada looked every bit the part of a favorite. Team USA had to bounce back from a slow start. And a unified Korean team made history, even in a losing effort, as the 2018 women’s Olympic hockey tournament got started in Pyeongchang.

All in all, the results pretty much went as predicted on Saturday and Sunday in the first two days of pool play in the Olympic ice hockey tournament.

Canada looked especially good, ripping through the Olympic Athletes of Russia for a 5-0 triumph. Rebecca Johnson and Melodie Daoust each scored twice and Ann-Renee Desbiens stopped all of Russia’s shots, as Canada extended its Olympic winning streak to 21 games. The Canadians outshot Russia 53-18 in the game.

The Americans found things tougher against a game Finland squad. Finland actually took a 1-0 lead to the second period before the U.S. was able to scratch out goals from Monique Lamoureux-Morando and Kendall Coyne a minute apart in the second to take the lead. Dani Cameranesi’s empty-net score put away what was a tougher-than-expected 3-1 win.

South and North Korea skated together in a moment more symbolic than competitive, as defending bronze medalist Switzerland buried the Koreans 8-0 in the teams’ opener in Pool B.

And Sweden, one of the contenders for the medal stand, won its first-day game in the most competitive game so far, outlasting Japan 2-1.

The women’s tournament continues Monday and Tuesday with each team playing again. The men’s squads get under way early Wednesday, with Team USA and Slovenia squaring off in the first game of pool play.