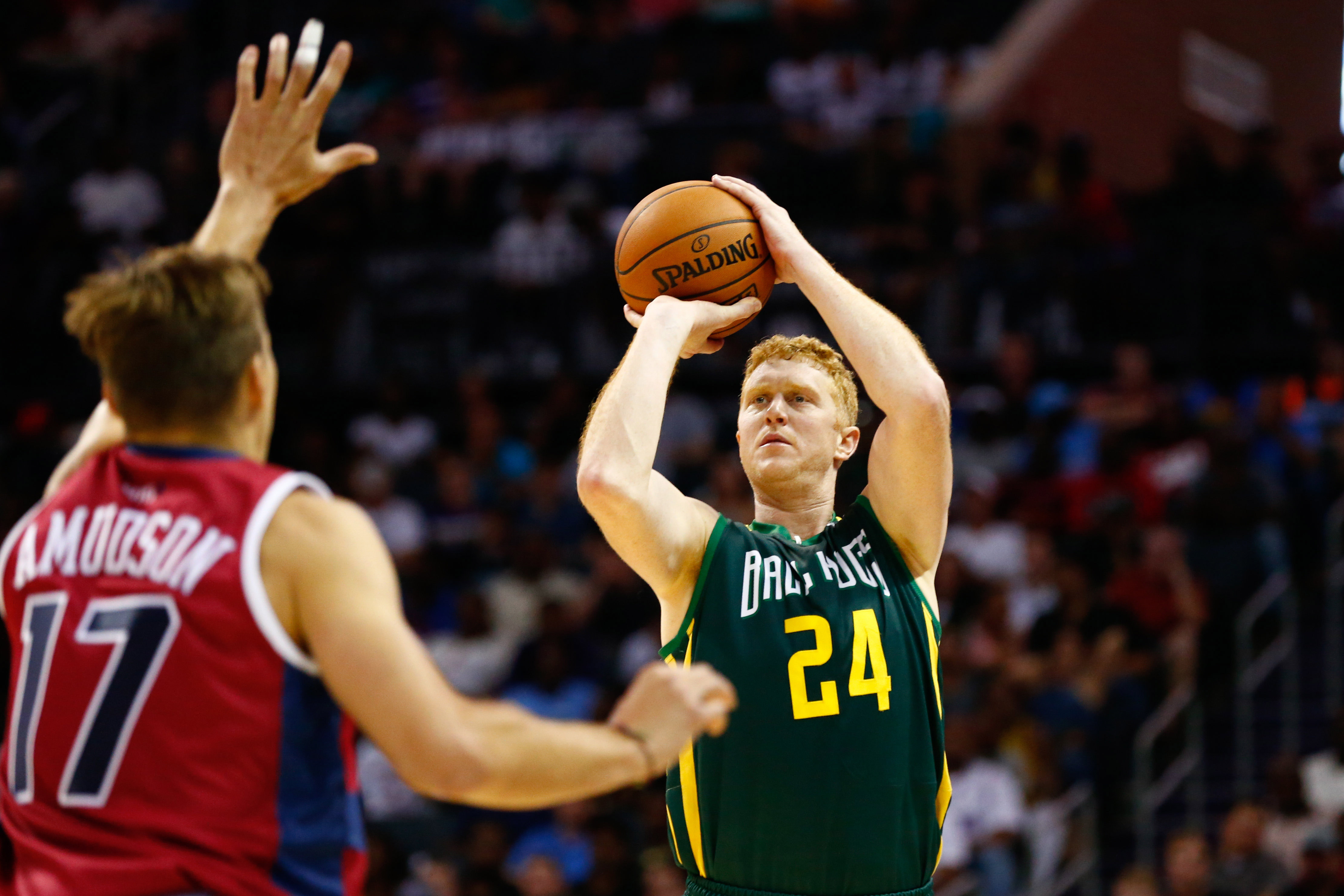 As many of you have seen on Twitter, Zach Brunner and I were at the Fiserv Forum on Sunday the 4th to witness some BIG3 basketball. Not only were employees at the venue and for the BIG3 more than hospitable, but the players were also amazing to talk to. We were fortunate enough to interview fan-favorite Brian Scalabrine.

Those who play in the BIG3 do so for a plethora of reasons. Some, like Joe Johnson, are trying to make an NBA comeback while others, like Brian Scalabrine, simply want to compete and have fun…

“You want to see what you can do out there and I think that was the first initial thing. Then obviously the way Ice Cube runs this thing, it’s much bigger and it totally exceeded expectations,” said Scalabrine. “Then it morphed into my kids, who were young and didn’t get to see me play [in the NBA], so now they are really into it. Like my son talks about being the number one pick in the BIG3 draft one day.”

Not only is the league a chance to show fans and loved ones he can play, but Scalabrine, and all BIG3 players, are competitors to their core. “Competition is something I have done my whole life. I have always been driven by competition and I would never be able to replicate [the competition the BIG3 provides] living where I live.”

In addition to hooping with one of twelve BIG3 teams, Scalabrine also hosts a radio show on SiriusXM and provides color commentary for the Boston Celtics during the NBA season. For Scalabrine, finding the balance between the two passions in his professional career and his personal life, where he has a wife and three kids, is tough because “75 percent of guys in the league play overseas, so they’re going to practice everyday, they’re playing in 40-50 games every year…The margin in this game is small. Being 10 percent worse versus 10 percent better it’s a huge difference out there.”

When asked who his dream teammates in a BIG3 game would be, Scalabrine didn’t hesitate before picking Shaquille O’Neal for his post presence and Steph Curry for his shooting ability. The dynamic duo would probably work well for Scalabrine because “I’m sure I’ll get a bunch of wide open shots because [the other team] is just going to leave me open.”

Scalabrine also said that if he could play with his old friends/teammates that he would have to go with Kevin Garnett and Paul Pierce. Scalabrine mentioned he almost convinced Pierce to play in the league this season. Perhaps the “Truth” will make an appearance in the coming seasons.

On behalf of FlurrySports, thank you to the BIG3 for the opportunity to participate in media-related events at the Fiserv forum and a special thanks to Brian Scalabrine. For those who have never met him, he is an incredibly down-to-Earth guy and I felt like I could have talked basketball and about the Boston Celtics with him for hours. Until next time, Scal!