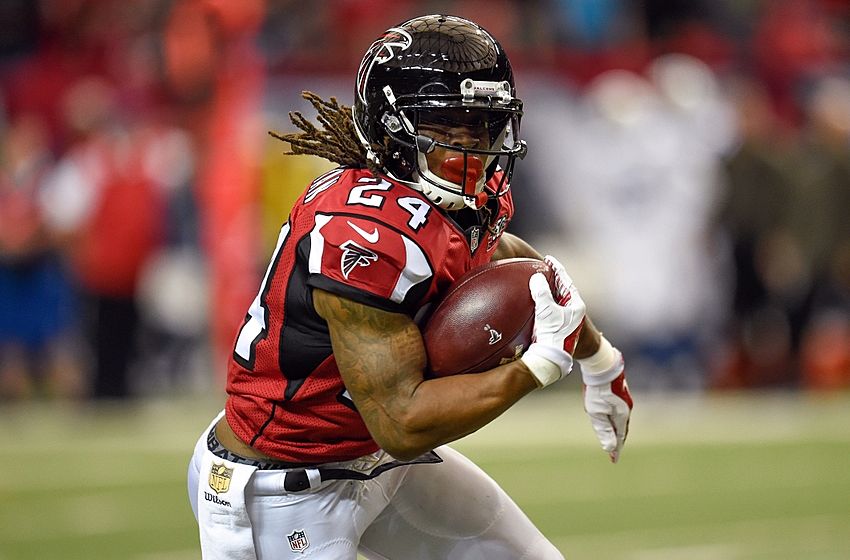 This NFL Free Agency has been an eventful one. There have been big name free agents finding new homes to go along with a couple notable, and questionable, trades. While teams are beginning to take shape, there are still a number of good free agent running backs still available.

These are the five best free agent running backs still up for grabs.

I have already gone on record of saying that Devonta Freeman to the Miami Dolphins makes the most sense, so we will see where he ends up. At just 28 years old, Freeman could have a lot of football left in him, but he has struggled to stay healthy. He has failed to play a full season or run for 1,000 yards since 2016.

In a split backfield, Freeman could still be a strong complementary back. He should be viewed as a top free agent running back available.

Lamar Miller missed all of last season due to an ACL injury and he will turn 29 before the season, so there are multiple question marks surrounding the running back. However, he has been consistent when on the field and he has out-performed expectations in recent seasons. He has five straight 1,000 total yard seasons, and he has not ran for less than 850 yards since 2013.

Assuming he signs a team-friendly deal, we could see Miller have relevance again next season. Is he another candidate to return home to Miami?

As a result of Miller’s injury, Carlos Hyde was able to have his best season of his career. Last season was the first time Hyde has ran for 1,000 yards and his first season above 4.0 yards per carry since 2016. While he turns 30 at the beginning of next season, he does not have the wear and tear of a typical 30-year-old NFL running back.

Houston clearly has moved on from Hyde, since they decided to trade one of the best players in the league for David Johnson. So, Hyde will be on the move, but he is the most likely free agent running back on this list to have a relevant Week 1 role.

Don’t look now, but Chris Thompson turns 30 this season. Maybe it’s just me, but it doesn’t feel like he has been in the NFL for seven seasons. Thompson has been one of the best third down backs in the NFL in recent seasons, but he simply cannot stay healthy. He has missed 17 games over the past three seasons, and he has played a full season just once.

Despite missing a lot of time, he continues to see a high usage when he has been on the field in his limited role. Over the past three seasons, he has averaged 5.4 targets per game, and he left many of these games early. He will be a cheap signing, but he could be an effective one for a contender.

Yes, Frank Gore turns 37 before next season. No, he has no plans of retirement. This is why I call him the NFL’s Iron Man. When you sign Gore, you know you will get a reliable player that can get you a couple yards and will always be available. He is a great locker room guy, an awesome mentor to younger backs and he is likely to come in with a team-friendly deal.

I would like to see him go to a place where he has a chance to earn a ring, and Kansas City would make sense. Maybe they wouldn’t have to do anymore QB sneaks with Patrick Mahomes.