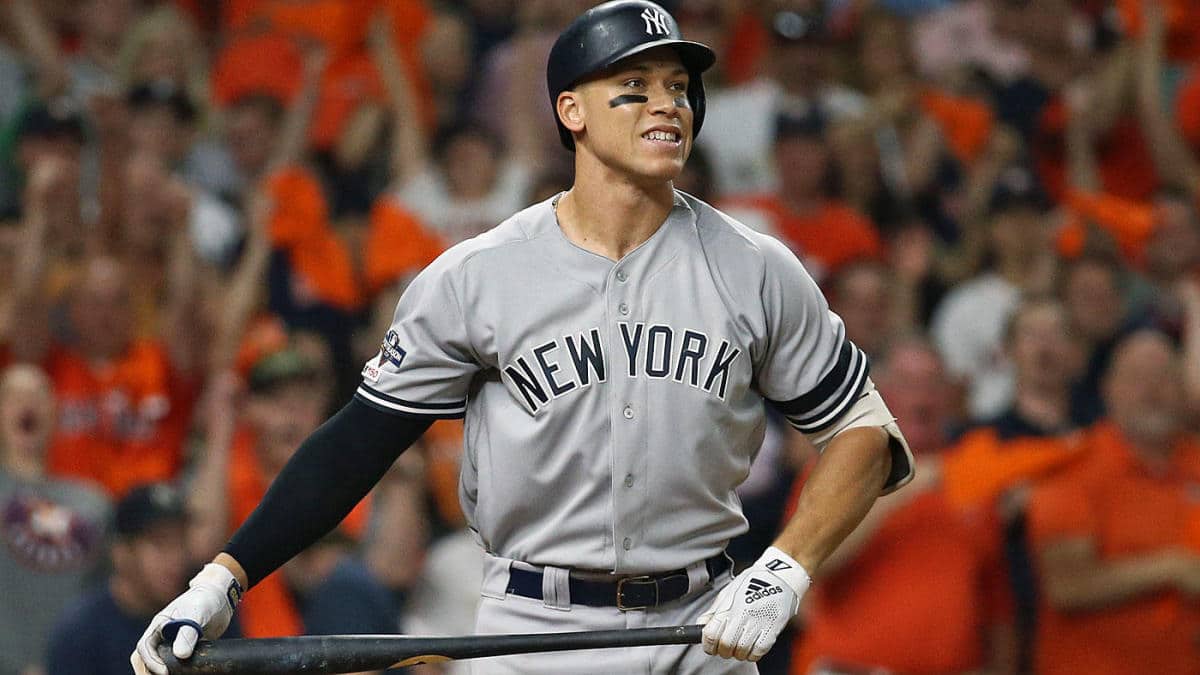 The days are getting longer. Temperatures are rising. Spring is in the air! Even though it will be delayed a couple of months, the 2020 MLB season will happen. The exact number of games is up in the air, causing season win totals to be pulled from most sportsbooks, but MLB World Series bets remain in play.

Here are my short, middle and long-shot picks to hoist the Commissioner’s Trophy later this fall.

All MLB futures and odds courtesy of MyBookie Sportsbook

The Yankees enter 2020 loaded in just about every aspect of their roster. The team sent shock waves across the league during the offseason when they inked starting pitcher Gerrit Cole to a massive contract. What makes the deal even more of a flex is that they signed him away from the Houston Astros, their top competition in the American League. New York could be in the market for an additional starting arm via trade, but Masahiro Tanaka and J.A. Happ provide a solid punch behind Cole in the rotation.

The bullpen returns the meat and potatoes of a formidable unit with Aroldis Chapman once again the anchor at closer. The names of the lineup alone speak for themselves. The Yankees had the MLB’s third-best offense a season ago, and that was without a healthy Aaron Judge and Giancarlo Stanton for much of the year. Add them to the mix along with Gary Sanchez, D.J. LeMahieu and Gleyber Torres and the Bronx Bombers deserve the AL’s shortest World Series odds.

The Braves enter 2020 as legit a contender as you’ll find. At 12-1, the Braves actually have the second-shortest World Series odds in the National League behind only the Los Angeles Dodgers (+285). Those odds imply that the Dodgers will win the World Series 26% of the time. L.A. is certainly loaded, don’t get me wrong. The blockbuster offseason trade that sent Mookie Betts and David Price to SoCal is kind of a big deal. But given the whacky and unpredictable nature of baseball and the depth of the National League, Atlanta is easily the better value bet to make.

The Braves have what it takes to be a postseason force all across the lineup. The starting rotation is anchored by Mike Soroka, Mike Foltynewicz and Max Fried. The signings of a pair of grizzled vets in Cole Hamels and Felix Hernandez could loom much larger down the stretch in terms of experience and leadership than one might consider at present. The Braves also signed Marcell Ozuna away from a fellow contender in the St. Louis Cardinals to further fortify a lineup highlighted by Ronald Acuna Jr., Freddie Freeman, and Ozzie Albies. Atlanta’s weakness is the bullpen but expect closer Mark Melancon to rebound and newcomer Will Smith to help eat pressure innings late in games.

When searching for a long shot World Series bet, upside potential should be at the forefront of categories you weigh. And looking at the American League, no team outside of the aforementioned Yankees and Astros may have more upside than the White Sox. The Southsiders have spent the better part of the last decade mired in irrelevancy. You would have to go back to 2012 just to find the last time they finished with a winning record, but after years of rebuilding, the foundation is in place.

Jose Abreu, Yoan Moncada and Tim Anderson are the mainstays of a lineup that seems destined to blossom, particularly after the offseason additions of Edwin Encarnacion and Yasmani Grandal. The Sox pumped up their rotation in a big way as well, bringing Dallas Keuchel and Gio Gonzalez aboard to join Lucas Giolito who took the MLB by storm last season. Alex Colome provides a stable arm to close out games, and the bullpen also includes veteran talent in Kelvin Herrera and Steve Cishek.

Time will tell if the ChiSox have what it takes to contend in 2020. But with the Minnesota Twins figuring to be the only other real threat in the AL Central, a playoff spot is well within reach.