No Ryanair Repeat for Frodon, but Bryony Frost Can Hold Her Head High 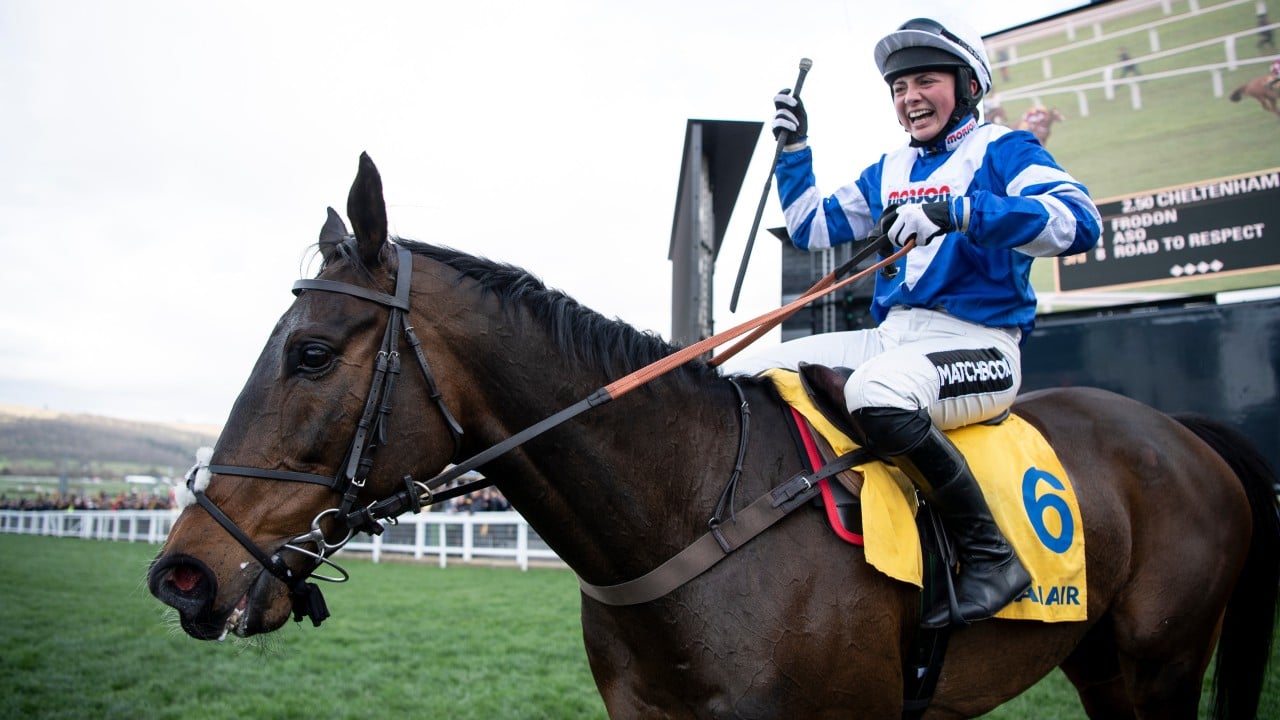 There’s something about Bryony Frost that warms the heart of every racing fan. Her enthusiasm for the sport of horse racing, and her even greater passion for the animals that make it all possible, is infectious. It’s difficult to hear her speak without smiling, and this is most evident when she’s speaking about Frodon, the horse she rode to victory in the Ryanair Chase in 2019, becoming the first woman to win a Grade One race at the Cheltenham Festival.

No Repeat for Frodon and Bryony Frost

There was to be no repeat in 2020, however, as Frost and Frodon struggled to keep up with the searing pace set by eventual winner Min, second-placed Saint Calvados and third-placed A Plus Tard. A fourth-placed finish will have represented disappointment for Frost as she looked back at yesterday’s racing results, but her love for the horse that put her on the map this time last year will not have been diminished.

Frost’s close bond with Frodon was clear for all to see last year as she won the hearts of thousands of Cheltenham spectators and millions more around the country with her exquisite performance. Ahead of this year’s attempt to repeat the feat, Frost was confident, buoyed by her inside-out knowledge of one of Paul Nicholl’s prized horses. “If there’s one thing I know going into Thursday,” she said prior to the race, “it’s that not one of our camp, nor me, will be second-guessing him.”

Alas, it wasn’t to be, in what was a close and keenly contested race. Frodon started well, and was keeping pace with Min in the early stages, but the bounding presence of a host of challengers – namely the earlier mentioned Saint Calvados and A Plus Tard, and also Riders Onthe Storm, who agonisingly fell at the third-last – was too much for both horse and jockey.

None of this reflects badly on Frost or Frodon, instead it amplifies the significance of their success last year. There were bigger names in the betting last year, and there were bigger names this year too. The pair upset the odds slightly to claim victory in 2019, and it looked to be an even bigger ask this time around, with Min priced as low as 2/1 by many bookmakers. Frodon’s odds were around 11/2 this year compared to 9/2 in 2019, so to repeat the success would have been a remarkable feat.

While victory would have been an out-of-this world feeling for a rider so passionate about her profession, this will have been another good learning experience for Frost, who is still only 24 years old. With her knowledge of what it takes to get a horse and all those around it pulling in the same direction, the future looks bright.

Frost is a jockey with talent beyond her years, and no shortage of wisdom either. You only need to read what she told The Guardian in January to be left in no doubt that this is a rider headed for great things.

“It’s a long way off if you look at the top of the mountain sometimes,” she said. “It can be daunting; hence why I never set any goals. But, if you make every step a forward one, going uphill and improving in some way or another in life, then you’re doing just fine and wherever you end up is where you end up. But try not to think about where you do end up. Just keep climbing; that’s what I live by.”