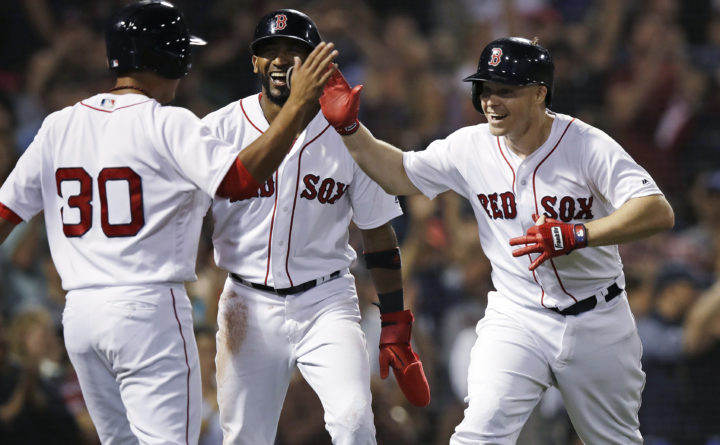 For the third straight season, the Boston Red Sox will be playing in October. This year, they ensured it a little bit earlier. Tuesday night’s 7-2 victory over the Toronto Blue Jays was the 99th W of the year for the Red Sox, and it ensured them of at the very least a Wild Card spot in the upcoming MLB postseason. With the playoff berth in hand, Boston (99-46) will look to wrap up the AL East division crown next. They currently hold a nine-game lead over the New York Yankees (90-55) in the division race with just 17 games left to play, so it seems like only a matter of time.

Of course, a very successful regular season in the win column, like the Red Sox have had this year, has not always been an indicator of postseason success. Exhibit A has to be the Seattle Mariners of 2001. That team compiled a regular season record of 116 wins and just 46 losses. The postseason is a whole different animal though, and those Mariners failed to even make it to the World Series, falling to the Yankees in the ALCS. Further data to show that early playoff-clinchers shouldn’t necessarily be the favorites can be seen through a mix of research from Elias Sports Bureau and ESPN Stats and Information. Since the beginning of the Wild Card era in 1995, 12 of the 25 teams who secured a postseason spot the earliest went on to lose in the very first round. Only seven of those teams made it to the World Series and five won it all.

Elsewhere in the American League, the Cleveland Indians (82-63) have the AL Central all but wrapped up. Being the only team over .500 in the division, their lead currently sits at 15.5 games over the Minnesota Twins. Expect them to clinch the crown by this weekend. There is still some divisional drama out in the AL West, where the defending champion Houston Astros (91-54) currently hold just a three-game lead over the upstart Oakland Athletics (88-57). Both teams have 17 games remaining. The Wild Card spots look like they will belong to the Yankees and the A’s, but which team will get the home game is still up in the air. New York sits two games ahead of Oakland currently. They also have 17 games left.

On the National League side, the NL East race has slowly gone from highly contentious to a runaway. The Atlanta Braves (81-64) have kept up a steady pace while the Philadelphia Phillies (74-70) have taken a plunge. Despite playing primarily sub-.500 teams, the Phillies have not won a series since they swept the Marlins all the way back on August 3-5. As a result, Atlanta currently holds a 6.5-game lead in the division with just over two weeks left in the season.

In the NL Central, the Chicago Cubs (84-60) hold a slim two-game lead over the Milwaukee Brewers (83-63). The Cubs do have two games in hand, but they have the much more difficult schedule of the two teams down the stretch. The St. Louis Cardinals (81-64) cannot be counted out yet either. They currently only trail in the division by 3.5 games. The Brewers and Cardinals are both in position to make the playoffs through the Wild Card spots.

The NL West is also a three-team race, with the Colorado Rockies (79-65) sitting 1.5 games ahead of the Los Angeles Dodgers (78-67) and 2.5 games ahead of the Arizona Diamondbacks (77-68). The records of the three contenders in the West, including the first-place Rockies, are just behind those of the Central contenders, but that could certainly change, leaving the non-division winners there with a shot at the Wild Cards as well.