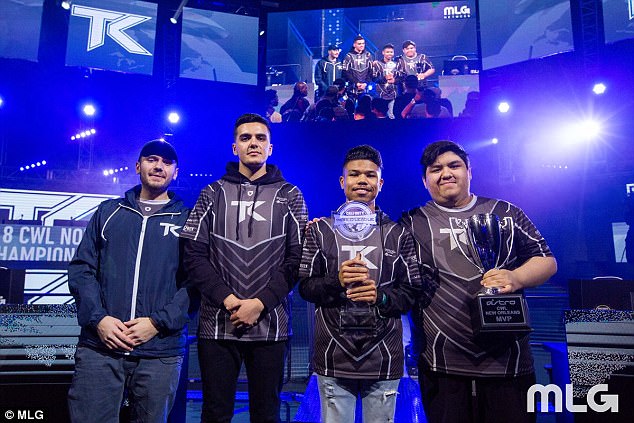 After adding new talent in Kenny, the Team Kaliber Call of Duty lineup has been absolutely outstanding this season. TK has won two straight COD events and are the #1 seed heading into the Global Pro League. At some point, their luck (if you can even call it that) has to run out, right?

TK, consisting of Kenny, Accuracy, Chino and Theory, has one insane stat going for them in this game so far: They have only lost one single match on LAN. They are a nearly perfect 14-1 in LAN play, only losing a 3-1 series against Luminosity in the Grand Finals of CWL NOLA. As TK are continually improving in game 5s. LG is starting to catch up to them, after getting them to a second grand finals last tournament.

Not a single person expected this team to be as great as they have been so far. Other than Kenny, everyone thought this team had no chance of competing at the top anymore. Because of this insanely talented team, TK has racked up $240,000 competing in LAN events this year.

There are a few teams climbing the ranks to try to finally defeat Team Kaliber. Luminosity finally took a match off of TK in the grand finals last event, which caused a bracket reset. This didn’t stop the momentum for TK, as they won the next match to seal the event win. Rise Nation has greatly improved after adding talent in Gunless and Methodz, as they earned 3rd at NOLA. Red Reserve is the final team that could give them a run for their money, as they earned 4th at NOLA after an incredible run on Saturday and Sunday.

TK in the Pro League

Team Kaliber will compete in Division A in the COD Pro League, beginning January 23. You can read more about their group here.