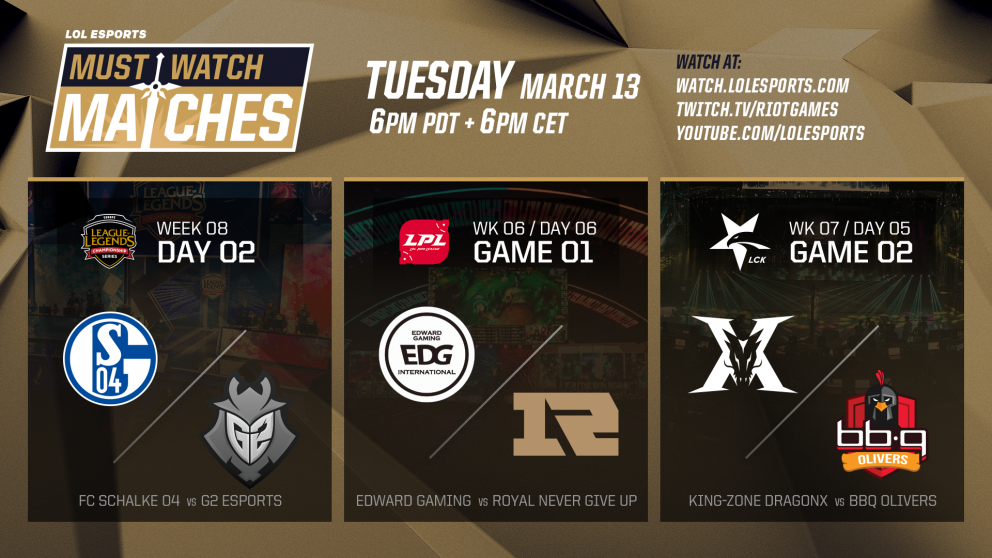 The Spring Split is coming close to an end and there have been plenty of exciting matches from each region. However, sometimes players don’t have the free time to watch their teams play.

Riot Games knows it can be difficult for players to keep up with all the English broadcasts, so they’re making it easier with the introduction of Must Watch Matches. Must Watch Matches are a packaged rebroadcast of the three most exciting games from each week of LPL, LCK, EU LCS, and NA LCS. The matches will be aired twice on Tuesday for EU and NA at different times.

The first episode will debut on Tuesday, March 13th. The three games aired are: FC Schalke 04 vs G2 Esports, Edward Gaming vs Royal Never Give Up, and King-Zone DragonX vs BBQ Olivers.

For more information, read about it here.

5 Non-Mechanical Things You Can Do to Increase Your Win Rate on CS:GO
Dota Plus: Pay to Win or Not?