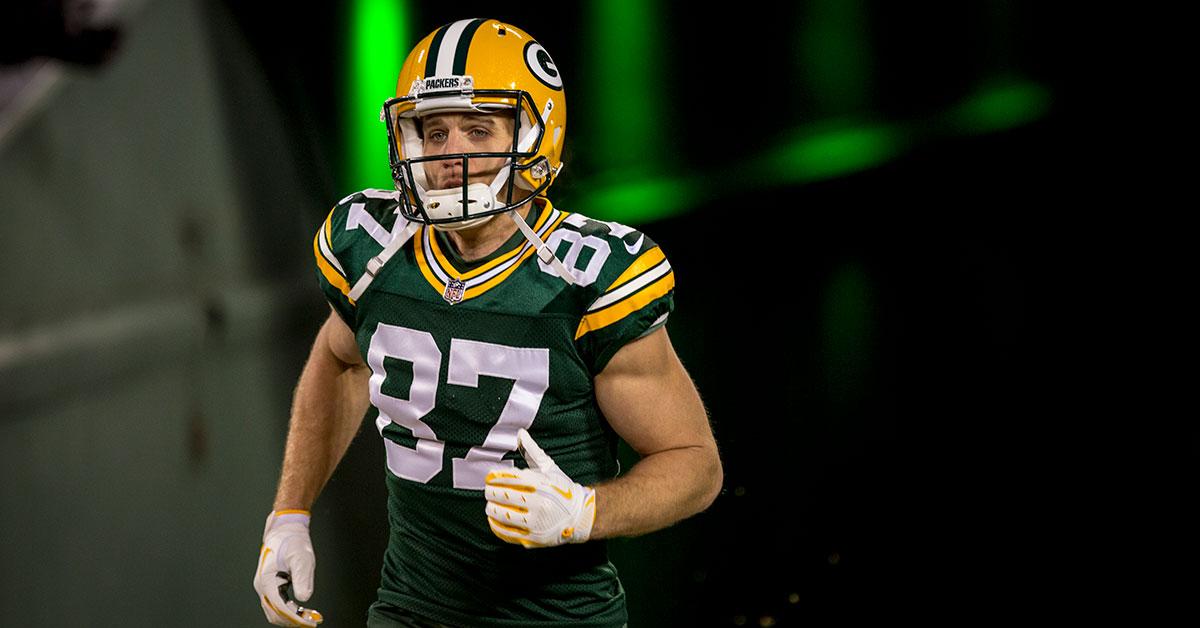 It had to happen at some point, but most Packers fans would’ve preferred later down the road. The Green Bay Packers announced on Tuesday that they have released veteran wide receiver Jordy Nelson.

Nelson was drafted in the second round of the 2008 NFL draft, and almost instantly became a fan-favorite. The 32-year-old receiver was Aaron Rodgers’ top target during his 10-year career in Green Bay.

Packers will be most grateful for his performance in Super Bowl XLV against the Pittsburgh Steelers, in which he tallied 140 yards and a touchdown to help the Packers bring the Vince Lomardi Trophy back home.

Nelson would go on to have a stellar career with the Packers, including three seasons with double-digit touchdown receptions — 15 in 2011, 13 in 2014 and 14 in 2016 — which was his bounce-back season after suffering an ACL injury in 2015.

His franchise numbers with the Packers puts him near the top in many significant categories: third in catches (550), fifth in receiving yards (7,848) and second in receiving touchdowns (69).

Nelson took a major step back this past season when Rodgers was lost for the season, and Brett Hundley took over as the starting quarterback. Nelson and Hundley failed to conjure a relationship in the way Rodgers and Nelson had. Granted it’s near impossible to put 10 years of experience into a lost season, but nothing even close to Nelson’s past had emerged, and many wondered if Nelson was done.

Had the Packers had a better backup quarterback, the situation may have taken a different course. But it didn’t, and the Packers are moving on.

ESPN’s Adam Schefter reported that Nelson doesn’t plan to retire, and wants to keep playing. Even at age 32, soon to be 33 in May, as long as receivers can get open, then age shouldn’t matter. Of course, the most notable position of playing late into your career has always been quarterback, but Nelson is still a relatively young man, and can offer a team a tremendous skill set.

Former Packers’ WR Jordy Nelson, who turns 33 in May, wants to continue playing, per source.

There are a number of teams that could use Nelson to upgrade at the WR position. Could you imagine Nelson going from Rodgers to Tom Brady? Or Ben Roethlisberger?

There are elite quarterbacks out there, like Rodgers did, could get a legitimate red zone threat that has beat defenses for years.

When then-general manager Ted Thompson stepped down, and new general manager Brian Gutekunst stepped in, his plan was to be more active in free agency than in year’s past. And sometimes you have to make the unpopular decision, a decision that needs to be made, nonetheless.

The Packers believe that the younger Randall Cobb will fill the second wide receiver position, and Davante Adams has emerged as the No. 1 receiver. Cobb was given his chance in 2015 to be the go-to guy, when Nelson missed that season, but it didn’t happen.

Cobb’s assets are mostly in the slot position, a position primarily used for finding space and creating yards after the catch. Cobb was never the deep threat like Adams or Nelson is/was, but despite that, the playmaking has only come in spurts.

If this is Gutekunst’s vision and plan in winning the Super Bowl in 2018 and beyond, then it’s what you want, but for now it’s okay to question and go through the emotions of cutting an exceedingly popular, producing player that Nelson was.

No one will ever forget the contributions #87 brought to Green Bay anytime soon.

“We cannot thank Jordy enough for all that he has given the Green Bay Packers and our community for the past 10 years,” Gutekunst said. “He has been an exemplary professional and teammate and greatly contributed to our success. Jordy will always be a member of the Packers family and we look forward to his eventual induction into the Packers Hall of Fame. We wish Jordy, his wife Emily, and the rest of their family all the best.”

2018 NFL Calendar
Richard Sherman Agrees to Deal With 49ers
Gridiron Round Up: Quick Hits
Rest in Peace, Legion of Boom