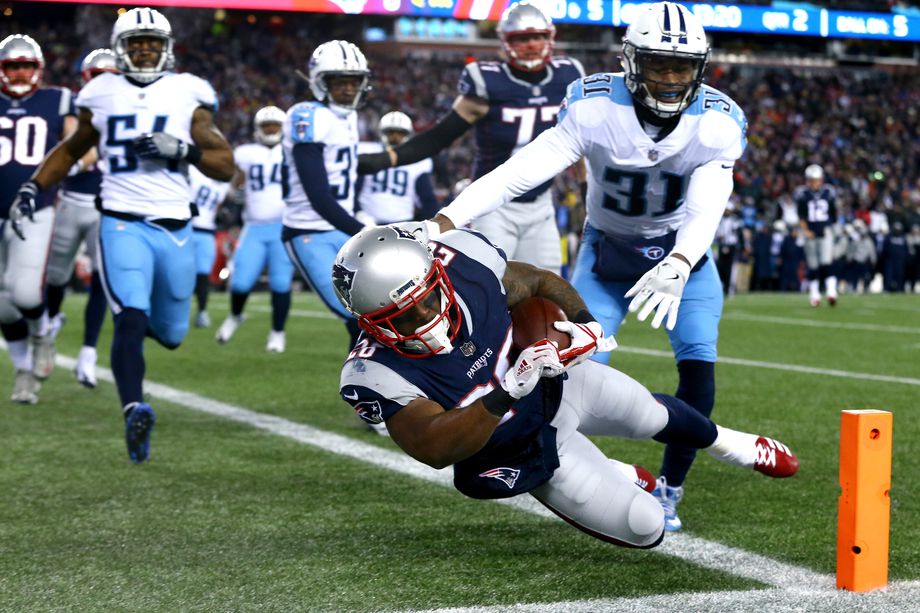 On Sunday, the 7-2, AFC East-leading New England Patriots will take on the 4-4, second in the AFC South, Tennessee Titans.

The Titans have an upper-tier defense, ranking eighth in yards per game and first in points per game. Former Patriot Mike Vrabel was hired to improve the defense, and he has done just that. Speaking of former Patriots, former Patriot corner Malcolm Butler has struggled in his first eight games as a Titan. He tries to jump routes, looks at the quarterback too much and can get beat down the sideline, especially by a taller receiver. Logan Ryan was underrated during his time in New England and still is now, having started all eight games for the Titans this season. Kevin Byard is one of the best young safeties in the league. He has two interceptions this year, including one on Monday night, which he decided to take back to the Dallas star at midfield.

Marcus Mariota has simply not lived up to the hype of being a franchise quarterback, posting career lows so far in TD%, yards per attempt, and yards per completion. Mariota has not gotten any help; Corey Davis is his best receiver and star tight end Delanie Walker is out for the entire season. Jonnu Smith has come short of replacing Walker, but the Patriots have been bad against tight ends this year. Dion Lewis, another former Patriot, has his lowest yards per attempt of his career, but his second-highest yards per reception season since 2015. The Patriots are good against power backs (Derrick Henry) but the linebackers often struggle fast, shifty backs (Lewis.)

The Patriots’ defense struggled mightily for the first eight games of the season, but holding Aaron Rodgers and the Packers to just 17 points and allowing just seven passing yards in the fourth quarter could definitely be a turning point for Brian Flores’ group. The pass rush has improved, as Adrian Clayborn had his best game of the season on Sunday and Trey Flowers has been good all year. Linebacker is definitely the worst position group on the team, but Donta Hightower seems to be improving each week. As I mentioned, the Titans would be smart to use Dion Lewis. A lot. Stephon Gilmore has been a shutdown corner this year, similar to 2014 Revis. Yes, that good. He should be manned up with Corey Davis all game, and even though cornerback #2 has been a question mark all year, the Titans really do not have a solid WR2.

Offensively, Tom Brady could get a big boost, as running back Sony Michel and tight end Rob Gronkowski could return from injuries. If Michel is out, then expect to see a lot of Cordarrelle Patterson again. If Gronkowski does not play, then do not expect to see anything out of the Patriots’ TE corps. Even if Gronkowski plays, Byard should be on him for the most part and Gronkowski has clearly not been himself all season. James White is a matchup nightmare for any team, and he should be featured heavily as usual. Josh Gordon has been more and more in the game plan each week and scored the dagger touchdown against Green Bay last week.