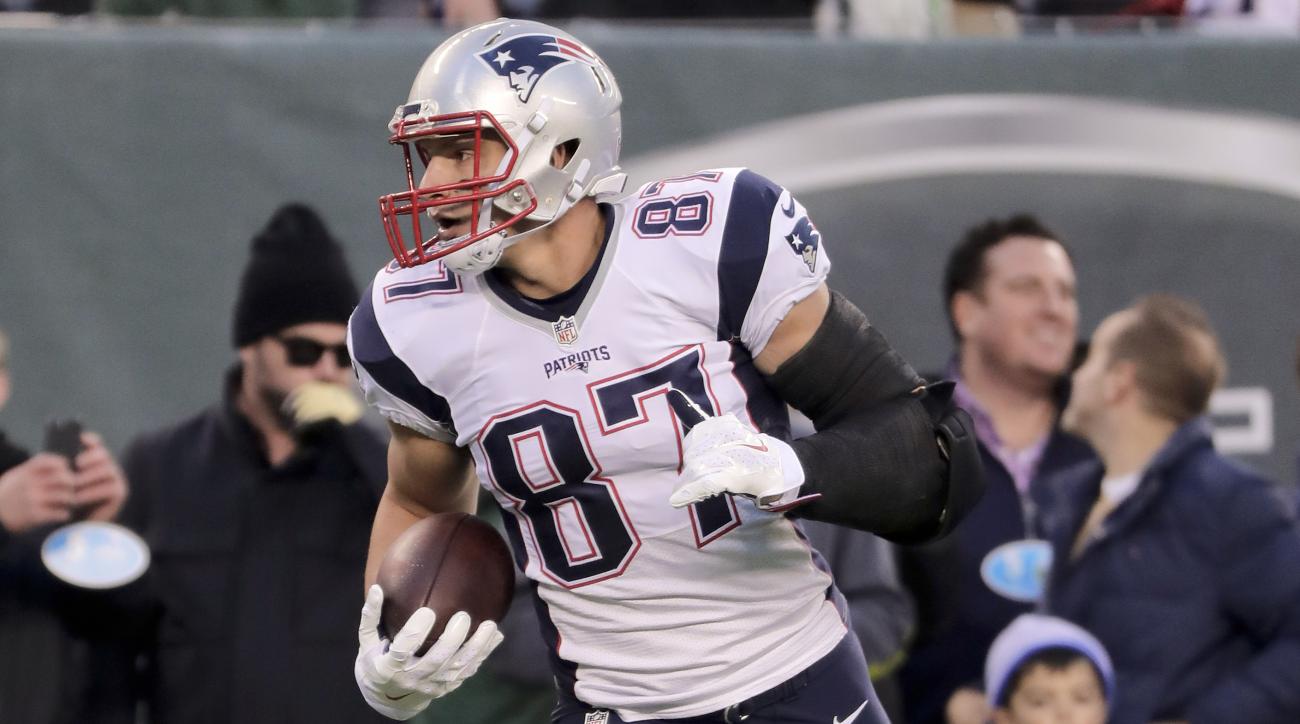 Reports have surfaced that New England Patriots’ star tight end Robert Gronkowski is debating retiring after his team was upset by the Philadelphia Eagles in Super Bowl LII.

Gronkowski, 28, was drafted in the second round by the Patriots in 2010 out of Arizona with the 42nd pick. Since then, Gronkowski has hauled in 76 touchdowns with 7,179 receiving yards in his eight-year tenure with the Patriots.

Gronkowski has set numerous franchise records with the Patriots, including most receiving touchdowns (76), most games with 100+ receiving yards (25), highest receiving yards per game average for a tight end (82.9) and youngest Patriot with three touchdown receptions in a playoff game (2010 VS. Pittsburgh Steelers, 2011 VS. Denver Broncos) at 21 and 22 years of age, respectively.

No doubt Gronkowski has been, arguably, the most dominant tight end in recent memory. He has won two Super Bowls during his career with the Patriots, but as with any big man, injuries from taking numerous hits can take their toll.

In 2011, Gronk sprained his ankle during the AFC Championship game, and noticeably looked hampered during the Super Bowl the following game.

In 2012, he broke his forearm blocking an extra point attempt in against the Colts and missed five games.

In 2013, he broke his forearm again against the Houston Texans and missed the remainder of the playoffs.

During the offseason before the beginning of the 2014 season, he was diagnosed with a fractured vertebra and missed the preseason and six regular-season games. Then on Dec. 8, he tore his ACL and missed the remainder of the season.

A few more injuries over the years, and as recently as the Patriots’ win over the Jaguars, Gronk was diagnosed with a concussion, but was cleared to play in Super Bowl LII.

Any football fan knows that the sport is one of the most physically demanding games humans play, and regardless of age, only that person knows how their body is truly feeling.

Being one of Brady’s top targets, it’s hard to imagine a player that is a constant nightmare match-up for opposing DBs would be leaving a team that is virtually a Super Bowl favorite year in and year out. Perhaps the high emotions of a Super Bowl loss is just playing the part.

Gronkowski has two years and $17 million left on his current contract. Should he retire, he’ll carry $4 million of dead cap space for the Patriots next season.

If this is indeed it for Gronkowski in the NFL, then he’ll have left one heck of a resume and dominance at the position.

After a quiet first half for @RobGronkowski, the @Patriots went to him early and often in the second half of the @SuperBowl. #SBLII #NFLTurningPoint (via @nflfilms) pic.twitter.com/v8MjZEAVdG