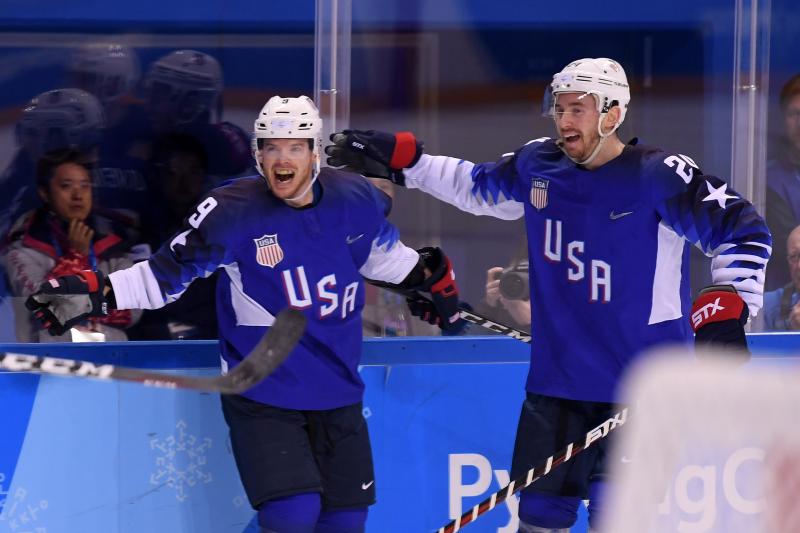 It isn’t quite “must-win” territory for Team USA’s men’s hockey squad at the 2018 Winter Olympics. However, it’s about as close as a team could be in just its second game of the tournament.

The Americans take on Slovakia at 9:10 PM CT Thursday in the second of three games in pool play in the tournament. Both Team USA and the Olympic Athletes from Russia lost in their opening contests, to Slovenia and Slovakia, respectively, leaving Group B wide open.

The U.S. took a 2-0 lead into the third period before pretty much falling apart, as Slovenia scored twice to send the game to overtime and then won it less than a minute into the extra session.

“I thought our energy in the third wasn’t great,” Team USA Coach Tony Granato told reporters after the game. “Twenty-four guys playing their first Olympic game, the hype, the long day. You use a lot of energy. It could’ve been a little fatigue set in mentally because of the way that the day was…But no excuses. They were the better team in the third.”

Granato has plenty of experienced help on his bench, including longtime NHL defenseman Chris Chelios, who went through many big games with Detroit, Montreal and Chicago.

But they’ll have a group of predominantly young pros and collegians trying to carry it out.

All 12 teams in the men’s tournament advance into the bracket round, but seeding is based on what’s happened in pool play. The top four earn first-round byes, a possibility that may already be out of the Americans’ range regardless.

However, it’s time now to gain momentum or things could crash and burn in a big way.

“Tournaments are about getting better each and every game and learning from what happened,” Granato said. “I think more the mindset of realizing it’s going to take 60 minutes to close out any team in a tournament like this.”

The upset bug that bit the U.S. and Russia did not affect the other two pools of play, as all four favorites won in their opening contests Thursday.

In Group A, Canada jumped all over Switzerland with a four-goal first period on the way to a 5-1 triumph, while the Czech Republic had a tougher-than-expected time with the hosts from South Korea before scoring a 2-1 win.

The women’s tournament is through with pool play, with Team Canada securing the top seed in the bracket with a 2-1 win against Team USA Wednesday.

The Americans actually had the better of the play for most of the night, but Canadian goaltender Genevieve Lacasse was sharp, stopping 44 of the 45 American shots, including a penalty shot by Jocelyne Lamoureux. Canada had just 23 shots on goal in the game.