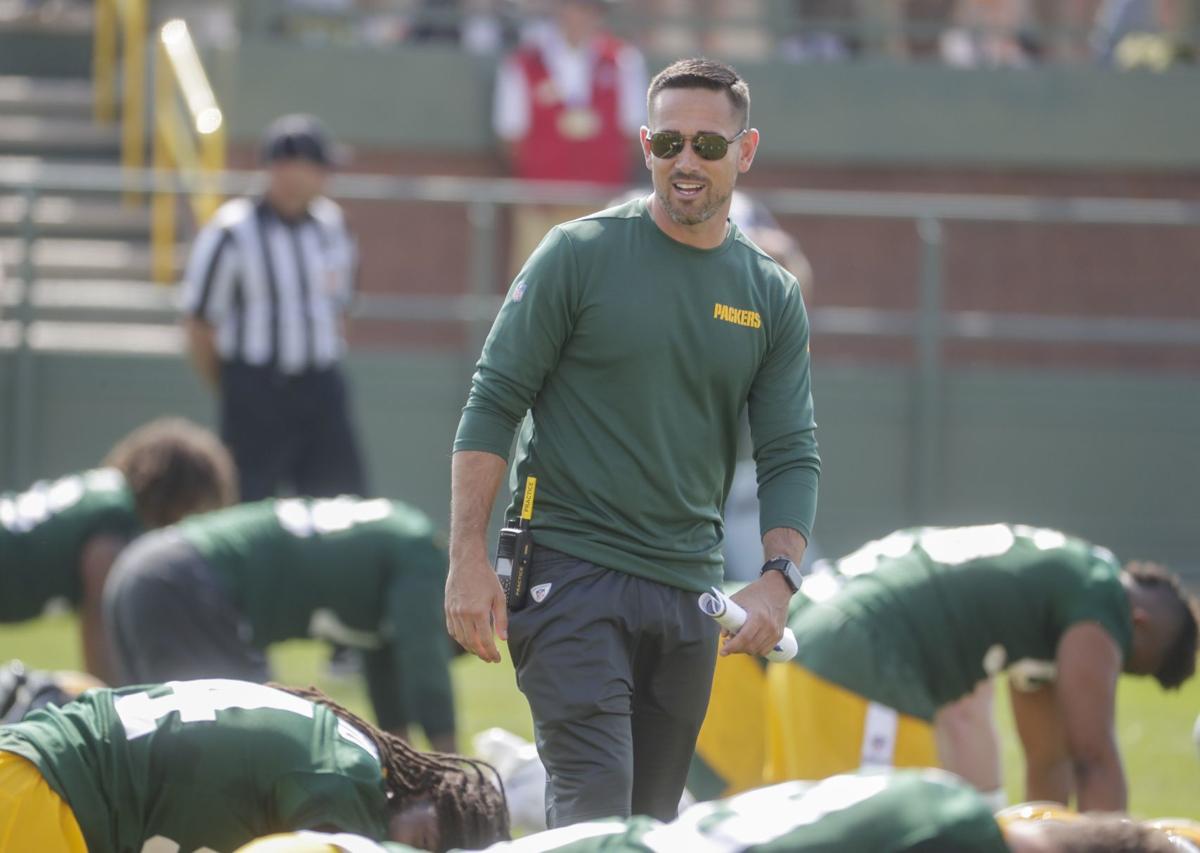 Green Bay Packers Training Camp is one of the most unique experiences in all of professional sports. It starts with several thousands of fans/owners gathering for the annual Shareholder’s Meeting for the only publicly owned team in major American sports. The players ride from the locker room to the practice field on kids’ bicycles, a tradition that goes back to the days of Vince Lombardi. Every day, fans from around the world flock to Ray Nitschke Field, the Packers’ outside practice field that seats 1,500 in addition to the “railbirds” who gather on either end to watch from the streets. That’s nothing compared to the nearly sellout crowd of Lambeau Field that gathers for the annual Family Night practice. That is where the similarities between past Packers training camps and this year end.

In his first season at the helm, Matt LaFleur’s presence has been felt immediately. Fans were pleasantly surprised that the Packers were going to be conducting joint practices with the Houston Texans in the days before the teams face off in their respective preseason openers. Green Bay has not participated in a joint practice since Aaron Rodgers was a rookie in 2005.

The environment at practice is much different in the LaFleur era. Gone are the methodical, monotonous drills and “TV timeout” breaks that former head coach Mike McCarthy would frequently sprinkle in throughout practice. Instead, LaFleur has implemented a high-intensity, fast-paced work environment, complete with music pumping throughout the practice. Each day at camp is different than the last, and players are constantly moving station to station.

Urgency is a word LaFleur used after practice on Day 5 of camp: “Overall, we have to operate with more urgency, just in and out of the huddle. I don’t want to have to condition these guys after practice. I’d rather that practice time be spent for meaningful reps. The conditioning should be in practice, hustling from drill to drill, in and out of the huddle and just practicing with a purpose.” This came after the offense struggled mightily again, with pre-snap penalties, fumbles and other mistakes. On Day 6, the offense took LaFleur’s words to heart, highlighted by a stellar leaping catch by receiver Geronimo Allison on the sideline and a 34-yard touchdown pass from Rodgers to Marquez Valdes-Scantling in a much-needed bounce-back day

An interesting caveat for the rest of camp is how the team will adjust to the mostly new regime. It’s worth noting that the defense, which has looked dominant in both individual and team drills at times, is one of the more stable aspects of the team. This is due in large part to the return of Mike Pettine as defensive coordinator. In his first year, Green Bay’s defense went from 26th to 22nd in points allowed and from 22nd to 18th in yards. They also added Za’Darius Smith, Preston Smith, Adrian Amos and first-round draft picks Rashan Gary and Darnell Savage. If this unit can stay healthy, the dominance shown early in camp should translate to the regular season and help the Packers contend in a crowded NFC.

There may be some growing pains along the way. The offensive players must learn how they fit the scheme and others need to buy into the LaFleur method. Safety Josh Jones was kicked out of practice on Wednesday for his involvement in a skirmish that started after he made a hard tackle on running back Tra Carson, in retaliation for Carson running over another defender. LaFleur has a zero tolerance policy on fighting and has been anti-tackling of teammates, especially unsuspecting players. Jones created waves in the offseason after skipping OTAs and asking to be traded. In an effort to rededicate himself to the team, Jones took the Kobe approach and changed his jersey number to 24. Whether or not he earns a role on the team is yet to be seen.

Green Bay needed the changes that LaFleur has brought with him. The culture was stale and now there is a new sense of life in Titletown. All in all, the NFC North may be one of the best divisions in football. Chicago has a stacked defense and a talented enough offense to not lose many games. Minnesota looks to reclaim its stake as a dominant force as well. Even Detroit has weapons that can cause problems when the stars align. The journey to Super Bowl LIV is officially underway with the start of training camp and you shouldn’t be surprised if Green Bay is in the mix to win the trophy named for its most famous coach.

Harbaugh Hints Lamar Jackson Could Break QB Rushing Record
O.J. Howard is Due for a Breakout Fantasy Season in 2019