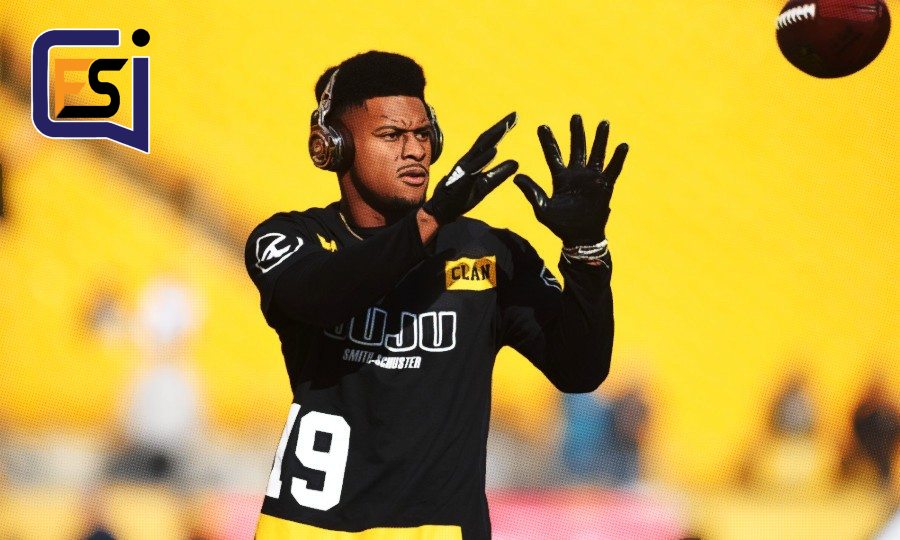 Tournaments in DFS are very top heavy in payout structure. To win a large sum of money, your lineup must greatly exceed expectations. The purpose of this article is to put you on some stacks that can go bonkers and bring home the bacon.

Disclaimer: GPP’s/Tournaments are extremely top heavy on the cash payouts, so I recommend you back up your tournament entries with solid bankroll management and a higher volume of safer cash game entries.

Last week, a combination of New Orleans and Atlanta players got you to the promised land. Drew Brees, Alvin Kamara, Calvin Ridley, Ben Watson, and Michael “I catch everything” Thomas were all part of the big lineup winner. Why? Game stack sprinkled with some value that happened to also exceed projections. Stay tuned at the end of the article for my favorite value plays. Where do we turn this week? Let’s take a look at a few ways to attack tournaments.

I always love a Pittsburgh stack in NFL DFS. Their defense is not the steel curtain and they tend to rely on lighting up the scoreboard to win games. According to my projections and the CB/WR matchups, you need to make a stack of Roethlisberger, Brown, JuJu and Crabtree. I do not mind sprinkling in some Alex Collins or Buck Allen. The image below shows a suggested plan of attack on DraftKings and FanDuel. Notice how I keep the highest salary and latest game time player in the flex, just in case something happens. You can always stack the other side of this at QB with Flacco and hope for some magic. I will stick with Big Ben though. Send it!

There are so many great reasons to attack this game from a stacking standpoint. The starting quarterback for the Broncos is an underdog at home, in the highest over/under game total of the week. Patience, patience, patience. You will have to sweat this lineup out until Monday night to see the fruits of your labor, but I have no doubt that you will be happy with the outcome. Sanders and Thomas should see a lot of Scandrick and Fuller, who are by no means lock down corners. Here is a sample of how I see a stack exceeding expectations. Yeah, I like Seattle’s D/ST this week.

Remember a couple of years ago when these two teams played and it was the cream of the crop game to attack? I think I even had Rob Ryan’s mullet and beard in a lineup. It was probably a 59 over/under and it ended up falling far short. Well, not this year baby. Put the house, boat, cars, and your 401K on this game. Hell, might as well hock the wife’s ring and send that too.  The scoreboard is going to light up like a late night Western Conference NBA game. Brees, Kamara, Thomas paired with Shepard and Beckham. That is the main stack in this game, but I will be sprinkling in some shares of Ted Ginn Jr., Ben Watson, Saquon Barkley, and yes even Rhett Ellison at bare minimum salary. Ellison has played almost 40% of team snaps and caught all of his targets. No Engram this week, so Ellison will get the bear’s share of the snaps at TE. Mix and match but this is a good start.

Punts for the Promised Land

If you want to win a GPP, you need punts. Punts are low salary players that can score far above their value so you can afford the studs of the week. Use these players if you need to save some salary and walk the tight rope.

Shady is nursing cracked ribs and GB cannot defend a pass catching or above average running back with the recent loss of Mo Wilkerson. He’s a lock for me.

C.J. Beathard is the starting QB this week for the Niners. He will need a safety blanket against the Chargers while playing from behind. I love this play in PPR leagues and Kittle could even get in the endzone with his YAC stats in garbage time. Kittle even has just as many targets or more than Eric Ebron, Jimmy Graham, Gronk, and Kyle Rudolph. Send it!

Seattle should be playing from ahead in this one and will get some turnovers in enemy territory. The Seahawks are favored by three points, but Carson should enjoy a nice day out of the backfield versus a Cardinals D that is allowing 136 rushing yards per game. He’s more affordable on DK, but I still like him on both sites because he should get a TD this week, with a pile of carries that will lead to yards.

As a gift to you for making it through this article, here is a link to my NFL DFS projections