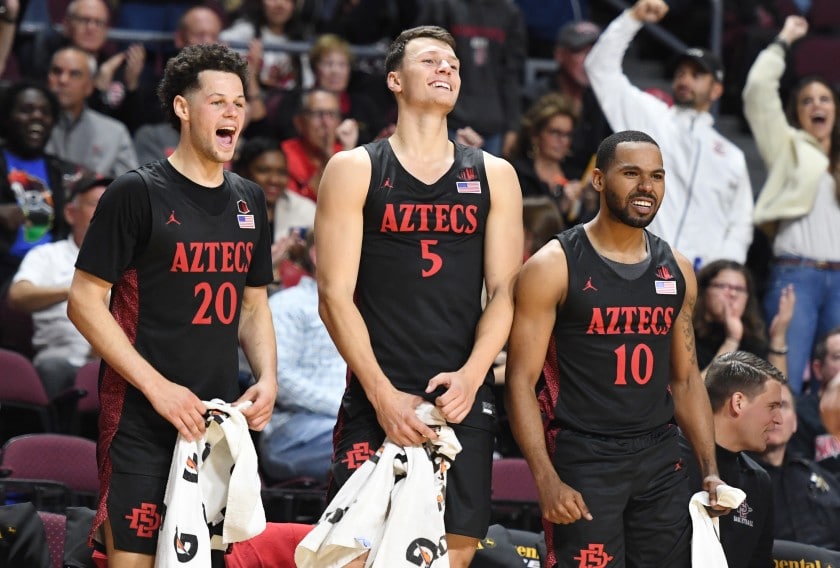 Being a top two seed in the Mountain West Tournament has been an indicator of success, with those lines combining to win seven of the last ten tournaments. However, history is even more on the side of the 2-seed, given that it has won five of those seven tournaments, including Utah State last year. The Aggies again find themselves on the 2-line this season, behind nationally ranked San Diego State. The 4-seed (two tournament wins in the last ten years) is held by host UNLV while the 5-seed (one win in the last ten) belongs to Boise State.

Top seed San Diego State didn’t just win all but one of their Mountain West Conference games this season. They dominated them, finishing with a +16.1 scoring margin and a points against per game mark of 59.2, both tops in the league. Utah State ranked just behind the Aztecs in both categories (+13.1, 63.6) and also finished third in scoring offense with 76.7 points per game. The only other team to consistently crack the top five across all three major statistical categories was Boise State. The Broncos finished third in scoring margin (+7.1), fourth in points (76.5), and fifth in points allowed (69.4).

If you only consider where they finished, the Mountain West Conference preseason poll was accurate in predicting the top two in the reverse order of how it actually played out. However, when you account for the remarkable 1-loss campaign San Diego State has had, having them behind Utah State in the preseason projections is a bigger miss than it seems. The Mountain West’s greatest overachiever award was a tie between 4-seed UNLV (picked 7th) and 6-seed Colorado State (picked 9th). The greatest underachiever was 7-seed New Mexico (picked 4th).