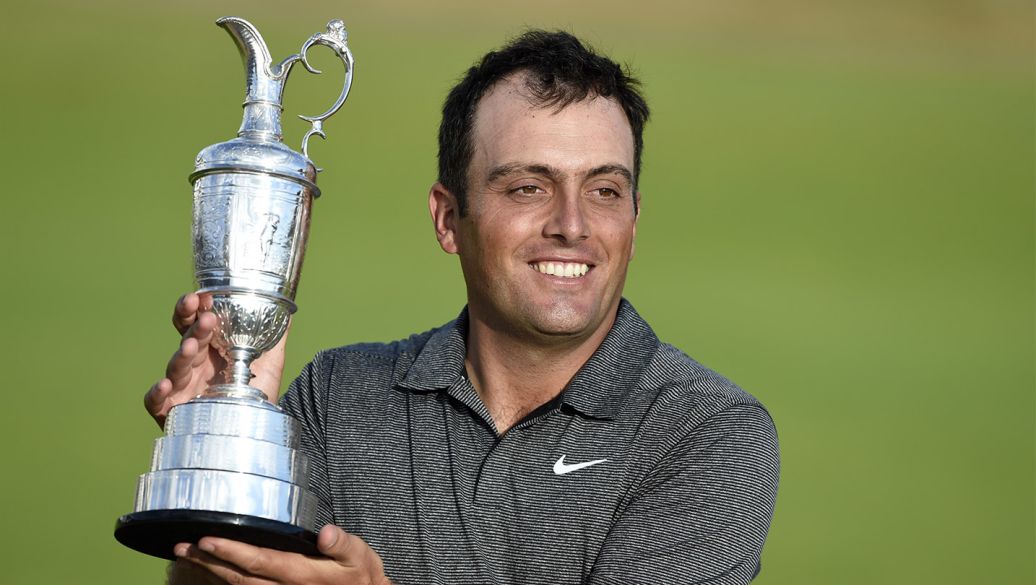 As Tiger Woods pushed to the lead in the middle of the final round Sunday at the 147th Open Championship, it looked like the winner of golf’s third major of 2018 would be coming from his group.

He was. But it wasn’t Woods.

Instead, Francesco Molinari, who’s been the hottest player in golf this summer, put up a steady, championship-worthy performance by playing his final 37 holes without a bogey. He used two late birdies to catapult to the lead and win by two strokes over Justin Rose, Rory McIlroy, Kevin Kisner and Xander Schauffele. Woods was in a group tied for sixth, another shot behind them.

Molinari’s summer now has included a win at the European Tour’s BMW PGA Championship the last week of May, a triumph by a whopping eight shots at Quicken Loans National three weeks ago and a tie for second last week at the John Deere Classic. But none tops what he did in becoming the Open champion. While the rest of the field seemed to be stumbling as Woods’ name was prominent on the leaderboard Sunday, Molinari just kept chugging along making solid pars and not blinking.

And ultimately, Woods was the one who blinked. At the par-4 11th, Woods sprayed a tee shot into trouble, went wide left on his second shot and eventually wound up with a double bogey 6. He followed that with a bogey and then had to watch his playing partner find his way.

Molinari scored his first birdie of the day on the 14th to take the lead and punctuated it with finishing birdie at the final hole, more than enough to hold off the late charges by Rose and McIlroy. And when Schauffele, the young American who had his best major showing of his career, bogeyed the 17th, it was all academic as Molinari became the first Italian to win a major.

While Woods didn’t win, his mere presence in contention brought tons of eyes to the tournament that might not have otherwise been there. They saw some great theater from not just Tiger, but a number of other outstanding players, not the least of which was the new champion.

Is Woods back? It’s hard to say he isn’t at this point. After multiple seasons of barely being able to finish a tournament due to his back problems, Woods now has 12 starts in 2017-18. He’s made 10-of-12 cuts and this was his fourth top-10 finish. Not vintage Tiger numbers, obviously, but a long way from a guy going through multiple surgeries and having to sit on his couch watching week after week as others play.

This week at Carnoustie, it was in his hands with eight holes to play and it got away. Mostly because Molinari went and won it, rather than Woods losing it, but you know the Big Cat is steaming a bit about not finishing this one off.

Hopefully it leads to some more great days of golf ahead like we got Sunday.

Breaking Down the U.S. Open
G-Mac Euphoria Intensifies Ahead of Open Championship