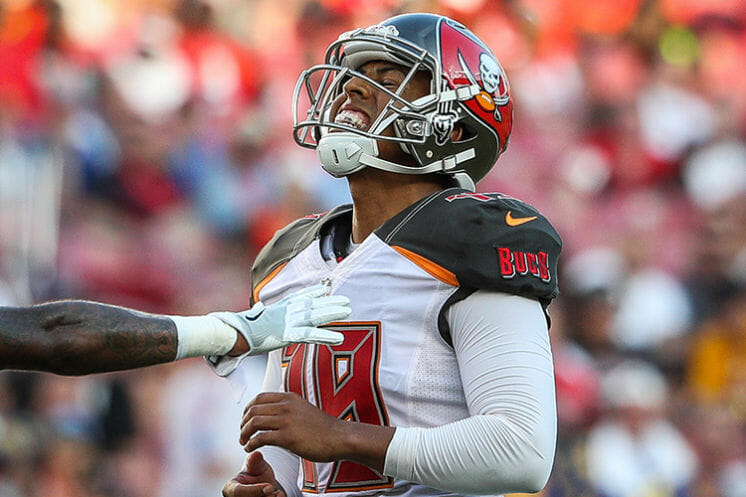 As the NFL season quickly approaches, it is finally time to talk seriously about fantasy football! Let’s be honest, the most exciting day of the entire season is draft day. For most players, this is the one and only day their team is relevant. Luckily, this will not be any of you since you are early in your draft strategy preparation. If you do not have a strategy, you’re in luck! I am about to share one of my favorite strategies that I use in my fantasy football draft every time the league’s settings makes it possible. Ready for it?

Do NOT draft a kicker.

I know there is a portion of you happy, because you feel like kickers should not even be included in fantasy football. Another group is angry because you feel like you need to win every position, because having a difference-maker will lead you to a championship. The rest of you just want me to hurry up and get to the juicy details, so here we go.

I looked at the top-10 kickers chosen in 2017 according to their ADP (Average Draft Position). Out of those ten, only four finished in the top-10 in fantasy points at their position! The four who made it were Stephen Gostkowski (NE), Justin Tucker (BAL), Matt Bryant (ATL), and Wil Lutz. The top scoring kicker last season was Greg Zuerlein of the Rams, who wasn’t even in the top-15. He scored ten more points than the next man while missing two games, and you could have picked him up after the draft.

My point: do not waste a valuable draft pick on a player with the same (or worse) value as someone who goes undrafted.

Now, I know you all are clamoring for who you should be selecting with these picks. It is pretty simple; you should draft a player whose value would skyrocket if there was an injury. Many of these players are drafted earlier in the draft to “handcuff” the star players (if you’re confused by this strategy, just ask). If someone happens to get injured before week one, you could end up with a starter from your last pick! If nothing happens, you can just drop them before kickoff to pick up your kicker. No risk, high reward.

Last season, Spencer Ware tore his LCL and PCL just before the season began, letting down many fantasy owners who didn’t wait until the last minute to draft. However, he did open the door for Kareem Hunt to have one of the most electrifying NFL debuts in recent memory.

Instead of discussing all of the handcuffs that are obvious and will already be taken, I will give you ten guys who currently have an ADP of later than 140, since they should be there on your last picks in a standard 10-team league.

I will list the player, then in parenthesis name the player who would need to get injured for the handcuff to have value. Here are my ten in no specific order:

I’ll give one example just to explain my strategy more clearly. Instead of selecting a kicker in the 15th round, let’s pretend you picked Rod Smith of the Cowboys. Through some unfortunate circumstance, Ezekiel Elliott happened to tear his hamstring. You now have the starting running back for the Cowboys from your pick in the 15th round, and he could easily have more value than Dalvin Cook or Christian McCaffrey, who were both selected in the second round. Simple, right?

If you think you will use this draft strategy, let me know! Also, what is your go-to strategy that has worked for you in the past? Feel free to share in the comment section of this article or continue this conversation over to the Discuss section of our site!