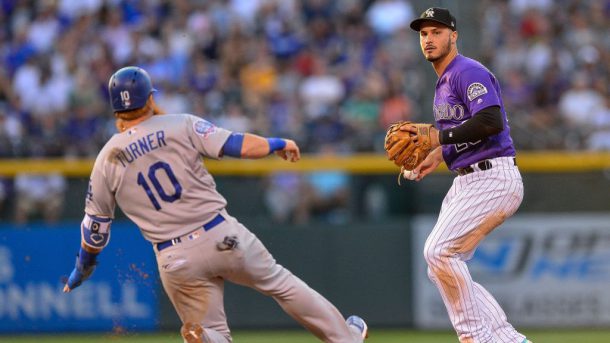 The 2018 Major League Baseball regular season has reached its final weekend. After nearly a six-month long season, it really is unfathomable to have so many teams separated by so few games in the standings. With stakes at their highest, who will come through in the clutch and punch their ticket to the playoffs? Who will pull out all the stops to get the optimal playoff seeding? Here is what remains up for grabs as teams play their final series this weekend.

Both the Chicago Cubs (93-66) and Milwaukee Brewers (92-67) clinched postseason berths in victorious efforts Wednesday night. Now, with three games left for each squad, winning the NL Central is the priority in order to avoid the one game Wild Card round. Entering the weekend, the Cubs hold a one-game lead over the Brewers in the standings. Chicago admittedly has the much tougher opponent though as they play host to the St. Louis Cardinals (87-72) who will be fighting for their postseason lives. The Brewers close with three home games against the Detroit Tigers (64-95) who have been out of the AL playoff picture for months. Whichever club doesn’t win the division will be hosting the NL Wild Card game at their home ballpark.

It feels like the Los Angeles Dodgers (88-71) had a whole game and a half in hand in the NL West race just yesterday. Now, they find themselves trailing the red-hot Colorado Rockies (89-70), winners of seven straight, by a whole game entering the final weekend of play. The Dodgers boast a +170 run differential to just +33 for the Rockies, but yet they are the team needing to make up ground. Colorado will be home for the final series of the year against the Washington Nationals (81-78), while the Dodgers travel north to face their top rival, the San Francisco Giants (73-86). Whichever side doesn’t claim the division crown will still have a shot to make the postseason as a Wild Card (see below), but obviously avoiding the one-game playoff is more than ideal.

There is still so much going on here! As mentioned above, the first NL Wild Card will go to either the Cubs or the Brewers, whichever side DOES NOT win the Central. The second Wild Card slot is much cloudier. Either the Rockies or Dodgers have to win the West. The one who falls short in that race will find themselves battling in the standings against the Cubs’ opponent this weekend, the St. Louis Cardinals. Entering the weekend, the Dodgers hold just a one game lead over the Cardinals for the second Wild Card slot. With the matchups as they are, all the races still up for grabs in the National League will be directly impacting each other. Talk about crazy!

The entire AL postseason picture is wrapped up, except for one important piece. The location of next Wednesday’s Wild Card game is still up in the air. The New York Yankees (98-61) and Oakland Athletics (96-63) have already locked down the Wild Card spots, but there is a slim chance that the A’s can leapfrog New York in the standings and host the Wild Card game. The Yankees did their part this week to have the festivities in the Bronx, by taking three of four on the road from the Tampa Bay Rays (88-71). That effort staked them to a two-game lead over the Athletics with just three to play entering the weekend. And while the Boston Red Sox (107-52), their opponent this weekend, have nothing to play for with the top overall seed locked up, any Yankees-Red Sox series will bring out the best of both clubs. The Athletics will be traveling to Anaheim to battle the Los Angeles Angels (78-81) this weekend. They essentially need a sweep to have any shot of making up the two-game deficit.