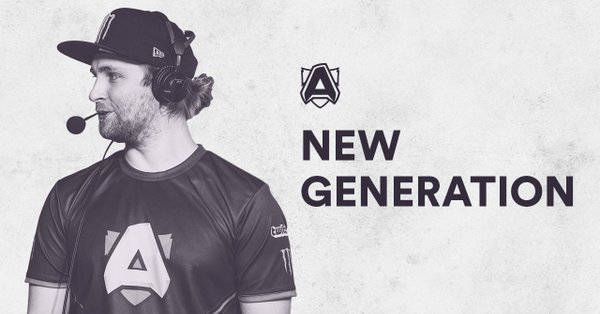 Legendary position 1 of Alliance, Jonathan “Loda” Berg is retiring from professional Dota 2 scene. Loda is a member of the legendary Alliance line up that won The International 3. He is the co-owner of the player-owned Alliance, alongside Joakim “Akke” Akterhall and Henrik “AdmiralBulldog” Ahnberg. Loda was the only player that stayed on Alliance from its creation until his retirement. Alliance will usher a new generation, with its original line-up now retired, inactive or playing for another team.

The End of An Era

“A day that I feared for a long time, but now that it’s here, it feels right.”

Loda has been with Alliance for 1,878 days. He is the founding member of Alliance, alongside Akke, AdmiralBulldog, s4, and EGM. Spending almost his entire Dota 2 career with Alliance, Loda was the personification of Alliance. Alliance was founded after No Tidehunter signed a contract with then Evil Geniuses’ CEO, Alex Garfield. With this announcement, he also stated that he will become their coach in the mean time.

“And with me leaving the squad, they do no longer have to stand in the shadow of Alliance’s past results, they are the new generation of players and will write their own story.”

Alliance recruited Maximillian “Qojqva” Broecker to replace Loda’s position. They feel that Qojqva is the person that they are most familiar with. Qojqva has played with current Alliance’s carry miCKe and Alliance’s hard support iNSaNiA before in TuHo, and that factor played a lot on his recruitment. Loda believes that Qojqva can be a great replacement for him, and he will have an easy adjustment to the team.

A Special Thank You

Dota 2 Supermajor: Predicting Every Group’s Winner and Loser
All Direct Invites Confirmed for The International 2018