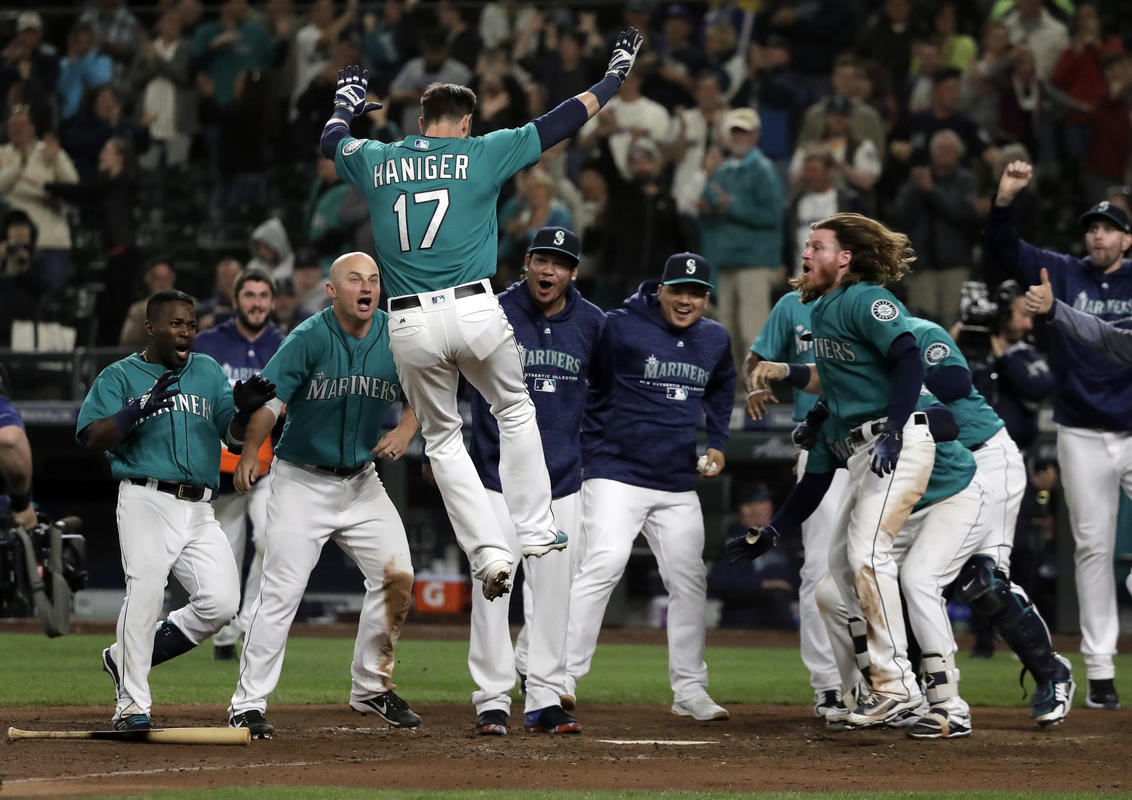 We currently sit 40 days away from the 2018 MLB All-Star Game. Many teams are currently playing without some of their star players going into the midway point of the season. One of these teams is the Seattle Mariners who, despite losing Robinson Canó to an 80-game suspension, have played good baseball in recent weeks. Seattle has won 14 of their last 17 games, currently sitting in first place in the AL West.

Others haven’t been quite so fortunate. The St. Louis Cardinals were thrilled to have pitching prospect Alex Reyes back on the mound, only to have him tear a lat tendon and undergo season-ending surgery. Five other pitchers and shortstop Paul DeJong grace the Cardinals’ disabled list, and St. Louis has struggled to weather the storm. The Cardinals are 12-14 since May 7th and have dropped down to third place in the NL Central.

Each team has a little over 100 games left, and managing injuries over that span will be a big part of determining who plays in October and who stays home. With that, here are this week’s MLB Power Rankings presented by FlurrySports.

The Phillies continue to not only stay in the mix as far as the NL Wild Card, but also within their division. Philadelphia currently sits in third place in the NL East, only 2.5 games out of first place. The month of June will be a definitive test as to whether or not the Phillies are a legitimate contender. Over the next few weeks, the Phillies will face the Cubs, Brewers, Rockies, Cardinals, Nationals, and Yankees. All of these teams have winning records.

The Cardinals are a good baseball team. For years they have been able to consistently put together a squad that competes to participate in postseason play. This year’s club has a shot at returning to the playoffs, but it will be difficult. St. Louis has had to weather many injuries thus far (as stated above), and haven’t been able to maintain a certain level of consistency lately. One area that is in definite need of improvement is their defense. The Cardinals have the lowest fielding percentage in the National League, committing 47 errors in 59 games played.

The Nationals are starting to look like the team we thought they would be going into the season. Before running into the Braves, the Nats rattled off six-straight wins, sweeping the Orioles and Marlins on the road. The offense has yet to come around, but Max Scherzer certainly has. Scherzer has a 10-1 record in 13 starts this season with a 1.95 ERA. With his 13 strikeouts against Tampa Bay on Tuesday, Scherzer ballooned his season total to 133, the most in the major leagues.

The Cubs have played really good baseball as they’re staying in the mix in the NL Central. A four-game sweep of the Mets in New York has pulled the Cubs within a game of the Brewers in the division. The Cubs owe much of their success to having the second best team batting average and third best team ERA in the majors. After this weekend’s home stand, the Cubs will have a shot at their division’s current leader, as they will head to Milwaukee for a three-game series.

Remember how all of the talk surrounding the NL East was that the Washington Nationals were going to run away with the division? Well, the Braves have made sure that the Nationals aren’t going to take the NL East without a fight. The Braves took three out of four games from the Nationals this week, maintaining their slim lead in the division. The Braves are also one of three teams to average 5+ runs-scored per game and less than four runs allowed per game (Red Sox, Cubs).

The Mariners have been on a roll as of late. Their offensive production has steadily increased, and their pitching has flourished while playing with leads. Newcomers Denard Span and Alex Colomé have already provided value. Span has batted 0.333 in his last seven games for the Mariners. Colomé, meanwhile, has made four appearances out of the bullpen, allowing no runs and recording one save. The Mariners will have a chance to host the Angels and Red Sox next week.

Despite a recent skid, the Brewers still have the best record in the National League. Their revamped lineup and pitching staff has been absolutely lights out through the first 2+ months of the season. One key contributor has been first baseman Jesús Aguilar, who has filled in well for an injured Eric Thames. Hitting 0.294 with 10 homeruns and 32 runs batted in, Aguilar’s bat could very well be a fixture of Milwaukee’s lineup for the next few years.

The Astros have lost seven of their last ten games and have dropped into second place in the AL West. Why are they still ranked in the third spot? These losses have come against the likes of the Boston Red Sox, Cleveland Indians, New York Yankees, and Seattle Mariners. As it stands right now, all four of those teams are in the playoffs. There’s little reason to be worried about Houston. They’re still 12 games above 0.500 and have managed to avoid losing players to serious injuries.

You would be hard-pressed to find any serious issues with the New York Yankees this season. Any issues that they may have are masked by an offensive attack that puts up nearly six runs per game. They Yankees possess five hitters who have double-digit homerun totals, and four players who already have over 30 runs batted in. Depending on how the rest of the season goes, New York could very well coin the phrase “offense wins championships.”

Good news for Boston: they remain in the top spot of the power rankings and are the first team to eclipse 40 wins. Bad news for Boston: Dustin Pedroia returns to the disabled list with left knee inflammation, and he is joined by Mookie Betts. Betts, who has been a leading MVP candidate in the American League, hit the DL last week with a left abdominal strain. The Red Sox, however, have weathered the storm, winning 12 of their last 15 games with Betts’ return being imminent.

Are the Washington Wizards Stuck in a Rut?