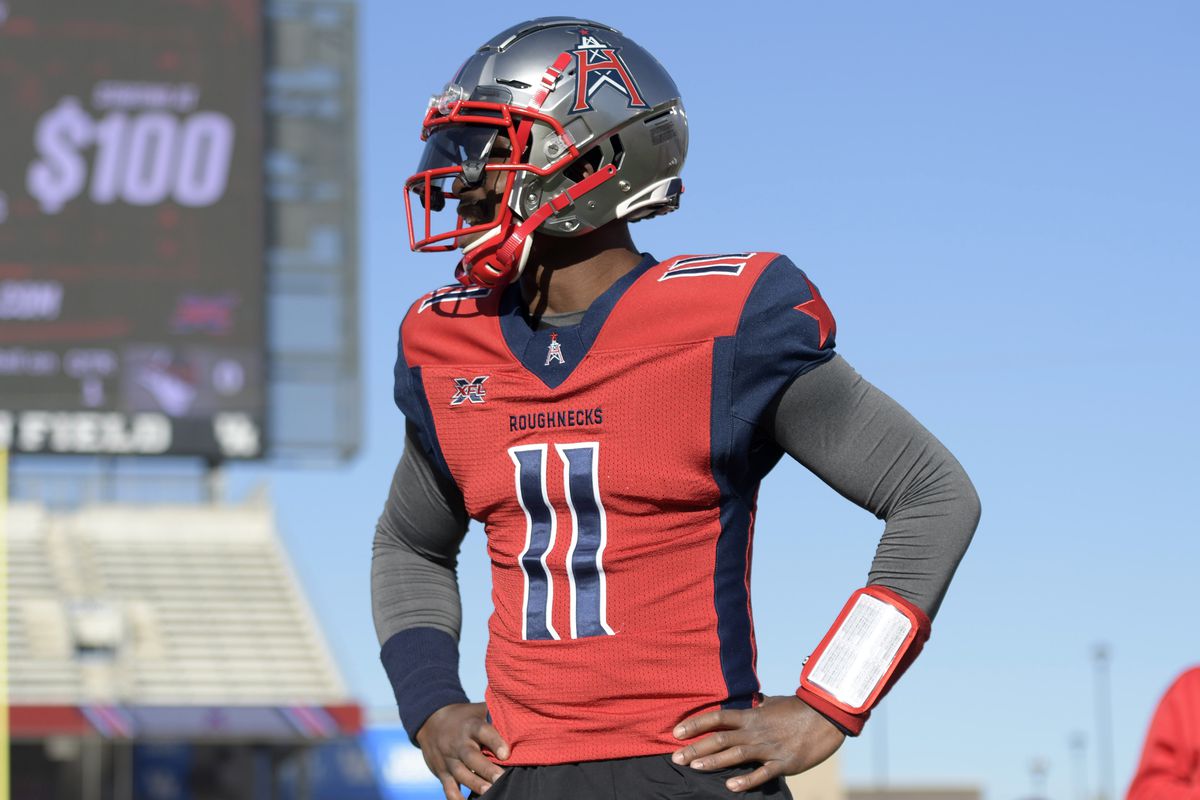 After five XFL game weeks, most fans have an idea where their favorite team will rank at the end of the season. Betting fans, however, are focused on each weekend’s results. And fair enough, this year’s XFL leagues has had some great betting fixtures.

In case you are wondering, you can find a list of NFL betting sites that support XFL games on this page. They offer the most wagers: moneyline, totals, props, spreads and accumulators.

Some of them also welcome new punters with bonuses, so pick a bookmaker to use carefully. Besides free bets, also choose a bookie that provides competitive odds. That’s the best way to maximize your betting returns.

The Roughnecks are on a roll, but their flawless record this season nearly got snapped by the Seattle Dragons in front of their home fans. The keyword is nearly, because after losing the first quarter 0-6, the Roughnecks engineered a powerful comeback to win the game 32-23.

It was a tough game in which they lost two quarters. However, they performed so splendidly in the quarters they won that they deserved the win. Precisely, Dallas outscored their opponents 14-8 in the second and 12-0 in the final quarter.

With the victory, the Roughnecks sit comfortably atop the Western Conference. On the other end, Seattle ranks last in the same conference having lost four of five games.

The Guardians’ trip to Dallas on Saturday culminated in a sweet victory for the visitors as they crashed the hosts 30-12. Things started well for the Renegades, playing an incredibly defensive game to tie 6-6 at halftime.

After half-time, the tides changed and New York took control of the rest of the game, scoring 21-6, and 3-0 in the third and fourth quarters respectively. It was such an unbelievable turn of events, and one Dallas will hope to forget quickly.

After two-game weeks, bookies were predicting the battle for the XFL Championship would be between the Houston Roughnecks and the D.C. defenders. They weren’t entirely wrong.

Houston looks unstoppable in their bid to win the tournament. The Defenders, however, seem to have lost their form along the way.

Can the Guardians stop the Roughnecks, and hopefully shift the title odds to their favor?

Halfway through the XFL regular season, the Roughnecks are the clear favorites to win the competition. Again, their star quarterback, P.J. Walker is dominating MVP talks, and deservedly so.

The 25-year-old former Indianapolis Colts player has been a huge reason for Houston’s incredible season. He leads the league with 1338 passing yards and has 15 touchdowns and four interceptions.

To expound more on his incredible season, Walker has been attracting comparisons with Chiefs’ Patrick Mahomes since game week three. Of course, he’s been getting some help from star receivers Cam Philips and Nick Holley.

If the Guardians have to guard one player, however, it should be Walker. His 351 yards and three touchdowns were a crucial reason for his team’s victory in Seattle. Phillips had a better day, though, with nine touchdowns and 455 yards.

Ranked eighth on offense, the Guardians will hope for a miracle to edge first-placed Houston Roughnecks. In all fairness, they’ve been winning convincingly, often steamrolling past their opponents.

Their secret weapon is their defense, a department they hope to fully utilize when they host Houston on Saturday. Indeed, two of their linebackers, Cavon Walker and Jarrell Owens, lead the league in sacks.

But guess what? Houston also has three of the top five linebackers in the league: DeMarquis Gates, LaTroy Lewis, and Carl Bradford. Better yet, the Roughnecks have two of the league’s top five cornerbacks: Deatrick Nichols and Cody Brown.

Against that backdrop, Saturday’s game will be a battle of the best defenses in the XFL.

Who Has the Better Defense?

The Roughnecks have been allowing yards and points tremendously. But that doesn’t mean they have the worst defense lines. Quite the contrary, they rank third based on the number of yards allowed. By comparison, New York ranks seventh.

When it comes to sacks, Houston ranks first with 15. The Guardians are second with 13 sacks. Houston leads the league with 12 takeaways whereas the Guardians rank a distant fourth.

As mentioned, the Roughnecks have been conceding points at a significantly high rate. And due to that, they rank seventh, only defeating the Seattle Dragon. The Guardians haven’t been the most defensive side, but they’ve only conceded 85 against Houston’s 111.

A Win for the Roughnecks

The Guardians have proved on several occasions that they have a defensive line to reckon with. But they’ve also shown that they are not infallible. Indeed, New York has been struggling to score when faced by an equally defensive-minded team.

Worse, the Guardians’ two losses were pretty bad, 0-27 against the Defenders and 9-29 against the BattleHawks. Luckily, they are back to winning ways—meaning they will be motivated come Sunday.

Despite that, it will be difficult for Win to outscore Houston. They might force the game into a low-scoring one, but the Roughnecks are too good for them.

None of XFL teams, including Eastern Conference leaders St. Louis, has been able to stop them. They will lose at some point, but it won’t be against the Guardians.