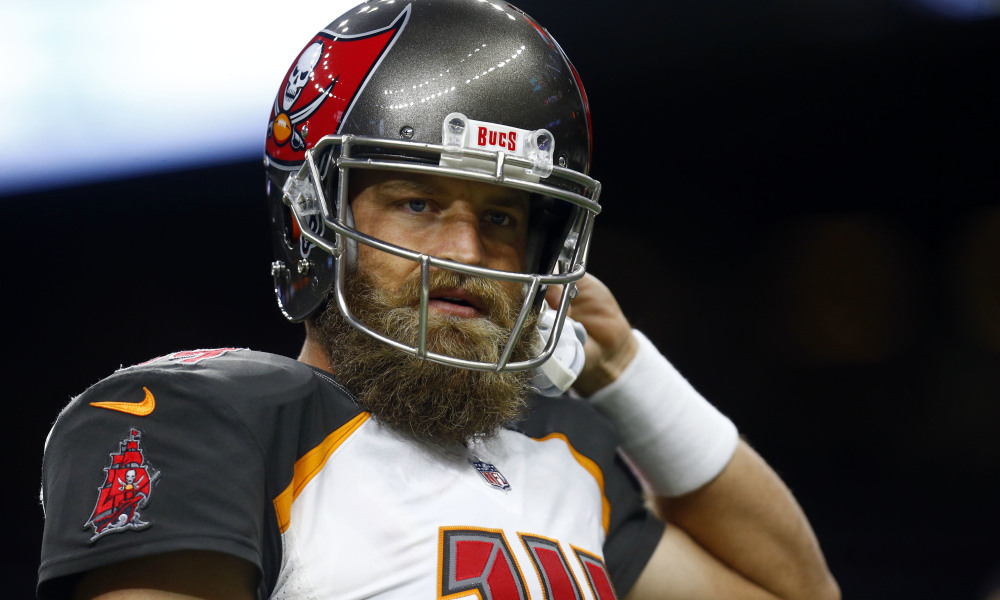 Tampa Bay Buccaneers head coach Dirk Koetter announced that Jameis Winston would be the team’s starting quarterback for week 6 after the team goes on a week 5 bye. Thus, bringing an end to Ryan Fitzpatrick and his magical run of starts known as “FitzMagic.”

The work that Fitzpatrick did the first couple weeks of the 2018 season cannot be understated. The man (who went to Harvard by the way) singlehandedly made Tampa Bay Buccaneers football a national topic of conversation. Every sports talk show, radio show, and pundit on Twitter was talking about Fitzpatrick and the Bucs. The last time people were all talking about the team was when chef Winston was serving up “W’s” on the field pre-game.

Spoken by @Jaboowins. "How many people wanna eat a W tonight?" I can't stop watching this. pic.twitter.com/guNsjE9I2D

So when Jameis Winston was suspended three games to start the season, people wrote the Bucs off even more, if that is even possible. But in comes the 13-year veteran with the Yukon Cornelius beard, on his seventh NFL team.

Week 1 on the road against the Saints, Fitzpatrick threw for 417 yards, 4 touchdowns, and completed 75% of his passes en route to a 48-40 victory. The legend of “FitzMagic” was born. The sports world was stunned. Never before had someone so obscure gone into the Superdome and stunned Drew Brees and the Saints. Now people were starting to take notice of the magic building in Tampa. Something felt different about this team. Fitzpatrick was using Mike Evans and DeSean Jackson as deep threats and it was paying off, as both receivers had 147 and 146 yards respectively. Next up, a matchup with the defending Super Bowl champion Philadelphia Eagles.

At home against the Eagles, Fitzpatrick almost had the exact same success he did against the Saints. He threw for 402 yards, 4 touchdowns and completed almost 82% of his passes, while beating the Eagles 27-21. Fitzpatrick connected with DeSean Jackson and O.J Howard for a pair of 75-yard touchdowns. And let me tell you folks, they were works of art.

But the peak of “FitzMagic” was during the post-game press conference. This was a moment where you could tell that it could get no better for Ryan Fitzpatrick. He walked to the podium dressed in DeSean Jackson’s clothes: a black jacket with no under shirt, multiple gold chains, and dark aviator sunglasses. The man was oozing confidence, and it showed when he was dropping one-liners with the same ease he dropped touchdown passes that day.

My personal favorite lines are “I think we just have to stay humble,” as he’s dressed like an extra in a Flo Rida music video. And when asked what part of the ridiculous outfit was his, saying “The chest hair is mine” is an all-time response.

But as much fun as it was after week 2, I think a part of Fitzpatrick knew he could never achieve the success he had again. Why else would he have so much fun with it? This is a man who is very self aware. Fitzpatrick knew that eventually his time would run out and he would be back on the bench, so he lived every second of “FitzMagic” to the fullest. He knew that he wasn’t supposed to be the starting quarterback of the hottest team in the NFL. ESPN’s football power index is proof of that.

Ryan Fitzpatrick joins Tom Brady and Cam Newton as the only the only players to throw for at least 400 yards in each of their team’s first two games of a season in NFL history. pic.twitter.com/HgLeRHXeX7

The Beginning of the End

Going into week 3, the whole sports world was buzzing about the man, the myth, the Fitzpatrick. A primetime matchup with the Steelers would prove once and for all that FitzMagic was no joke, and that the man who, again, went to Harvard (no one mentions this), could be a legitimate NFL starting quarterback.

Fitzpatrick came out swinging, throwing a quick touchdown to Cameron Brate to give the Bucs a quick 7-0 lead. But then the magic started to fade, as Fitzpatrick threw three interceptions and limped into halftime down 30-10. While he was able to come out stronger in the second half, throwing no more picks and adding 2 more touchdowns to his line, the damage was done. The label “FitzTragic” was already thrust upon him.

The reviews were mixed following this week 3 loss. On the positive side, Ryan Fitzpatrick became the first NFL quarterback to throw for 400 or more yards in three consecutive games, finishing week 3 with 411 yards through the air. But his first half interceptions and three-and-outs that came with it started casting doubts on his magic touch.

The week 4 game against the Chicago Bears was the final nail in the coffin of Ryan Fitzpatrick. He was taken out of the game having gone just 9/18 for 126 yards, 1 interception, and was losing 38-3 to Mitch Trubisky and the red-hot Bears. Jameis Winston came in during mop-up duty and was able to complete 80% of his passes and throw for the Bucs only touchdown of the day.

Back To The Bench

It was no shock that Jameis Winston was announced as the week 6 starter. I mean, how could Dirk Koetter put Fitzpatrick out there following the complete meltdown in Chicago. But what gets me is that Koetter said that it was his plan all along to bring Winston back after the week 5 bye. I don’t believe that at all. I think had Fitzpatrick looked semi-competent out there against the Bears, we would be seeing “FitzMagic” back out there after the bye week. Fitzpatrick gave the team the spark it so desperately needed and Koetter had to change his plans for bringing Winston back due to all the “FitzMagic.” Saying it was all part of the plan is a cop-out.

Lost in all the Jameis Winston drama is how Ryan Fitzpatrick the man is taking the news that he is a backup again. This man went from rags to riches to rags. He was living the NFL version of the plot to the Steve Martin movie “The Jerk” (well worth the watch I might add). Just listen to what he had to say following the announcement.

I have never seen a man so distraught before in my entire life. He says throughout that he wishes he could be back out there with his guys, just going to show how deep of a bond he developed with his teammates in just a short amount of time. I mean, this was a man who just a few short weeks ago was dressing like Conor McGregor and rubbing beards with the offensive line.

Now he will sit idle on the bench with a Surface tablet, trying to muster a happy face and be a supportive teammate, as he hands the keys over to Jameis Winston. But while the “FitzMagic” in Tampa may be over and done with, come free agency in March, I guarantee some team will overpay for him based off his starts in September.

“Don’t cry because it’s over, smile because it happened.” -FitzMagic 2018