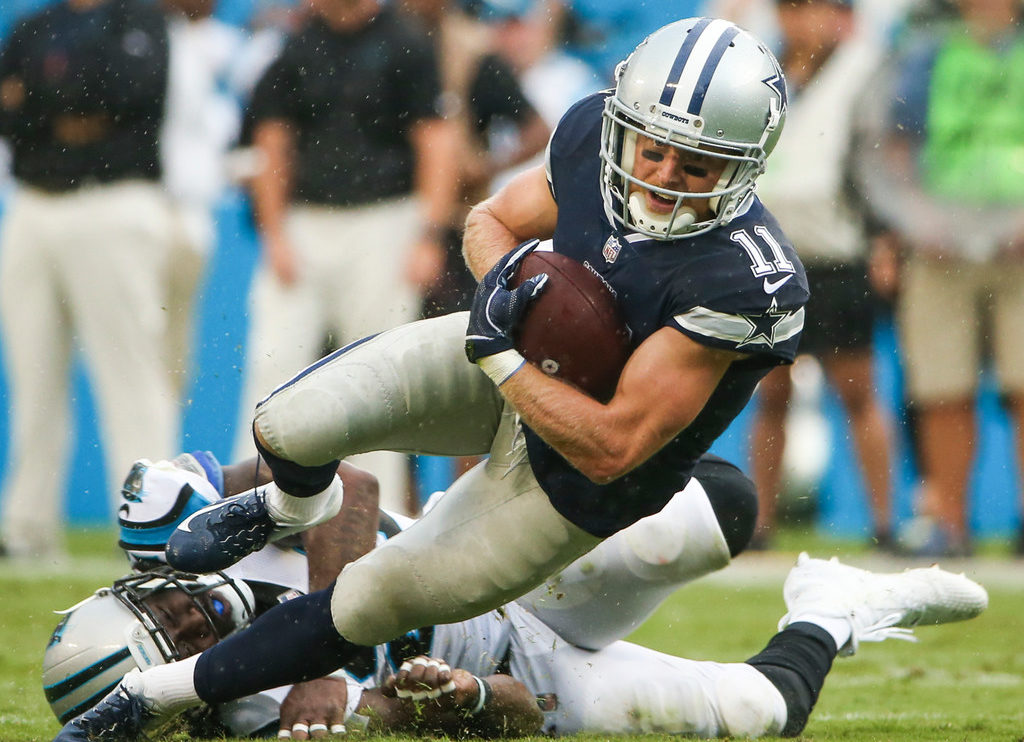 The Dallas Cowboys started the season off with one in the loss column, losing to the Panthers in a poor performance. Ezekiel Elliott failed to reach 100 total yards, which is a letdown for him. This meant there was pressure on the passing game, and this pressure did not lead to much happening. Dak Prescott passed for just 170 yards, with no touchdowns or turnovers. It was a game of mediocrity, which has seemed to be the Cowboys wide receivers’ forte.

This remade receiving corps has been a focus of the fantasy football community throughout the preseason. After Dez Bryant and Jason Witten both left, there were plenty of targets to go around. While nobody had an outstanding day, let’s take a look at how the snap share played out.

Cole Beasley led the way for the receivers, catching seven passes for 73 yards. Deonte Thompson was second, with three catches for 27 yards. Hurns, Gallup and Williams each caught one ball for 20 yards or less. The only thing we can take away from this is that Cole Beasley is clearly the top receiving option when things aren’t going well.

Behind Beasley, there’s still a competition. Allen Hurns got the next most snaps, though 59% is not what you’d expect from your top receiver, as many thought he’d be. After losing Dez and Witten, there’s a big hole in the receiving corps, but they also lost a ton of size in the red zone. At the wide receiver position, Hurns is 6-1, making him the biggest of the group.

Also, what happened to the “one or two dozen touches per game” for Tavon Austin, Scott Linehan? We knew you were either full of it or stupid, but to go from that statement to three total touches in week 1 is pretty impressive. It’s even more impressive when we remember how Linehan was talking up Tavon Austin as an outside receiver before anything else, then he gets zero targets in his ten snaps.

I would not be surprised to see the Cowboys bring in another body, but even if they don’t, I expect this to be one of the worst performances we see. You can’t start any of these guys with supreme confidence right now, but Beasley should be the steadiest in PPR leagues.