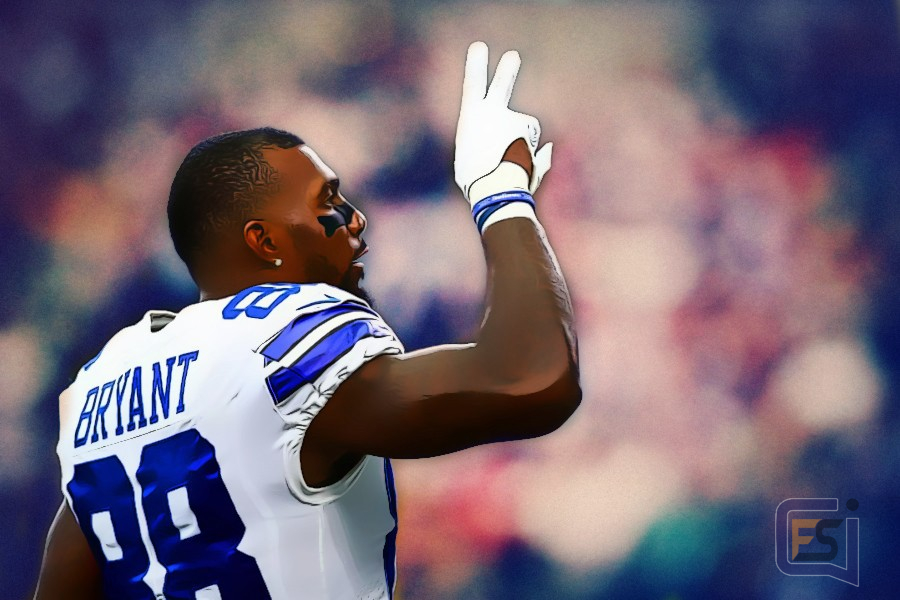 We last saw Dez Bryant visiting with the Cleveland Browns on Hard Knocks. Of course, we can get our daily fill of Dez by checking out his Twitter, since it seems like he enjoys spending his newly found free time there. It’s basically a place to see his uncensored thoughts, as he calls out anyone who has ever criticized him, especially within the Cowboys organization. Yesterday, Mr. Bryant also gave us insight into where he would like to play this season, once he gets his mind and body right.

This tweet from Dez complimenting the Washington Redskins seems innocent enough. If this was all he tweeted, obviously places like ESPN and USA Today Sports would have written a couple dozen identical articles to flood your feeds, however, we would not have. Luckily, Dez gave us one more gem.

Naw I’m ok.. I rather go somewhere I can show case my skills for real.. if I line up next to Gronk hogan Edelman I’m for sure getting a 1 on 1 match up plus I won’t be getting criticized controlled for expressing my love for the game..Washington is cool as well https://t.co/lywVw8QzIa

We know Dez wants to win a Super Bowl ring badly. He said before that he would accept a smaller contract if it meant he had a shot to win, and with at least one of these teams, that is very possible.

Bryant is right, he would see plenty of one-on-one coverage when on the field with Gronkowski, Edelman and Hogan in New England. This is also a receiver-needy locker room right now, after various injuries and a failed Eric Decker experiment. Dez could also play that precious outside receiving role that the Patriots love to be strong in. Brady and Belichick dream of the Randy Moss days, and they have tried to replicate that a few different times now.

While Dez Bryant is no Randy Moss, he is obviously better than most of the receiving cast right now. If he can get and remain healthy, he also provides an athleticism that would be extremely useful when battling physical defensive backs. I’m not sure where the price offered and price wanted cross, but I wouldn’t be surprised to see Dez Bryant as a Patriot.

The other team he has mentioned twice is the Redskins. Washington also has a weak wide receiver corps, with Josh Doctson, Jamison Crowder and Paul Richardson highlighting the bunch. The team doesn’t seem to have a chance to compete for a ring, but they do play the Cowboys twice. The first matchup would be in week 7, so expect Dez to sign there before then if Washington has a chance to get him at all.