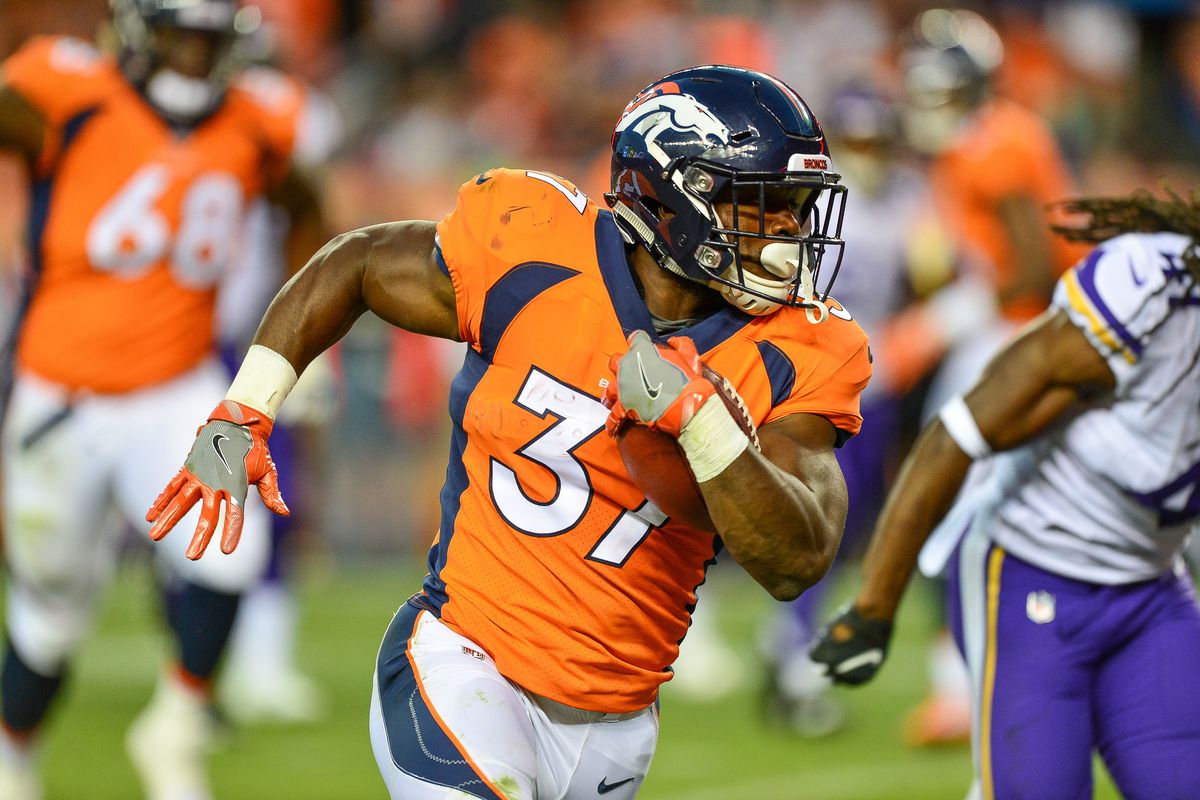 The Denver Broncos started the season off with a 27-24 win over the Seattle Seahawks. New starting quarterback Case Keenum passed for 329 yards and 3 touchdowns, but also had 3 interceptions to match. He found both Demaryius Thomas and Emmanuel Sanders for touchdowns, but his third went to rookie running back Phillip Lindsay, which was not the rookie back we most expected to see. With a solid game from Lindsay, Denver quickly showed they are alright with a Broncos running back committee.

During the preseason, rookie Royce Freeman was competing with Devontae Booker for the starting job, and he clearly won that battle. This meant he entered week 1 atop the depth chart. While Freeman did get the start and largest snap share, it was closer than anticipated.

Freeman and Lindsay had equal success running the ball, each finishing with 71 yards on 15 carries (4.7 ypc). However, Lindsay found success in the receiving game, catching two passes for 31 yards and a touchdown. Booker rushed just twice for four yards, and had two catches for 11.

What Does This Mean?

Since Phillip Lindsay had the best game, does he usurp Royce Freeman as the starter? Of course not. At 5-8, 190-pounds, Lindsey is a great change-of-pace, receiving option in this backfield. He had sort of a “hot hand” early in this game, which could explain why he got more snaps that we initially anticipated. Freeman was just as effective running the football, has the higher upside, and he’s built like a true lead running back. He will continue to start and receive the largest snap share. The snap share should also grow, especially in games where the defense is keeping the opposing offense off the field.

However, this performance could mean trouble for Devontae Booker. Not only did he receive the least amount of snaps, but Lindsay showed he can be an effective receiving option. If Freeman can take care of early down and short yardage work, there isn’t much left but the lightning, receiving role. For now, Booker will likely be used in pass protection mostly, but he will continue to lose snaps as the rookies improve in that department.