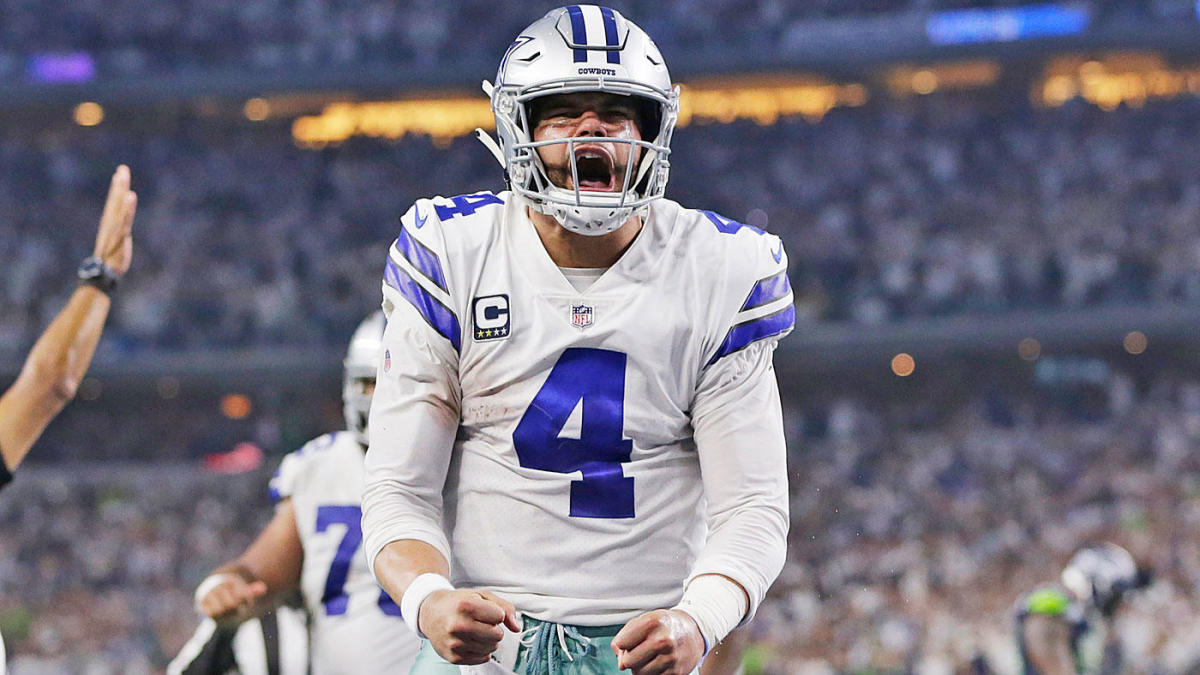 We are back again for the second part of the season long prop bets segment. This one is going to feature season long player prop bets. If you missed part one, it can be found here.

Coming into his year four campaign, Dak Prescott has yet to throw for 4,000 yards in a season. He did, however, set a career high in both yards and attempts last season and is trending in the right direction. Since the Amari Cooper trade last year, from Week nine on, he averaged 278 yards per game, which would equate to 4,448 yards over a full season. This, added with the Ezekiel Elliott contract situation, may mean the Cowboys need him even more this year. He’s also been reportedly asking for $40 million per year in an extension. You best have a great year after asking that.

This total feels like it is a best case scenario for Julio Jones. While he’s been able to play in sixteen games three of the last four years, there always seems to be some nagging injury with him every week. He’s also coming into his age 30 season, so the injury concerns aren’t going anywhere. Heck, he already has the questionable tag for Week 1! With Calvin Ridley and Mohamed Sanu also grabbing plenty of passes, there are many mouths to feed in this offense.

Dalvin Cook is coming into his third season and has only played a total of fifteen games. So, the easy play here is to take the under then, right? I feel that is going to be a mistake. Most of this is going to be tied to Cooks’ health, but there are a lot of other promising signs. The Vikings offensive coordinator change last year led to a far more balanced attack than the pass-first offense they were previously running. The Vikings also made a few upgrades along the offensive line from a group that was average at best last year. This one will ultimately come down to Cooks’ health, but I think this is the year he finally stays healthy and blows by this total.

Nick Foles has never started a full sixteen game season in his entire career. He’s also going from one of the most explosive offenses to one of the most one dimensional, run-heavy offenses in the league. To top that off, he’s been given what could be argued as the worst pass catching group in the entire NFL.

Matt Stafford is one of the more consistent quarterbacks you will find in the NFL as far as stats go. Up until last year, when he only threw for 3,777 yards (played with a broken back), he had thrown for over 4,000 yards and started sixteen games in seven straight seasons. While he doesn’t have the weapons that he’s had in the past, betting against a healthy Stafford to not throw for 4,000 yards seems foolish.