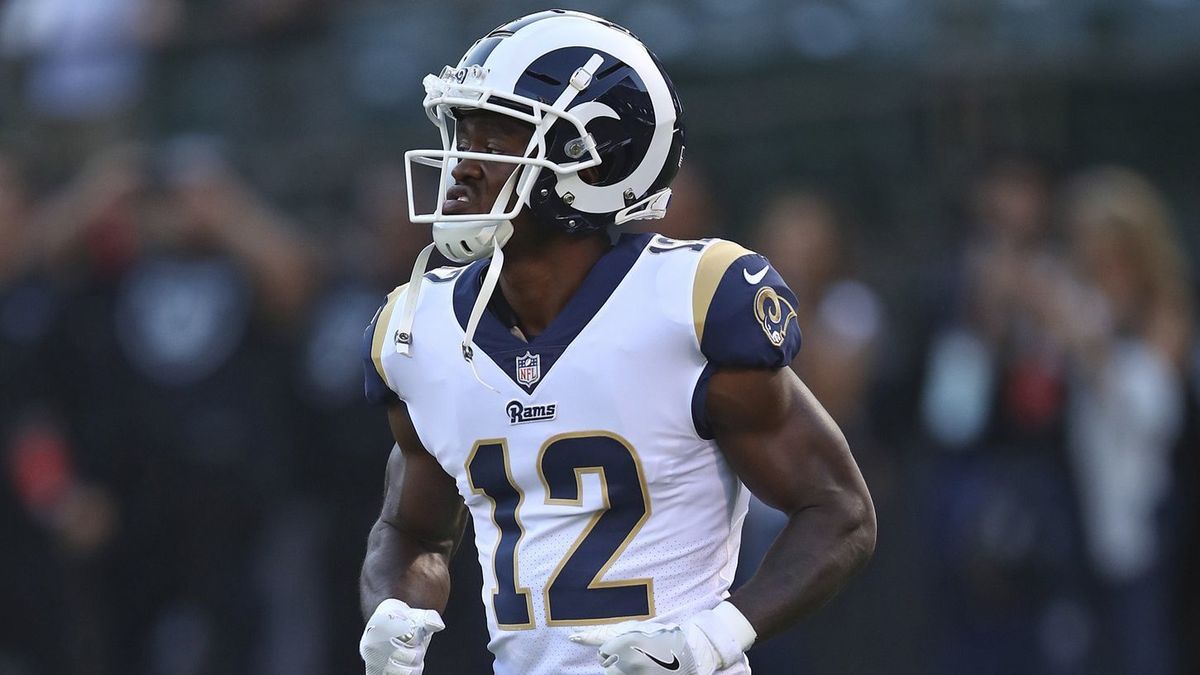 With one more week of preseason games to be played, most fantasy redraft leagues are getting together to draft their teams. Currently the wide receiver depth looks great across the league. You, of course, have your top tier receivers, which is a short list compared to the list of tier two or three receivers. Both Amari Cooper and Brandin Cooks are slotted to be productive WR2 options. Cooper has a current ADP of WR12 and Cooks has the ADP of WR13, the may be inconsistent week-to-week, but will ultimately finish the season strong.

Cooper has had a high ADP since he entered the league as an Oakland Raider. We have had high hopes for Cooper, since he was the fourth overall pick in the 2015 Draft. However, within the realm of fantasy, he has been inconsistent. Now on the Dallas Cowboys, Cooper was able to sustain a slightly more consistent role, despite his snap percentages fluctuating at odd times. I have hope that the Cowboys will have a full game plan going into this year for Cooper. He has versatility, which Dallas should realize. In 2018, he lined up in the slot on 65 snaps, but was only targeted 14 times out of those offensive plays. He was able to get over 200 yards on those targets and two touchdowns. If Dallas uses him in different receiving roles, we could see further improvement.

Cooks started the season on a hot streak, scoring over ten points in all but two of the first 11 weeks in PPR formats. Unfortunately, Cooks ended the season uneventfully. However, there is an odd correlation. When Cooper Kupp was playing, Cooks received a higher number of targets and had much higher yardage totals in those games. It is hard to say that it is a definite correlation that Cooks performs better in fantasy when Kupp is also playing, but it is an observational fact from the 2018 season. Kupp did tear his ACL last year, but is projected to return to form soon. While Cooks has never had a truly consistent fantasy year, he has been a relevant WR2 since entering the league. Even with the boom/bust potential, he should be a fine option as your number two wide receiver.

My pick is Brandon Cooks.

In general, I would rather have the clear number one receiving option for a team in any case, which is the case for Cooper, not Cooks. However, the Rams proved that their offense can sustain multiple productive receivers throughout the season. In fact, all of their receivers performed better when Cooks, Kupp and Robert Woods were all playing. Having a piece of the Rams offense seems more lucrative, especially when you analyze the totality of the Dallas offense. Dallas could have some off-field issues this season, considering Ezekiel Elliott, Dak Prescott and Amari Cooper are all due for contract extensions. Removing any of these pieces could dramatically affect the other players’ productivity.

There is also the fact that Cooper still hasn’t gone a full season with high productivity. Cooper has only shown that he has the potential to put up big numbers sporadically. Cooks has at least shown to produce big numbers consistently with Jared Goff and company.