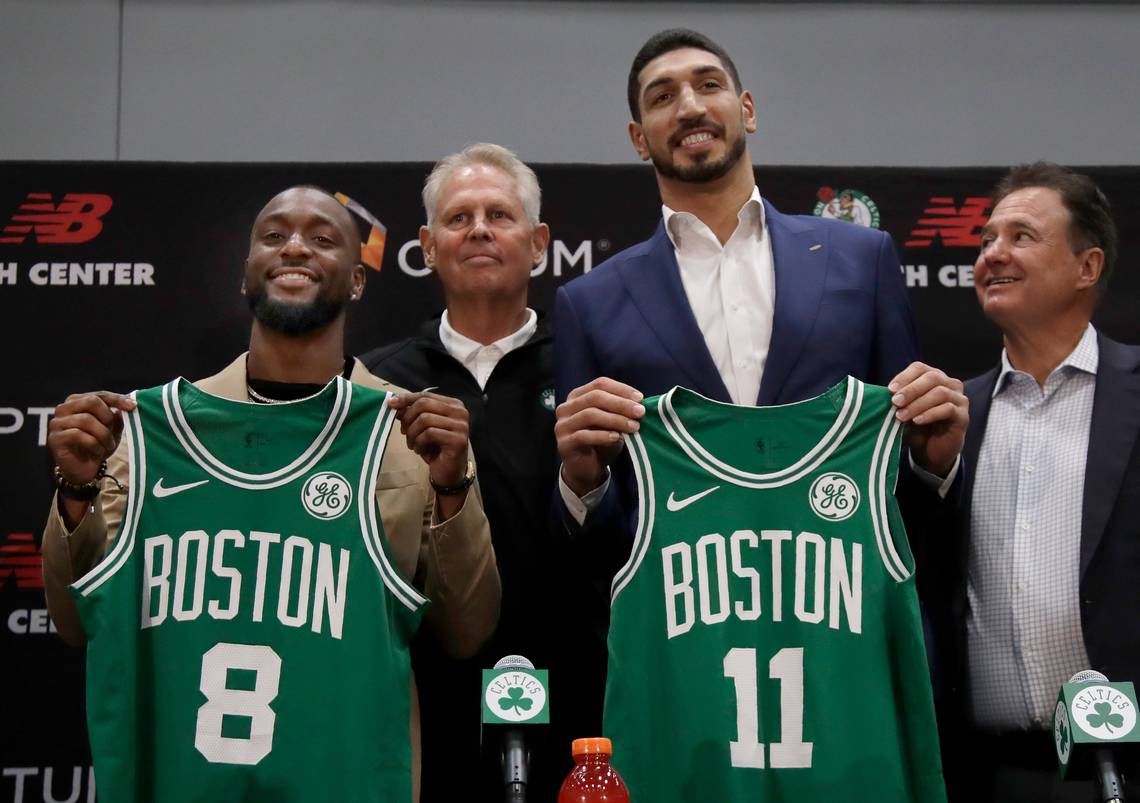 As preseason comes to an end and the regular NBA season commences, talk has already turned to the potential hierarchy come April and the playoffs. With fans already checking out the latest NBA betting odds, the LA Clippers are the favourites for the title this year, closely followed by their LA rivals, the Lakers. Last year’s Championship winners, the Toronto Raptors, made history last season when they became the first team outside the USA to win the NBA title and are massive outsiders again this year. With that in mind, will it be another underdog that lifts the Larry O’Brien Trophy? Let’s take a look at some of the hopefuls.

The Boston Celtics may have won the most NBA Championships, but they’ve not been successful since 2008 or made a Finals match since 2010. They overachieved in 2016-17, winning the Conference and Division, but were always talked about as potential Finals contenders last season. A lack of chemistry saw the Celtics fail to live up to their billing, as they lost out to the Milwaukee Bucks in the Conference semi-finals. Despite leading the series after the first game, they went on to lose 4-1, with the Bucks losing to eventual winners, the Raptors.

During the summer, the Celtics have seen a number of players leave their roster, most notably Kyrie Irving and Al Horford. They’ve signed Kemba Walker from the Charlotte Hornets and coach Brad Stevens is a great man-manager so will get the best out of his new All-Star point guard. The Celtics will undoubtedly relish being considered an underdog for the Championship – just whisper it quietly.

Much like the Celtics, the Golden State Warriors saw a number of departures in the close season, which on paper sees them a weaker side this year, with injuries also costing them. They lost out in the Finals last year, but have won three of the last four titles since 2015, also losing out to the Cleveland Cavaliers in 2016.

Many are already predicting they’ll fail to make the season playoffs, a far cry from the outfit that is often among the heavy favourites for success. However, with all eyes on both Los Angeles teams and the Denver Nuggets in the West Division, the Dubs will happily sit under the radar. With four All-Stars on their roster – more than any other NBA team – they have plenty of experience and definitely shouldn’t be overlooked this season.

Last season, the Raptors completed their fairy-tale finish in some style. After an incredible regular season and playoff run, the Canadian side won their first ever Championship against the odds. However, there is little pressure on the Raptors to defend their title, which is definitely a good thing when you consider the players they lost and the torrid time they had during free agency.

MVP Kawhi Leonard has joined the Clippers and Danny Green has joined the Lakers, but they do still possess the strength of Fred VanVleet. Compared to last season, the team is more inexperienced with youth at the forefront. But for the players drafted in (Oshae Brissett, Sagaba Konate and Terence Davis), it’s a great opportunity for them to prove themselves in the NBA.

Toronto are massively under the radar again this season, and as the phrase goes, lightning doesn’t strike twice. The Raptors will be very much hoping that it does.

The Match live stream Reddit Woods vs Mickelson Golf May 24

Fighting Intelligence: Growth of Justin Gaethje Ahead of UFC 249