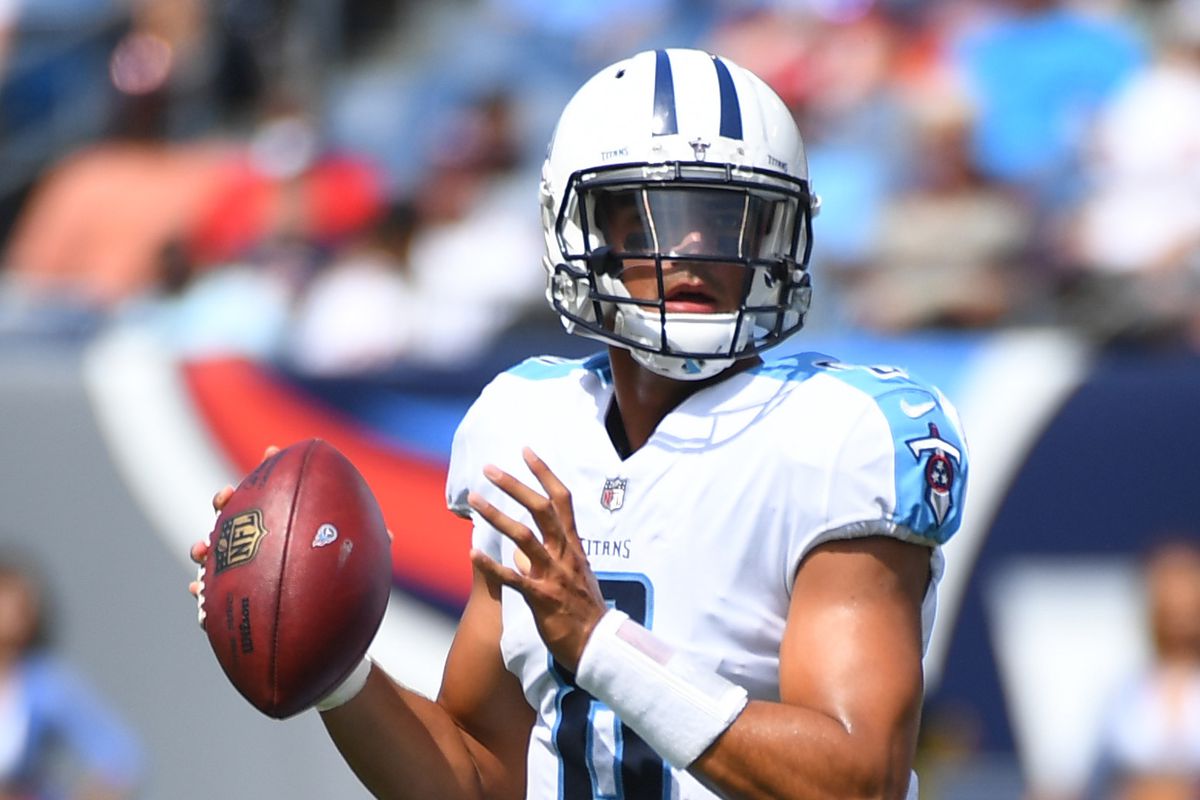 Days Until Football is a series in which I preview every NFL team, one a day at a time until the NFL season starts on September 6th. It will preview offense, defense, and give a prediction for the team’s record. Also, I will list a fantasy star and sleeper. Here is the Tennessee Titans preview.

Last year, the Titans met expectations. They were the five seed, came back against the Chiefs, but lost to New England in the divisional round. The Titans went 9-7, second in the AFC South.

Mariota struggled mightily last year. He threw 15 interceptions and 13 touchdowns, and it was by far the worst season of his three-year career. Corey Davis battled injuries but showed promise in his rookie campaign. Davis racked up 91 yards against the Rams and two touchdowns versus the Patriots. If Davis is a bust, Mariota will have to rely on Delanie Walker and Rishard Matthews. Walker, the three-time Pro Bowler, has never had less than 570 yards as a Titan. Rishard Matthews is entering his third season in Tennessee and averages about 15 yards a catch. Derrick Henry is nearing 250 pounds and only had two 100-yard games last season. The Titans brought in Dion Lewis from the Patriots, who is a versatile back. He can run in between the tackles, catch passes and is a very good kick returner.

Jurrell Casey draws constant double teams and is the best player of the front four. DaQuan Jones resigned with the Titans in the offseason. He suffered a biceps tear in December and had 3.5 sacks in the two games before the injury. The Titans had a very lackluster linebacking corps, so they addressed that in the draft. They traded up three spots to draft Rashaan Evans and sixteen spots to draft Harold Landry. The Titans decided to steal the Patriots entire secondary room the past offseasons. Logan Ryan was signed two years ago and Malcolm Butler was signed last offseason. Ryan and Butler was the pairing during the Super Bowl 51 run. Butler will be alongside Adoree Jackson, who struggled his rookie season, but still has a lot of promise.

I think the Titans will go 8-8, third in the AFC South. Marcus Mariota should bounce back, but the receiving corps is inexperienced. Derrick Henry also needs to perform in a larger role, and Dion Lewis is great, but injury prone. He has never started more than eight games in a season. The defense is improved, but young and unproven. The Texans and Colts improved with their quarterbacks coming back, and the Jaguars won the division last year.