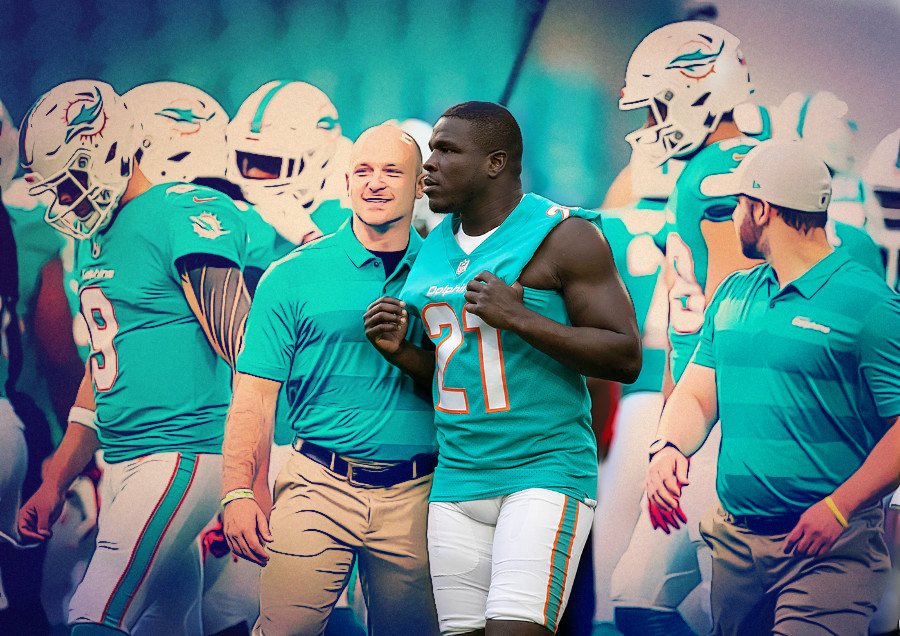 Days Until Football is a series in which I preview every NFL team, one a day at a time until the NFL season starts on September 6th. It will preview offense, defense, and give a prediction for the team’s record. Also, I will list a fantasy star and sleeper. Here is the Miami Dolphins preview.

Once Ryan Tannehill went down, the Dolphins season ended before it even began. The defense was not nearly good enough to carry the Dolphins, and the Jay Cutler experiment did not work. Miami finished 6-10, third in the AFC East.

Ryan Tannehill is a mid-tier quarterback. He has a 37-40 career record and has been given the famous “game manager” label. However, Adam Gase is sky high on him, which is why the Dolphins did not make a move around draft time. They traded star receiver Jarvis Landry to the Browns over the offseason. To fill his production, they signed Albert Wilson from Kansas City and Danny Amendola from New England.

They are also returning DeVante Parker, Kenny Stills and Jakeem Grant. Jay Ajayi was dealt at the trade deadline last year, so Kenyan Drake is clearly the number one running back. Drake only averaged 68 yards per game after the Ajayi trade last year, which is not good enough for a running back. Miami also brought in iron man Frank Gore. The veteran is not there to simply mentor the young guys. He will look to prove to everybody that he has some left in the tank. Another addition to the offense is second-round tight end Mike The tight end core is shaky so Miami drafted Mike Gesicki. He has made some incredible catches in training camp. Gase and the rest of the staff have high hopes that he can develop into the playmaker they desperately need.

The Dolphins completely revamped their defense and played eight rookies on that side of the ball last year. It’s certainly a learning process, but they hope the addition of Robert Quinn will speed up that process. Cameron Wake, former first-rounder Charles Harris, and Andre Branch will give Miami an improved pass rush. Reshad Jones is still the best player in the Dolphins secondary, and he led all safeties with 122 tackles last season.

First-round pick Minkah Fitzpatrick will be paired with Xavier Howard, who enjoyed a breakout season last year, in the secondary. Miami’s linebacking corps may be one of the worst in the league. Kiko Alonso will start, but Miami is counting on Raekwon McMillan, who missed his entire rookie season, to come back and start. Stephone Anthony will likely start at outside linebacker, but he could be replaced by Jerome Baker or free agent signing Terence Garvin, but he is primarily a special teamer.

I think the Dolphins will go 6-10, third in the AFC East. Ryan Tannehill is a game manager, and his weapons were downgraded with the Landry and Ajayi trades. The defense has potential, but is young and inexperienced. The games against the Jets should be a layup, the Bills will be somewhat tough, and New England will be very tough.