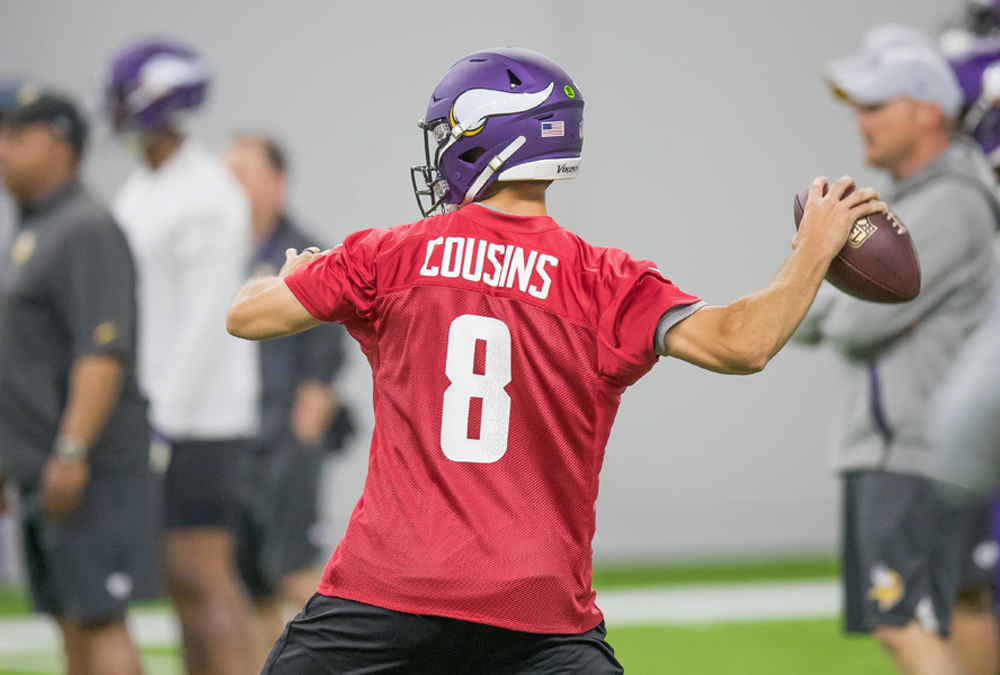 Days Until Football is a series in which I preview every NFL team, one a day at a time until the NFL season starts on September 6th. It will preview offense, defense, and give a prediction for the team’s record. Also, I will list a fantasy star and sleeper. Here is the Minnesota Vikings preview.

The Vikings had a big decision to make over the offseason. They had to pick over Teddy Bridgewater, Sam Bradford and Case Keenum. They decided to go with… none of them. Minnesota ended up signing Kirk Cousins to a massive contract and traded for Trevor Siemian to be the backup. Cousins has a better arm than the three quarterbacks, so the decision makes sense. Even though Cousins has lots of talent, he does have not the most impressive resume. He is just 26-30-1 and was stomped in his only postseason game. Second-year back Dalvin Cook got off to a hot start, but his season abruptly ended when he tore his ACL. The former first-round pick tallied 4.8 yards per carry in his rookie season. The Vikings are also returning two top-20 receivers from next year, Stefon Diggs and Adam Thielen. Thielen had his first 1,000-yard season and Diggs has had at least 700 yards in each of his three seasons.

The Vikings defense was very good last year, and there is no reason to believe that will change Former All-Pro Everson Griffen is a great pass rusher, 23-year-old Danielle Hunter is the other end and Linval Joseph clogs up the middle. Eric Kendricks has led the Vikings in tackles three straight seasons at middle linebacker, and Anthony Barr is one of the best strongside linebackers in the league. The secondary is stacked and got even better during the draft. The Vikings used their first pick on Mike Hughes and he will be coupled with star corner Xavier Rhodes. All-Pro Harrison Smith is one of the best free safeties in the league and Andrew Sendejo, an underrated special teams star,is the other starting safety. Just days ago, Minnesota added more talent to the safety position by signing George Iloka, to reunite him with Mike Zimmer.

I think the Vikings will go 13-3, first in the NFC North. They went 13-3 last year, upgraded at the quarterback position and are returning their star running back. The only reason why I think they will not get more wins is the NFC North. Aaron Rodgers should play all sixteen games, the Lions are always competitive, and the Bears have a second-year quarterback with a new coach.