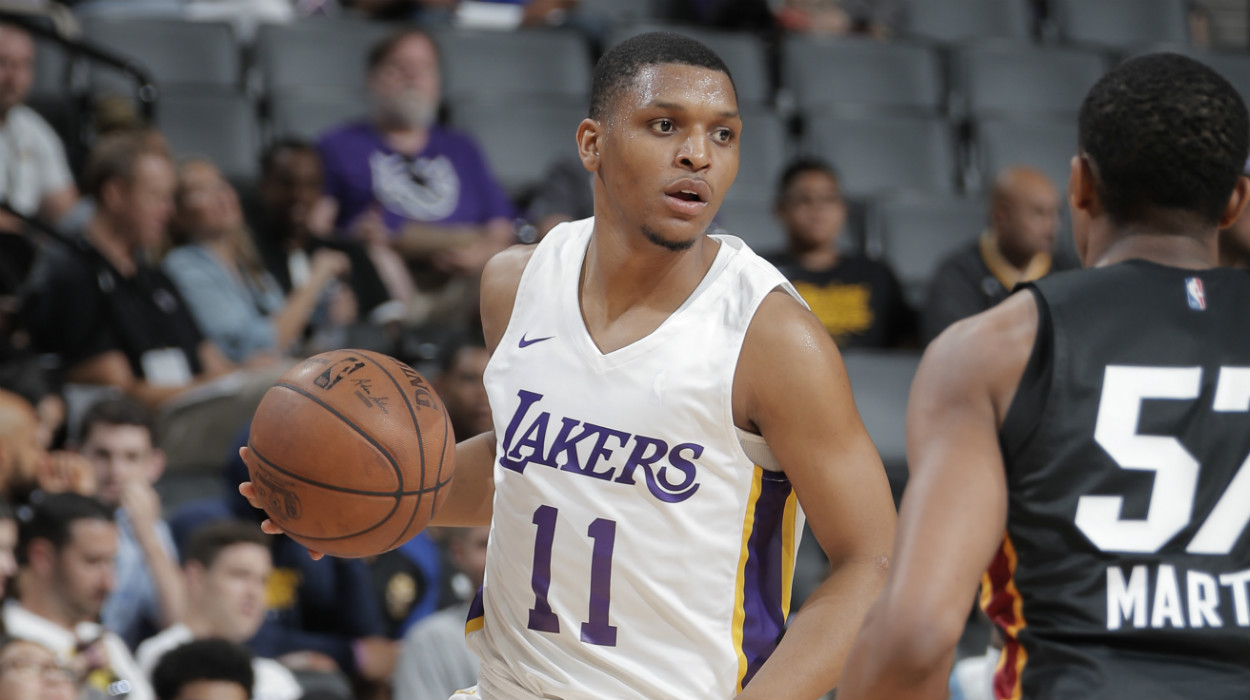 After a blowout loss in the NBA Summer League debut, the Los Angeles Lakers bounced back in a big way, beating the Golden State Warriors 100-90, thanks to a big night from rookie Zach Norvell Jr.

Zach Norvell Jr. struggled in his Summer League debut, scoring just 11 points on 25 percent shooting. He brushed his poor performance off, leading the Lakers to victory in this one. The rookie scored 20 points on 70 percent shooting, connecting on three from long range. He also added five rebounds. Devontae Cacok also played well for the Lakers, finishing with a big 16-point, 12-rebound double-double, to go along with five steals and two blocks.

Eric Paschall was the bright spot for Golden State, finishing with 18 points on 75 percent shooting, connecting with two three-pointers. The Warriors selected the rookie forward out of Villanova in the second round. If he continues his efficiency shooting the ball, Paschall will find his way onto the court for Golden State, as they currently lack shooting from their forwards, after losing Kevin Durant to the Nets.