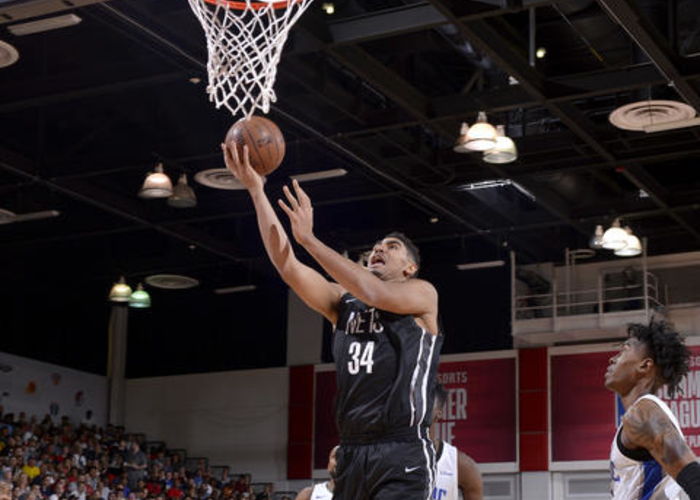 The only positive that the Brooklyn Nets can take away from their stint at the 2018 NBA Summer League in Las Vegas is that they have young talent with room to improve. Otherwise, it was a forgettable experience. Brooklyn was the only team out of the entire league who failed to win a Summer League game. Friday’s 116-79 blowout loss to the Indiana Pacers was their fifth and final defeat. The Pacers scored the game’s first eight points and then put together a 16-0 run in just 1:49 of game time during the second quarter to pull away for good.

Pacers Get Plenty of Help

C.J. Wilcox led the Pacers with 22 points. 28-year old Henry Sims, one of the elder statesmen of this year’s Summer League, was right behind, finishing with 21 points and 4 rebounds in 22 minutes of action. Former Kentucky Wildcat Alex Poythress, Edmond Sumner, and Levi Randolph rounded out Indiana’s double digit scorers with 14, 13, and 12 points respectively. 2018 second round pick Alize Johnson out of Missouri St. nearly achieved a double double line, finishing with 10 rebounds and 9 points.

Rookie center Tyler Davis out of Texas A&M was the leading Nets scorer for the game, finishing with 19 points. He added 7 rebounds and 2 assists. Theo Pinson, who looked impressive at several instances throughout Summer League, checked in with 12 points. The only other Net in double figures was Trevor Thompson who scored 11 points and grabbed 9 boards.