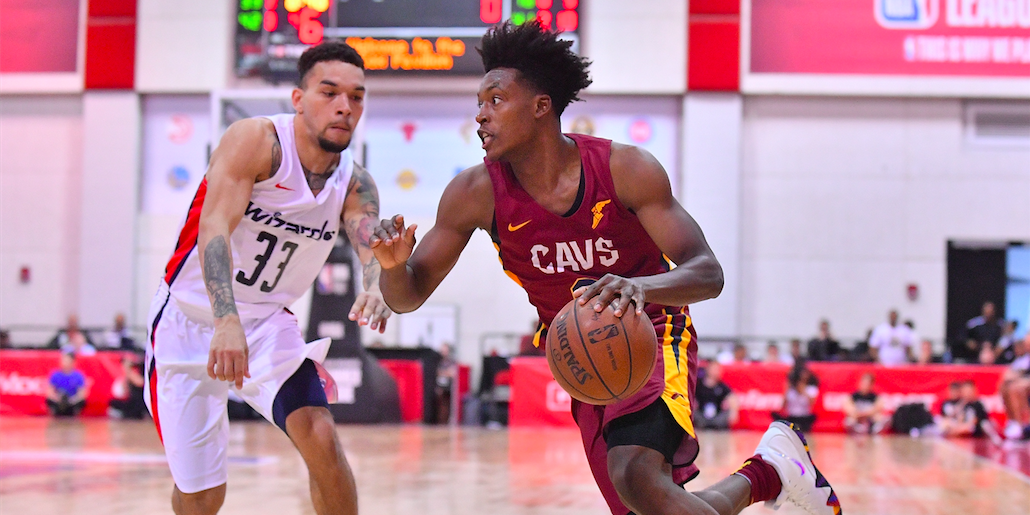 The Cavaliers met with the Wizards in both of their NBA Summer League debuts Friday night. A 72-59 win for the Cavaliers was a good start for the summer, especially because their young core pieces played extremely well. On the other hand, Washington struggled all game and didn’t have much of an offense. Right away, the game was in Cleveland’s hands as they took a 22-10 lead at the end of the first. The Cavaliers demolished Washington on the boards 51-35 and were able to force 25 turnovers. Washington will need a lot more scoring and rebounding with less mental mistakes if they want to see even a single win in the NBA Summer League.

The obvious headline for the Cavaliers was Collin Sexton. The new point guard finished with 15 points and 7 rebounds. Which are decent numbers, but a much closer look into his stats will show some disheartening issues. Sexton was only able to convert on 4-of-12 from the field. As a point guard, it is extremely important to get all others involved, but for Sexton, he finished the game with 0 assists. Hopefully, we see a lot more from him as the summer goes on.

Ante Zizic and Cedi Osman were the other two Cavaliers to really do some nice things in this opening game. Zizic ended the game with 16 points, 14 rebounds, and 5 assists. Impressive numbers from the big man, as he looks to build off of this great first game. Osman was also a bright spot with 15 points and 10 rebounds. Osman is definitely in need of some better shooting, since he was only 5-of-15 and 1-of-6 from three. Still, a nice game from him, but improvements need to be made.

It’s interesting to see an NBA Summer League team struggle the same way as the actual team struggles. Everyone knows that there isn’t much of an offense to the Wizards and that their bench never seems to do anything. Well, the same case was made Friday for the Summer League team. The starters put in a solid effort and the bench was nonexistent.

Devin Robinson led the Wizards with 14 points, followed by Troy Brown Jr. with 13, and Aaron Harrison with 12. Harrison needs to find some better shot selections, because he struggled all over from the field, and mainly from three, going only 2-of-10 from deep. Robinson and Brown should also spend a little more time practicing their shot after this game. Overall, the Wizards starters need to produce a bit more, but it is the bench that needs to step up. Only eight points from the bench won’t win you games in the NBA, even if it’s Summer League.