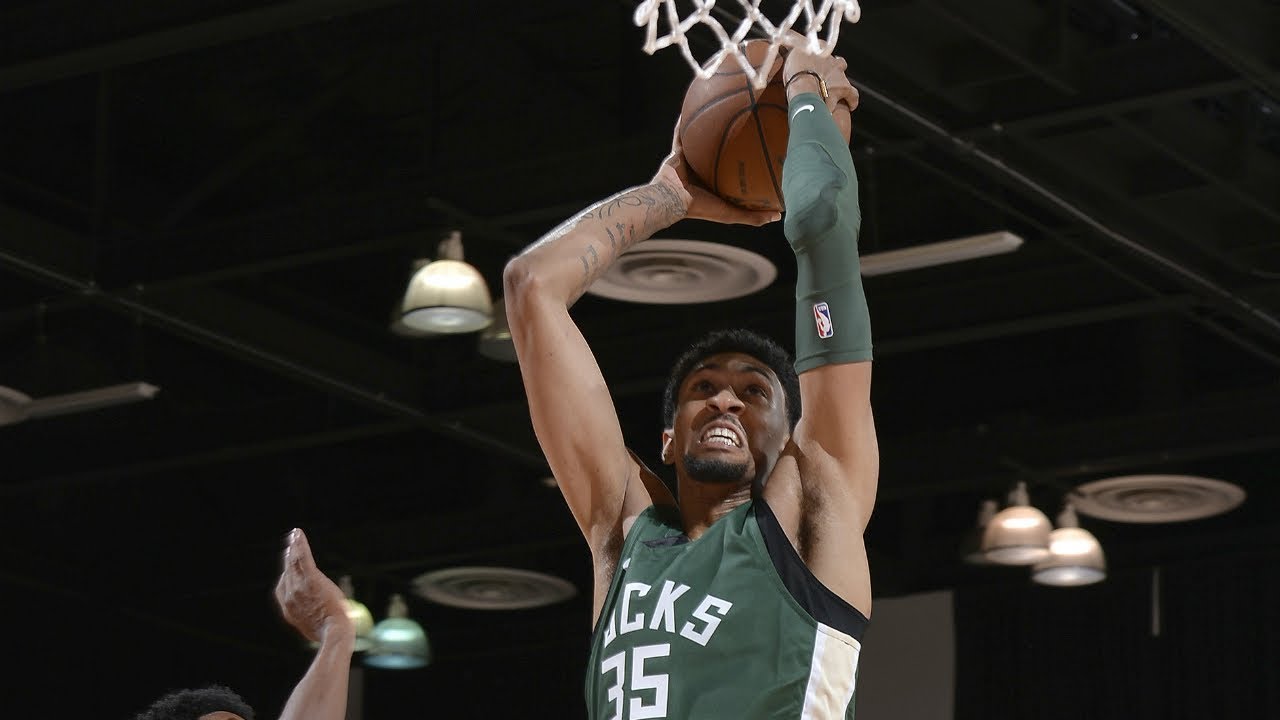 The Milwaukee Bucks and Detroit Pistons started their NBA Summer League Friday night. Although, it seemed as if only the Bucks decided to show up. Milwaukee defeated Detroit 90-63. Not a super exciting roster from Detroit, as they didn’t have a first-round pick playing, but they did have Khyri Thomas from Creighton, who many believed could have been selected late in the first-round. They also had Henry Ellenson, who they’ve been waiting to see if he can contribute to their roster.

The Bucks didn’t have their first-round pick Donte DiVincenzo available for the game, as he strained right groin earlier in the week. Milwaukee did have last year’s draft picks D.J. Wilson and Sterling Brown, along with some interesting Summer League signings in Christian Wood and Brandon McCoy.

Christian Wood Fighting for a Contract

Christian Wood has been trying to find a spot in the NBA for a couple years now and it seems as if he may finally get it. Wood has been a known prospect in the NBA with his ability to score, rebound, and alter shots. The reason why he isn’t on a roster is that he’s never been able to bring it all together. Inconsistency has been his downfall so far. Wood impressed for 23 points, 11 rebounds, and 4 blocks. He put on a dunk fest as well and will continue to hand out posters as the summer moves along. Milwaukee is low on rebounding and shot blocking centers, so Wood may find himself on the roster or at least the G-League team if he continues.

Christian Wood over the trees! pic.twitter.com/gu4RbPDqbm

Other notables for Milwaukee are D.J. Wilson with 17 points and 5 rebounds, and Sterling Brown also added 14 points in the win. Brandon McCoy only received 9 minutes in the game and didn’t do anything worth mentioning in those minutes. He has been a prospect to watch because he averaged a double-double at UNLV last year. We will see who will continue to shine on this Milwaukee squad and perhaps if McCoy can get back to his double-double ways.

With only 63 points, the Pistons don’t have a lot to be ecstatic about. Yet, there was one positive to this game, and it was Henry Ellenson finally showing what he can do. He put in 16 points and brought down 10 rebounds as well. A nice stat line to start the NBA Summer League. However, these stats are a bit deceiving, as Ellenson had 7 of his 16 points come from the line. The young power forward only shot 4-of-17 and 1-of-9 from deep. He has fallen in love with the deep ball and needs to understand that his game is much more than that. Detroit will hope that his shooting woes are short lived. Other than Ellenson, no other player scored above 11 points. Time to wait and see if Detroit can figure out how to put the ball in the basket from now on.