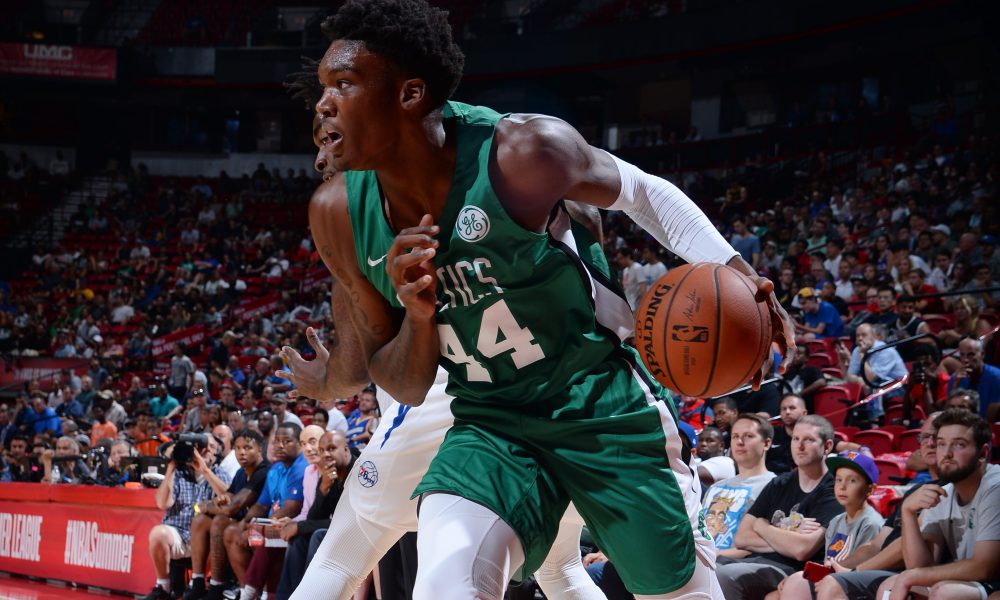 Robert Williams III played just six minutes before leaving the court due to an ankle injury. He was able to record 4 points and 2 rebounds in those six minutes, including a sweet looking mid range jumper over his defender. While Williams III’s debut was disappointing, Jabari Bird put up 14 points and Semi Ojeleye and Guerschon Yabusele each had 16.

Despite a solid scoring performance, Ojeleye still has a long way to go before providing useful minutes at the offensive end for the Celtics, as he shot just 2-7 from three-point range. Overall, the Celtics played their classic team style basketball in which everybody who played was able to score, including lesser known, but still intriguing players such as Kadeem Allen and Jarell Eddie. who each had 6 points. The Celtics ended up getting the 95- 89 win.

Do you know for Furkan Korkmaz is? I didn’t think so. Many people watched this game not knowing who the second-year player from Turkey was. He rode the bench for the 76ers this past season, appearing in just 14 games for an average of 5.7 minutes. But on Friday night, he went off for a Summer League-high 40 points on 10-18 shooting. Korkmaz did his damage from three-point range, where he made 8-of-14 attempts. He was also able to get to the the foul line, where he saw plenty of success, going 12-15. The only other 76er in double digits was Isaiah Miles, who had 11.