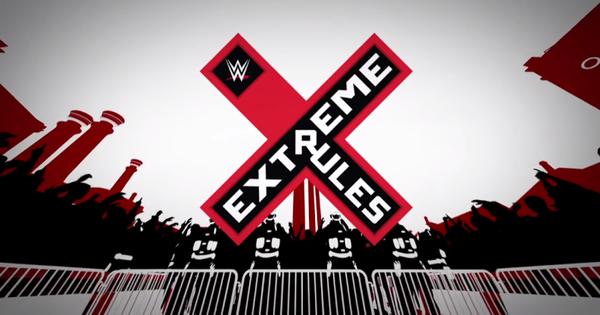 The WWE pay-per-view event know as Extreme Rules will take place Sunday evening, live from Pittsburgh, Pennsylvania, only on the WWE Network. Besides the array of non-traditional rules matches that always add an element of intrigue, the 2018 edition of Extreme Rules is really a card chock full of high-quality and exciting matches. Seven titles will be defended, a battle for RAW locker room supremacy will unfold, and the “Monster Among Men” is set to do battle inside of a steel cage. Read on for my breakdowns, analysis, and predictions of every match!

At long last, a pay-per-view event with AJ Styles defending his WWE Championship against someone not named Shinsuke Nakamura. I’m breathing a sigh of relief for that, and at the same time, I am very excited for this matchup with Rusev. Rusev earned the right to challenge for the WWE title for the first time in his career after winning a 5-man gauntlet match on SmackDown four weeks ago. Once a big heel, Rusev has earned the adoration of the WWE Universe through his “Rusev Day” spin and his singing sidekick, Aiden English. English is not officially banned from ringside, but I wouldn’t be surprised if he retreats to the back after giving his introduction. Styles is one of the best performers in the business and I think it wise for WWE to let this match play out. Rusev carries the power and size advantage, but I have to roll with Styles’ championship match experience in this one.

Dolph Ziggler won the Intercontinental Championship by beating Seth Rollins himself during an open challenge on RAW four weeks ago. The win wasn’t exactly clean, as Ziggler’s new running mate Drew McIntyre provided a distraction outside of the ring, and Ziggler had a hold of Rollins’ tights in order to secure the 3-count. This past week, McIntyre used a distraction from Ziggler to defeat Rollins in the RAW main event. The win ensured that McIntyre would not be banned from ringside for the title match at Extreme Rules. The 30-Minute Iron Man rules stipulation means that whoever gains the most falls within the 30-minute clock will be the winner. Despite Rollins succumbing to the Ziggler-McIntyre duo in some form or another each of the past four weeks on RAW, I like his odds on Sunday. I don’t really see how having Ziggler as Intercontinental champion does much for the pairing of he and McIntyre, or the title itself. With the RAW tag team division currently suspect at best, I would anticipate their next move being to go after the tag titles, while Rollins keeps the IC title in the spotlight moving forward.

After coming up short four different times against AJ Styles in his quest to become WWE champion, Shinsuke Nakamura has turned his attention to what feels like a consolation prize of sorts. A matchup with Jeff Hardy at Extreme Rules gives Nakamura another chance to capture his first belt in the WWE. Hardy has held the US belt since he took it from Jinder Mahal on RAW during the week of the Superstar Shakeup. He then brought the belt with him over to SmackDown the next night. Hardy has the much greater history, but he isn’t doing a whole lot for the title in the now. Nakamura has successfully become a heel on Smackdown. He is currently the more skilled and entertaining wrestler, and he will bring more attention to the United States title. Plus, he has to win a championship match at some point doesn’t he?

Ah, yes. The Alexa Bliss-Nia Jax rivalry is back. After Jax manhandled Bliss to capture the RAW Women’s Championship for the first time at Wrestlemania, Bliss interrupted her defense at Money in the Bank agaisnt Ronda Rousey. After taking both Jax and Rousey out with her freshly won Women’s Money in th Bank briefcase, Bliss cashed in on the spot to regain her title. The 3-time RAW Women’s champ has to be the underdog for this Extreme Rules match on Sunday. It’s possible to see her get absolutely destroyed by Nia Jax, as the rules allow any and everything to be legal. It’s also plausible to think Bliss can use the Extreme Rules aspect of the match to sneak out victorious, perhaps with some help from her running mate Mickie James. The x-factor in all this is the aforementioned Rousey. After she put Bliss through a table on RAW the night after Money in the Bank, she was suspended for 30 days by general manager Kurt Angle. That hasn’t stopped Rousey from buying a front row ticket to be at Extreme Rules. There is a lot going on in this match, and so I make my pick based on how juicy a Bliss-Rousey rivalry would be.

It was no surprise that James Ellsworth made his return at Money in the Bank to help Carmella escape with her SmackDown Women’s title in her first defense against Asuka. After Asuka forced Ellsworth to tap in a Lumberjack match on SmackDown this past Tuesday, Carmella used pepper spray to still gain an edge in a cheap shot fashion. After that took place, SmackDown general manager Paige laid down the decree that Ellsworth will be suspended above the ring in a shark cage for the title match at Extreme Rules. Unless he finds a way to disrupt the action from there, Carmella really has no chance. Asuka is a clear favorite, even in the role of challenger. It was a nice run for Carmella after winning the title off her Money in the Bank cash in, but the time is right for the “Empress of Tomorrow” to claim her first WWE belt.

Universal champion Brock Lesnar isn’t on the Extreme Rules card, but the feud that has built between Roman Reigns and Bobby Lashley over the last few weeks on RAW feels like a developing feud between Lesnar and a challenger. These two guys want to tear each other to shreds. There is no title on the line. They will wrestle for pride and to assert their dominance over the RAW locker room, minus Lesnar the champ. It remains to be seen whether the winner of their match at Extreme Rules will have the upper track to face Lesnar for the Universal belt at SummerSlam net month. Assuming that is the case, I have to give the edge to Lashley. We have seen Reigns try and fail numerous times against Lesnar. Lashley would provide a new feud for the champ, and even if he doesn’t beat Lesnar himself, a certain “Monster in the Bank” will be lurking.

Bludgeon Brothers vs. Team Hell No

The Bludgeon Brothers, Luke Harper and Erick Rowan, have looked unstoppable since their return to SmackDown. Just when you were asking yourself which SmackDown tag team could possibly beat them, Demon Kane showed up two weeks ago and reunited with Daniel Bryan to bring back Team Hell No. GM Paige made the title match for Extreme Rules on the spot. Kane has the size to compete with the Bludgeons and Bryan the grit and determination. Two weeks seems really quick to have the newly formed Team Hell No win the tag titles, but this could be WWE’s plan to finally get Daniel Bryan a title belt around his waist in his return from injury.

Deleters of World vs. B-Team

Ever since The Miz went to Smackdown in the superstar Shakeup, Curtis Axel and Bo Dallas haven’t lost a match. The once overlooked sidekicks now will challenge the upsidedown minds of Bray Wyatt and Matt Hardy for the RAW Tag Team titles at Extreme Rules. Hardy and Wyatt have the better pedigrees and the championship match experience. Whatever magic Sister Abigail is capable of stirring up likely won’t be necessary. It’s been a good run for the B-Team but they will get slaughtered to deletion on Sunday.

Kevin Owens has been trying to avoid Braun Strowman on RAW ever since Strowman threw him off the top of a 15-foot tall ladder at Money in the Bank. He has been 100% unsuccessful in doing so. Stroman has played mind games aplenty. He even teamed up with Owens to win a match, only to later lay waste to his rental car in the arena parking lot. Two weeks ago, Owens bailed on their scheduled match and tried to hide in a porta-potty. Strowman found him, trapped him inside, and wound up shoulder tackling the entire structure right off of the arena stage. Owens spent this past edition of RAW in Kurt Angle’s office, not medically cleared to compete. Angle made the match anyway and is clearly growing tired of Owens on his brand. Locked in a steel cage and with nowhere to hide, Owens will be laid to waste once again by the “Monster Among Men”.

Ever since gaining the title of Constable, Baron Corbin has been a much-improved in-ring performer. He teamed with a hobbled Kevin Owens to earn a tag team win over Braun Strowman and Finn Balor three weeks ago. He teamed with Elias this past week on RAW to defeat Balor and Bobby Roode. Sandwiched in between those two wins was a count out loss when he and Balor couldn’t get along as teammates in a tag match. Now they will go one on one at Extreme Rules. This matchup is very intriguing on a number of levels. Both wrestlers have very different styles, but both are quality competitors. It would be another huge opportunity for Corbin to keep raising his stock, but for someone who has constantly underachieved in the WWE thus far, I’ll only believe it when I see it.

The newest addition to the SmackDown tag team battlefield, SAnitY, will get their first opportunity to shine in this three-man Tables Match against the New Day on the Extreme Rules Kickoff Show. Both teams feature their own trio of greta performers, and there is a great good vs. evil backdrop as well. This past Tuesday on SmackDown, New Day teamed up with Hell No to beat the Bludgeon Brothers and SAnitY. I can’t say I see the same thing happening Sunday. Eric Young, Killian Dane and Alexander Wolfe are just getting started on their SmackDown path of destruction. They need to beat the established Big E, Kofi Kingston, and Xavier Woods to prove themselves as a legitimate tag team right out of the gate.

A late add to the Extreme Rules Kickoff Show, this match follows up this past Tuesday’s duel on SmackDown, one that Andrade “Cien” Almas won. Almas has to be considered the sizable favorite to earn another victory over Sin Cara at Extreme Rules as WWE looks to keep building him up towards tougher competition in the future. Anytime Sin Cara is involved high flying fireworks could be in store. Almas’ obnoxious wife Zelina Vega will undoubtedly be at ringside and could play a roll, but Almas likely won’t need her help.