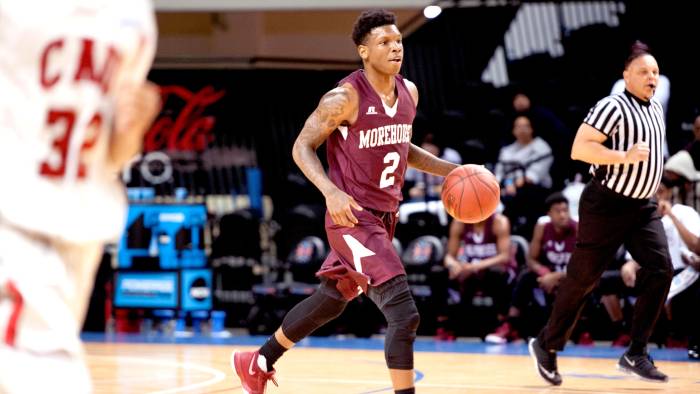 A terrific team shooting performance led to a second half runaway in the New York Knicks’ 102-83 NBA Summer League victory over the New Orleans Pelicans on Friday. New York shot 50.6% from the field in the game and turned a 3-point halftime deficit into the 19-point victory thanks to a 62-40 scoring edge in the second half. In addition to the good shooting night, defense and basketball fundamentals were important in the Knicks’ win. New York held the Pelicans to 41.6% shooting, racked up 13 steals and 11 blocks, and out-rebounded them 38-28.

Playing 26 minutes off the bench, Daniel Ochefu was the leading scorer in the very team-oriented victory. The former Villanova Wildcat put up 22 points and added 8 rebounds to his line. Tyrius Walker, out of Morehouse College in Atlanta, scored 16 points, dished out 6 assists, and came up with 5 rebounds and 5 steals in an excellent all around game. Damyean Dotson scored 15 points to go along with 6 rebounds and 5 assists. Mitchell Robinson’s 14-point, 12-rebound double double and Troy Williams’ 11-point effort rounded out the Knicks’ double digit scorers.

The Pelicans were led by TCU product Garlon Green, the younger brother of the Houston Rockets’ Gerald Green. The 27-year old piled up 23 points to go along with 3 assists in this contest, as he tries to make it in the NBA after playing in several different international leagues. Rookie 7-footer D.J. Hogg out of Texas A&M scored 16 points while Chasson Randle checked in with 11 points 3 rebounds, and a pair of steals.