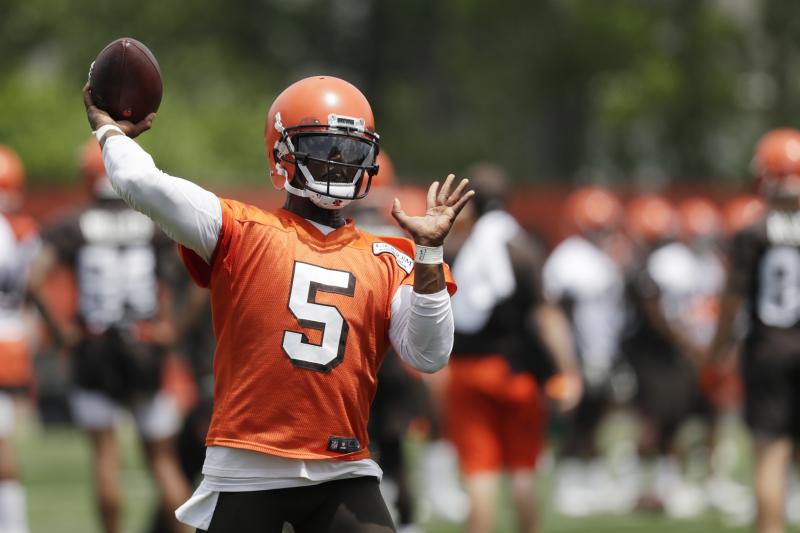 Is Kirk Cousins an upgrade of Case Keenum?  How quickly will the offense gel with a new quarterback and offensive coordinator?  We shall see.  Acquiring Sheldon Richardson should help the top-ranked defense from last year.

The Bears made the right move getting rid of John Fox, but how will offensive-minded Matt Nagy do in his first stint as head coach?  Getting a trio of wide receivers for Mitchell Trubisky shouldn’t hurt, but it may take a while for the offense to gel. First round pick Roquan Smith could be a beast at linebacker.

The Giants made significant moves to bolster the offense, and having a healthy Odell Beckham Jr. back will help immensely. Now if they can sign OBJ to a long-term deal, they’ll eliminate the possible distraction.

If there was a offseason Super Bowl, the Rams would’ve won it.  They acquired some great talent, but will their personalities fit?

Have the Browns finally figured it out? Tyrod Taylor is a solid choice for quarterback and gives Baker Mayfield a year to learn.  Jarvis Landry and Josh Gordon can form a deadly WR combo, and the secondary has potential to be greatly improved with the addition of Ward, Carrie, Gains and Randall.

The Cowboys lost Jason Witten and released Dez Bryant.  The Cowboys believe getting rid of Dez will actually help the offense because Dak Prescott won’t have to worry about forcing it to Dez. We’ll see!

The Bills made the playoffs last year, but traded QB Tyrod Taylor. Josh Allen is the long-term answer at quarterback, but what about the short term? AJ McCarron and Nathan Peterman have the potential to be horrific, and now their running back situation is up in the air with the LeSean McCoy debacle.

The Dolphins lost Jarvis Landry, Ndamukong Suh and signed three older players. Do they have a plan besides hoping Ryan Tannehill is the answer at quarterback?

Goodbye Legion of Boom.  Richard Sherman, Michael Bennett, Cliff Avril, Kam Chancellor and Sheldon Richardson are gone. With all their needs, why did they draft a running back in the first round when they have Chris Carson? On top of that, Seattle also lost Jimmy Graham and Paul Richardson from their offense.