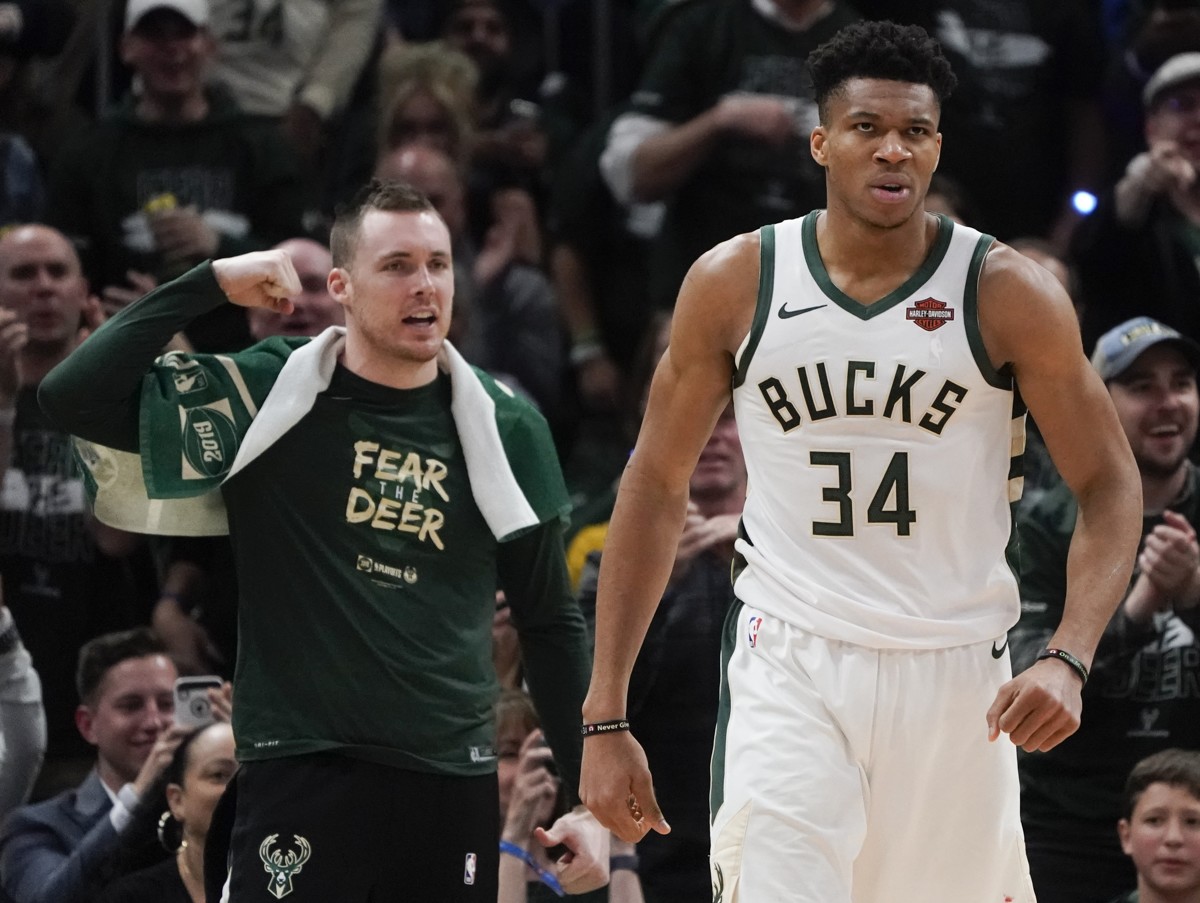 The situation was made both easier and more difficult simultaneously in early March when Eric Bledsoe signed a four-year, $70 million extension. Despite being awarded First-Team All-Defense, Bledsoe’s play in the playoffs was shaky (particularly against Toronto). as both Kyle Lowry and Fred VanVleet saw success in the series. Here is what the Bucks need to do to keep from being a one-hit wonder.

Khris Middleton is the only All-Star teammate Giannis Antetokounmpo has, and at 28 years old, he will definitely be asking for a max contract of five years and $190 million. It is in the best interest of both the Bucks and Middleton for him to stick around, because he can make $50 million more with the Bucks than any other team. He is the perfect player to pair alongside Giannis, for his three-point shooting and ability to create his own shot.

With the benefit of hindsight, it is may have been better to have let Eric Bledsoe walk and focus some of that money on re-signing Brook Lopez. His $3.3 million contract will not be replicated next season, as his three-point shooting ability and defensive presence will result in a nice pay raise on the market. The Houston Rockets are a dark horse candidate to sign him.

If Brook Lopez walks, the Milwaukee Bucks need to make re-signing Mirotic a priority after Khris Middleton. Even if Malcolm Brogdon and George Hill leave (which we will get to), the Bucks still have Bledsoe and Pat Connaughton. However, the Bucks do not have the depth at the PF/C positions to fill the gaps that the absence of Lopez and Mirotic would leave in their wake. Of the two options, Nikola Mirotic should be cheaper and his size makes him very valuable to the Bucks.

The Bucks have the luxury of being able to match offers for the 2017 Rookie of the Year. The problem is that Malcolm Brogdon is the kind of player who could fit on any team given his ability to both catch and shoot and ball-handling skills. He can be both featured on offense and the kind of guy who you put in the corner for a possession or two while others take over. If a team like the Chicago Bulls, Dallas Mavericks, Phoenix Suns, or Utah Jazz go crazy with a multi-year, massive contract, the Bucks may have to let him go. The only semblance of a bright side would be that the Milwaukee Bucks still managed to go 7-1 in the postseason without him.

At this point, the Milwaukee Bucks cannot and should not pay the $18 million he is owed next year. The 33-year-old veteran point guard will be somewhere else next season.