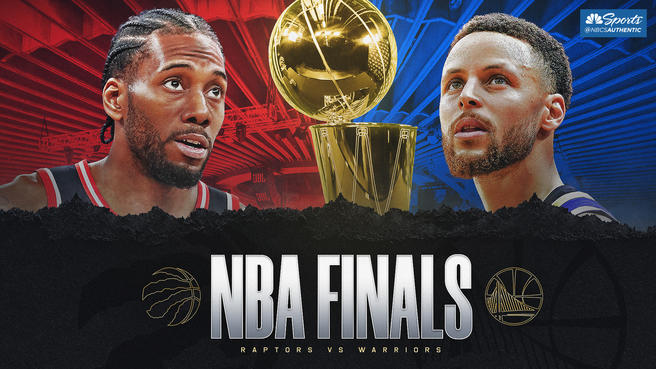 The 2019 NBA Finals are ready to go on Thursday. However, the defending champion Warriors will have a carousel of injuries, which could dictate the ultimate winner of the series.

Steph Curry has no true equal at his position in this league. Kyle Lowry’s job will be to try to slow him down on offense while simultaneously making sure Curry works hard on defense. If Lowry can stay in constant motion on offense, he may be able to tire out Curry, who is a whirlwind of motion when he is on the offensive end. Still, the injury to Kevin Durant has awakened Curry and he has been one of, if not the, best player in the playoffs thus far.

At this point, we all know how special Klay Thompson is and how he makes the wheel turn for the Warriors on both offense and defense. Danny Green is a good player and, honestly, he strikes me as a poor man’s Klay Thompson because he is good, not great, on both ends of the floor. The interesting part about this matchup is that if Danny Green can get open looks against Thompson and hit his shots, it will give the Raptors an added layer of offense that they didn’t quite have against the Milwaukee Bucks.

Kevin Durant is expected to miss the beginning of the NBA Finals and will not be available for Game 1 and possibly Game 2. When healthy, Kevin Durant is the best player in basketball and averages 28 ppg against Leonard in the playoffs. Andre Iguodala is also questionable for Game 1, so Leonard should easily win the matchup against anyone he goes up against.

Draymond Green is entering the Finals coming off of two back-to-back triple doubles against the Portland Trail Blazers. However, I like the length of Siakam when I think about how these two players matchup. Green is a better player, but his struggles from three-point range (28.5%) this season means that he will need to take the ball into the paint where the length of Siakam will be the reason Green struggles in this matchup.

This will be the most interesting matchup to watch. Cousins reportedly practiced in full on Friday, so his health will determine who wins this matchup. I expect Cousins to start the first game or two out slow, but pick things up as his health improves and he settles into his role once again.

Advantage: Gasol at first but over time Cousins takes over

Where Do the Bucks Go From Here?
From Mid-Major to the NBA Finals: The Rise of Alfonzo McKinnie