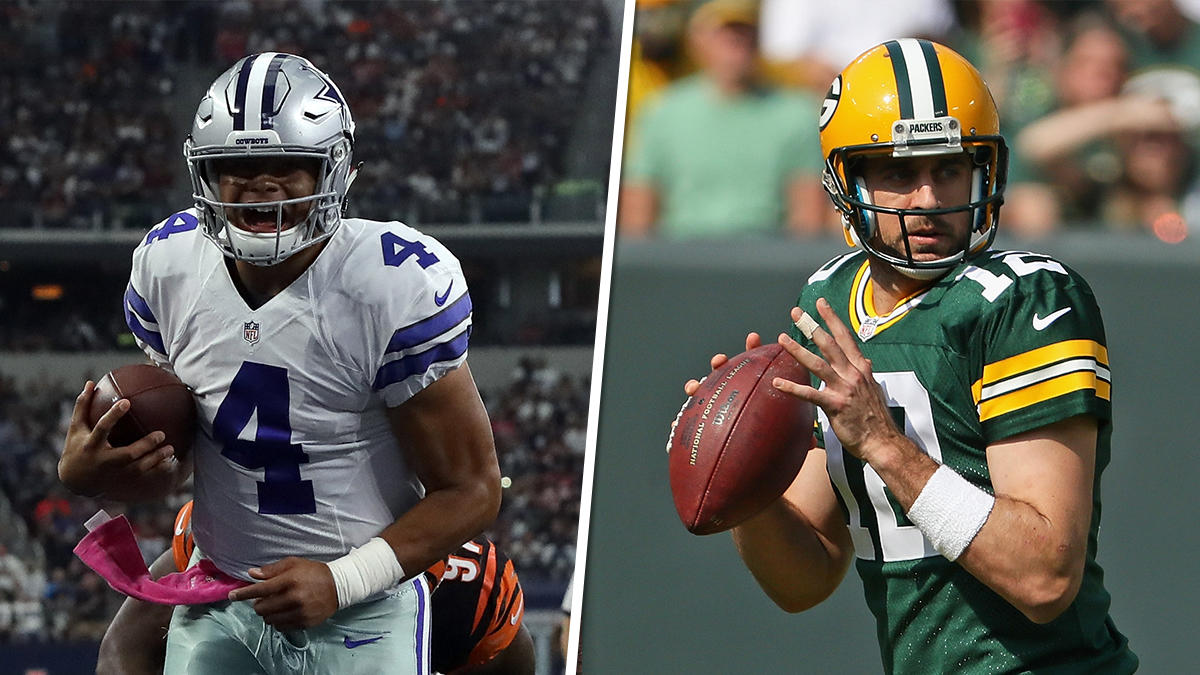 Chaos. This NFL season has been complete and utter chaos! There are injuries to key players left and right, so much so that the Packers may need to call me to suit up Sunday. Ted Thompson, I’m willing, but I do not take a hometown discount. The Jets sit at 2-2, which is approximately two wins more than people thought they would have headed into week five. Instead, it’s the Giants who remain the winless team in the Meadowlands. The Jets are tied with the reigning Super Bowl champs, who have played pretty terrible football in Gillette Stadium. Well, the defense has. The offense has be alright considering their injuries. This is just the tip of the iceberg, because the list of crazy things goes on and on, and we have only seen four weeks of football!

This chaos has translated over to fantasy football. Jared Goff is a top-10 quarterback, while the reigning MVP isn’t even top-20. Three rookie running backs occupy top-10 spots, and a player who wasn’t even a running back at the start of last season, Ty Montgomery, is also in that group. Who isn’t in that group? Well, David Johnson, LeSean McCoy, Jay Ajayi, Melvin Gordon, DeMarco Murray, and Jordan Howard are all left out. These guys were also consensus top-10 RBs in the preseason. Yes, Johnson is hurt and Howard is RB11, but still. Again, the list of chaos in fantasy through the first month goes on and on.

Will it be another ridiculous week? Of course it will. We’ll see if the Patriots can bounce back on TNF, and hopefully we can gain a bit more insight on the status of guys like Mariota or Montgomery before Sunday. I will be glued to the news around the NFL and will continue to adjust my rankings throughout the week to reflect these updates. To ensure you don’t miss anything, make sure you bookmark these rankings and continue to check back! Let’s overcome these injuries and team byes to get the win this week!

**You can sort my rankings by position OR by team! For example, try typing in (PIT) in the search bar!

Eat. Sleep. Football. Repeat. Click to get yours before they’re gone!