Injuries can be detrimental to the success of your fantasy squad and can leave you scrambling for a plug-in starter. Unfortunately, there were plenty of key fantasy players added to the injury report after a full Sunday slate. This is why you will need to work the fantasy football waiver wire to grab high-upside players to help fill these empty spots and reduce that Sunday morning pre-kickoff panic.

Three weeks have passed, so if some of those late-round flyers you thought were going to boom aren’t producing enough, it may be time to drop them and look elsewhere. If you’re in need of an immediate upgrade, here are some Week 4 fantasy football waiver wire pickups that could help push your team in the right direction.

Players must be owned in less than 60 percent of ESPN leagues to be included in the Week 4 fantasy football waiver wire pickups column. All ownerships for waiver wire players will be provided and will reflect that of Monday evening. 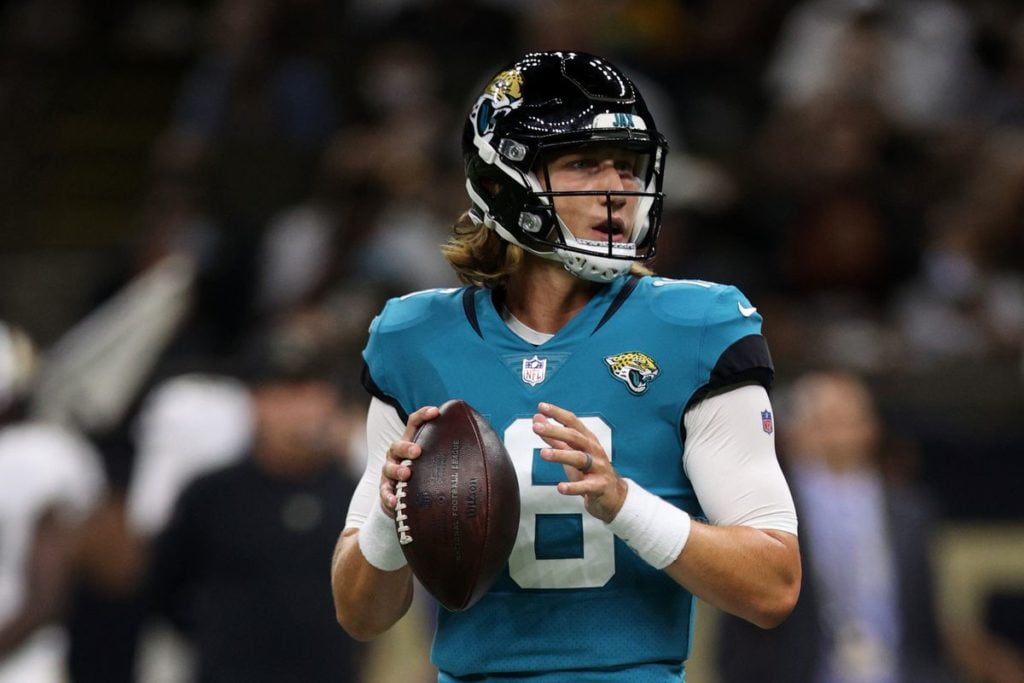 Trevor Lawrence has looked great in his sophomore season, and it’s safe to say Urban Meyer ruined his rookie season. Another plus for Lawrence is he has a humming run game right now between James Robinson and Travis Etienne. His weapons are pretty solid, and it’s clear he’s building chemistry with Christian Kirk already. The Jacksonville Jaguars already upset the banged-up Los Angeles Chargers in Week 3 and need to bring the same intensity against the Philadelphia Eagles this time around. It could very well be a shootout.

Marcus Mariota isn’t a flashy fantasy quarterback by any means, but it seems like the Atlanta Falcons offense is starting to figure itself out. Mariota has two very solid targets in Kyle Pitts and Drake London and a solid running game led by Cordarrelle Patterson. He’s certainly an option in deeper formats and usually presents some upside with his legs aside from the occasional fumbles. If he limits the turnovers, his fantasy points will increase over time.

After poaching two goal line touchdowns from D’Andre Swift in Week 1, Jamaal Williams did it again, but he dominated the backfield as well. Swift suffered an apparent arm injury, allowing Williams to take the lead, resulting in 20 carries for 87 yards and two touchdowns. He should receive some serious flex consideration from now on simply because he isn’t going anywhere and has still carried the ball at least 10 times during the first two weeks. Williams currently ranks as the fantasy RB7 so far.

Khalil Herbert made last week’s fantasy football waiver wire pickups article because of what he was able to do with limited carries, but David Montgomery exited the Week 3 game early. Herbert exploded as a result, posting 30.9 fantasy points. Justin Fields is mightily struggling and the only bright spot in that offense at the moment is undeniably Herbert. He will likely be the top fantasy football waiver wire pickup this week, sitting at only 25.2 percent ownership right now. 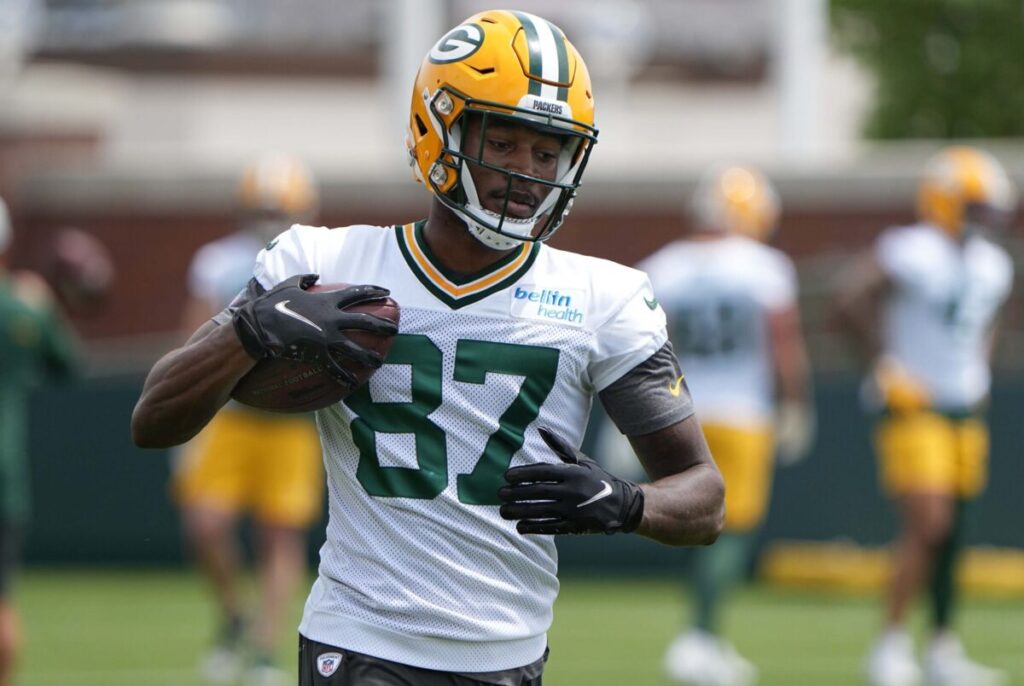 It is truly painful to be a George Pickens truther this year because the Pittsburgh Steelers simply don’t throw the ball to him. The entire offense has been underwhelming through three weeks, but we all saw Pickens’ catch on Thursday Night Football. He has some serious talent and the problem is Mitch Trubisky and the offensive line, so just give it time and Pickens could rise as a solid starting option every week. Under 40 percent ownership, now could be a good time to start dropping those late-round flyers and stash Pickens.

If you listen to Lombardi Sweep, our Green Bay Packers podcast, you heard about Romeo Doubs even before the NFL Draft. The potential breakout of Doubs is looking more and more possible due to the number of injuries the Packers have sustained so far. Aaron Rodgers can make wide receivers look elite no matter who they are, but the Romeo Doubs fantasy football performance in Week 3 is promising for his future. He caught all eight of his targets for 73 yards and a touchdown, which could show Rodgers he can trust him and throw to him more often. Doubs is most certainly worth the fantasy football waiver wire pickup this week due to the thin Packers wide receiver room.

After a quiet first two weeks, David Njoku posted a very solid fantasy performance, scoring 23.9 fantasy points. The Cleveland Browns obviously thrive through their running game, but Jacoby Brissett has not looked that bad so far. The passing game has benefited from his good play and, as long as Njoku still sees this volume, he could end up being a starting fantasy option every week. He saw only six targets through the first two games but saw 10 just in Week 3.

The tight end position is scarce which is why it makes zero sense as to why Tyler Conklin is only owned in 11.5 percent of leagues right now. Conklin is currently TE3 in fantasy football yet he’s rostered in less than 12 percent of leagues. He’s proved to be a reliable option in the lackluster New York Jets offense, garnering 24 targets across three games. He’s developed this chemistry with Joe Flacco but with Zach Wilson returning soon, his volume could fluctuate moving forward.