After three weeks of the 2022 NFL season, we are seeing a level of competitiveness not seen in a long time. The Houston Texans and Las Vegas Raiders find themselves still searching for their first win, while only the Philadelphia Eagles and Miami Dolphins remain undefeated. Through three weeks, we have the fewest undefeated teams in over 50 years. Even though the primetime games were lackluster, there was still a ton of good football in one of the more odd weeks in recent memory. After another week of shuffling around, here are your Week 4 NFL Power Rankings. 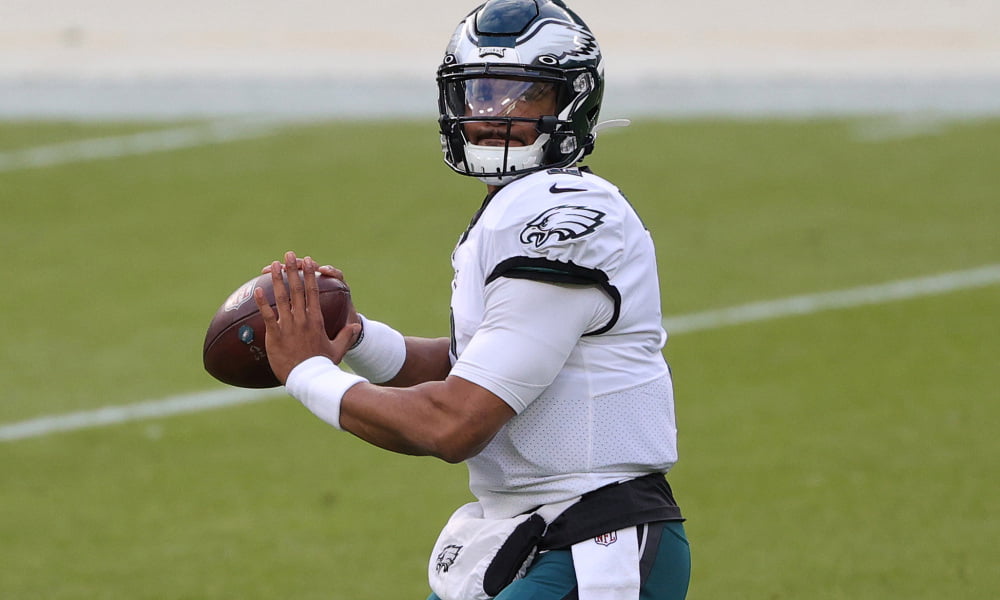 The Philadelphia Eagles defense has been an absolute wrecking ball over the last two weeks. Although the strength of their opposition can be questioned, it’s not easy to give up only 15 points over two games. Quarterback Jalen Hurts still has some issues with accuracy, but he has definitely improved from last season. That may just be good enough for the Eagles to make a deep playoff run this year. For now, it’s good enough for the Eagles to fly up to board in our Week 4 NFL Power Rankings.

Although the Buffalo Bills were without multiple key players on defense, it was still a heck of a win for the Miami Dolphins. They haven’t dominated a game yet for a full 60 minutes and will be tested with a short week as they travel to face the Cincinnati Bengals on Thursday night. Tua Tagovailoa was clearly concussed in Week 3, which was part of the reason why he only attempted 18 passes on the day. Only time will tell if the Dolphins are simply an early-season Cinderella story or if this team is a legit contender in the NFL Power Rankings.

The Baltimore Ravens rebounded from an embarrassing blown lead to the Dolphins with a double-digit road win over the New England Patriots. The defense did give up 26 points, but Lamar Jackson was near flawless again. Jackson accounted for five touchdowns overall and over 100 yards on the ground. As long as the NFL MVP candidate is healthy, the Ravens are an elite team.

The Buffalo Bills suffered a slight setback in Miami, but to be fair, they were basically playing with a hand tied behind their back. Jordan Poyer, Ed Oliver, Micah Hyde and Dane Jackson were just some of the major injuries that hampered Buffalo. Even with all of that, they were just one play away from knocking off the Dolphins, showing just how deep this team really is. Unfortunately for Buffalo, they don’t have much time to recover as they have another tough road matchup with the Ravens next Sunday.

The good news for the Kansas City Chiefs is that they played about as poorly as they possibly could and were still likely one Travis Kelce-dropped pass away from holding off the Indianapolis Colts. Although the Colts have struggled mightily to start the season, this is the same team that was widely viewed as a dark horse in the AFC just a few weeks ago. If the Chiefs want to get back to the Super Bowl, they need to establish a running game. Patrick Mahomes leading the Chiefs in rushing with just 26 yards is not going to cut it come playoff time.

The Los Angeles Rams did a good job keeping Kyler Murray and the Arizona Cardinals’ offense in check. They gave up just 12 points and largely controlled the game. The bad news for the Rams is that they themselves were unable to pull away. Arizona doesn’t have a bad defense, but the Rams mustering just 20 points and 15 first downs is simply not good enough. If the Rams can’t fix their offense, we may see a very ugly matchup between them and the San Francisco 49ers next week.

This is the defense the Green Bay Packers envisioned when they used two first-round draft picks on defensive players in the 2022 NFL Draft. No matter the lack of options for Tampa Bay, holding them to under 300 yards and 34 yards on the ground in 90-degree heat is impressive. The one concerning part of the game was the fact that after the first two drives, the Green Bay Packers didn’t score a single point. Even more concerning was the offensive playcalling for the Packers late in the game. If this is the type of playcalling and situational awareness we should expect from head coach Matt LaFleur, the Packers are in some deep trouble come playoff time. For now, they rise in the NFL Power Rankings.

The Tampa Bay Buccaneers were given many opportunities to get back into the game and put the Packers away. At the end of the day, Tampa Bay made one too many mistakes. Mike Evans will be back next week and Chris Godwin may be back as well. However, this offensive line will need to pick it up. Without the defense being able to carry Tom Brady, if his offensive line can’t step up, the return of his weapons will ultimately make no difference.

The Arizona Cardinals may have lost to the Rams, but they showed plenty of promise themselves, defensively. They won the turnover battle, gained more yards and first downs, and they ran 35 more offensive plays. While their offense has certainly struggled early on, the eventual return of receiver DeAndre Hopkins should help things later this year. They should be able to get back on track next week against the Carolina Panthers.

After a poor start to the season, it appears the Cincinnati Bengals have finally stopped the bleeding. Cincinnati easily dispatched the New York Jets, 27-12, and controlled the game throughout. The defense was able to force turnovers and Joe Burrow was able to look like his old self again. Cincinnati needs to build on this week, as their next two games come against Miami and Baltimore. For as good as they can be, falling to 1-4 would be an incredibly deep hole to dig out of. For now, this week’s win is enough for them to rise in the Week 4 NFL Power Rankings.