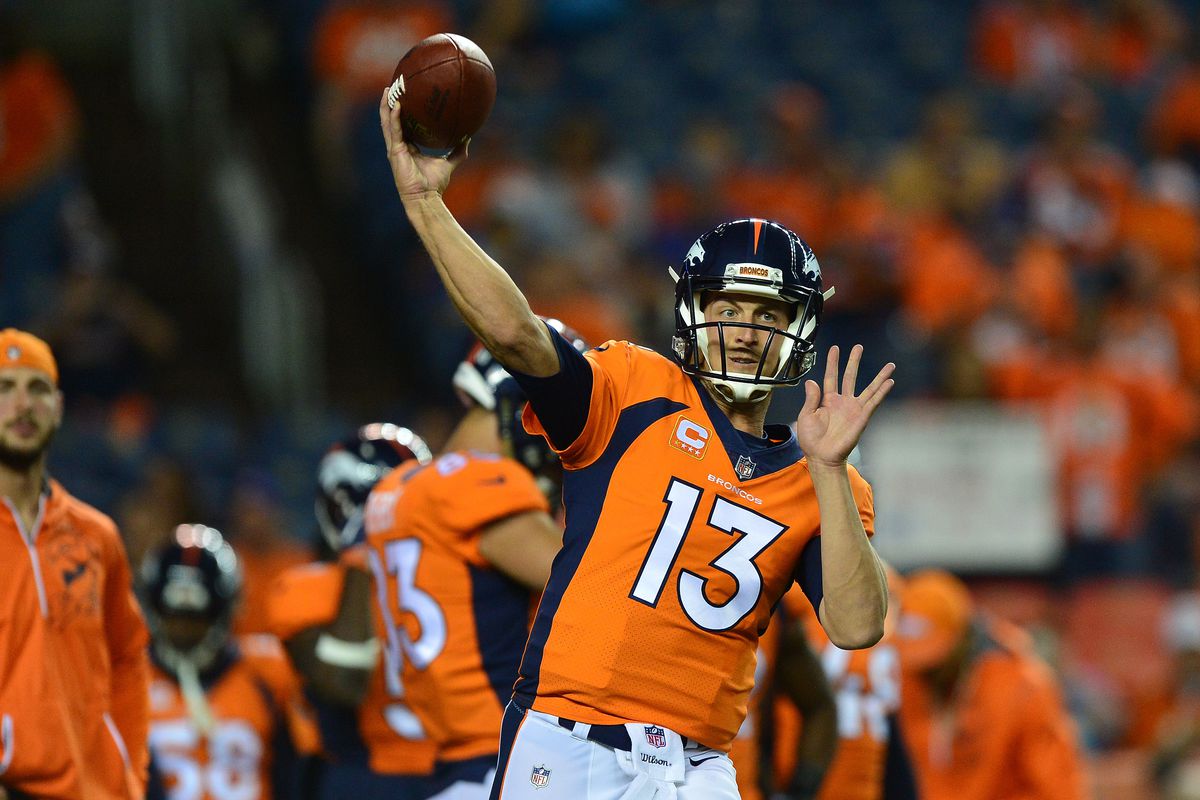 The 2-0 Broncos are headed to upstate New York to take on the 1-1 Buffalo Bills in what should be one of the lower scoring games of the weekend. Even though picking road teams against the spread is not my favorite thing to do, this happens to be my favorite pick and the one I am most confident in this weekend. The Broncos are coming off a very impressive 42-12 victory against the Dallas Cowboys, who are one of the top teams in the NFC. The biggest question mark they had coming into the game was at the quarterback position, but Trevor Siemian answered that question with an explanation point. He threw for 231 yards in the air and tied a career-high with four touchdown passes. Elite quarterback play is exactly what the Broncos need to take the next step as they already have a top-5 defense and a two-headed monster of C.J. Anderson and Jamaal Charles in the backfield. As for the Bills, they won their week one game in a scrappy contest vs. the Jets, who are probably the worst team in the league. The Bills followed that game up with only three points scored last week. The Bills were not able to move the ball at all against the Carolina Panthers, and I don’t expect that to change against a Broncos team who allowed the 4th fewest points in the league last year.

Yes, I know 13.5 is a huge spread and a lot of points to cover, but if there’s ever a time to do it, it would be with Tom Brady at home against a depleted defense, who also have a rookie quarterback slinging the ball. Tom Brady silenced any doubters in week two after they stormed by the Saints with ease down in New Orleans. Even with all the injuries on the offensive side of the ball for the Pats, Brady was still able to throw for 447 yards with three touchdowns, and make the Saints defense look silly in the process. With all the injuries the Texans suffered in week two, they were forced to sign ex-Chicago Bears corner back Jonthan Banks to add some depth to their secondary. Brady should be able to pick apart this defense pretty easily and I don’t have any faith in the rookie Deshaun Watson to be able to keep up with 12-time pro-bowler, Tom Brady.

The Chargers are two made field goals away from being a 2-0 team, but right now they sit alone in last place in the AFC West, trailing three undefeated teams. Although they did not look horrible in their two loses to start the year, I can’t see them winning or even being able to cover the spread against a Kansas City Chiefs team that has really impressed. There were many people who thought the Pats had a chance to complete the perfect season and go 19-0, and well, the Chiefs put a stop to all that talk immediately. After a remarkable win in Foxborough, they went on to beat a pretty good Eagles team at home by a touchdown. The Chiefs could arguably be the best team in the league at this point in the season, and I wouldn’t put it past them to add yet another convincing road win to the resume after just three weeks of football.

If you would’ve told me five years ago that the Raiders would be one of the best teams in the football, I would’ve laughed at you, but this Raiders team is for real and has a legit shot at contending for a Super Bowl ring. In both week one and two, they looked very impressive. They won by double digits on the road against a solid Tennessee Titans team and steamrolled the New York Jets, who are just a hot mess. In these wins, Derek Carr has looked great ,and even their suspect defense, that admittedly has some room for improvement, has not looked terrible. The Redskins seem to be the definition of mediocre, and I do not think they have the power to cover the spread against this ambitious Raiders team.