Undrafted Players Who May Win Someone a Fantasy Championship 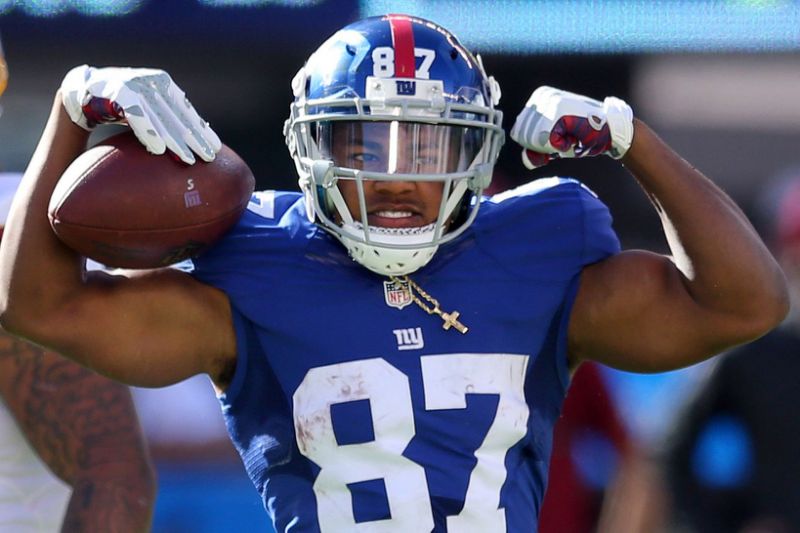 Every year there are waiver wire gems that go on to win someone their league. These players usually come out of nowhere, but with a little research, you could be ahead of the game. I know doing research can suck, so I might as well do it for you! Last season, I talked up Jordan Howard constantly, then he went on to finish as one of the league’s best running backs. This year’s Jordan Howard is out there somewhere, so let’s take a look at who it may be. Everyone on this list has an ADP of over 150 (according to Fantasy Football Calculator), so this means there are going undrafted in standard 10-team leagues.

Foreman has looked fantastic in the preseason so far. The rookie is very clearly the backup to veteran Lamar Miller, but given Miller’s inability to stay healthy, the rookie may be thrown into the fire sooner than later. At the very least, the Texans may give him extra time and manage Lamar Miller’s workload in hopes to keep him fresh for the second half of the season. If you’re a Lamar Miller owner, handcuffing him with Foreman is obviously a great idea. Even if you’re not, he’s someone to keep your eye on.

Those who read my stuff and listen to me rant about fantasy know I love me some Austin Hooper. I have said my piece on this many times, so you can read the full explanation here. In short, he is no longer splitting time with Tamme, he plays on an electric offense, and he has been spending a lot of time with his quarterback this offseason. Julio Jones isn’t used as much as you would think in the red zone, so Hooper could very well be the main target in scoring position.

Shepard performed well as a rookie, and after a full year in this complicated offense, he could be even better this season. The only knock on Shepard is that he is the third wide receiver, after Odell Beckham Jr. and Brandon Marshall. If you’ve turned on SportsCenter at all, you know that Odell suffered an ankle injury and Marshall has a shoulder issue of his own. OBJ could very well be back for week one and Marshall’s injury doesn’t seem serious, but heading into the season a little banged up usually doesn’t bring great news. If either of these guys miss time, Shepard will benefit greatly.

Rumors surrounding Smallwood have gone from possibly being cut, to being the best running back in camp. There are even reports suggesting he could beat out LeGarrette Blount as the Eagles’ starter. There is no clarity in this situation at all, but a player who could possibly start on a decent offense is worth a mention.

Julius Thomas has a great opportunity to be a touchdown beast in Miami. When he played under Gase in Denver, he clearly was something special. Jay Cutler is a quarterback who loves his tight ends, especially in the red zone. This seems like a perfect match that is going overlooked by many. If Thomas finds a way to play at least 14 games this season, I think he will be a top-12 tight end.

The rookie is likely the number two behind Le’Veon Bell. We have seen the Steelers’ backup running back have success in recent history (DeAngelo Williams). Bell’s lack of football activity heading into the season is always something that makes me nervous. It makes me even more nervous considering he always misses time to injuries. Bell is expected to be back for week one, but keep Connor on your team or radar. I would be surprised to see Le’Veon Bell play a full 16 games.

Julian Edelman tore his ACL and is done for the season, so that opens up big opportunities for these two. Hogan clearly made the most of his opportunities in the game after Edelman went down, but that was with Mitchell not suited up to play. Both of these guys will see time on the field, but keep an eye on who is able to solidify a consistent role.

Someone has to catch passes in Kansas City, right? Kelce will likely lead the team in targets with Hill getting plenty himself, but Conley has been impressing me this offseason. I think they’ll use him as one of the deep threats to stretch the field, and he will easily surpass his 44 receptions from a season ago.

Richardson is another guy I have been talking up since June. Again, you can read my full explanation here. Richardson will likely be the third receiving option (after Baldwin and Graham) on a pretty good offense. He finished last season strong and the coaching staff loves him. He could easily become a WR3 or flex option this year.