TCU Flying Under the Big 12 Radar 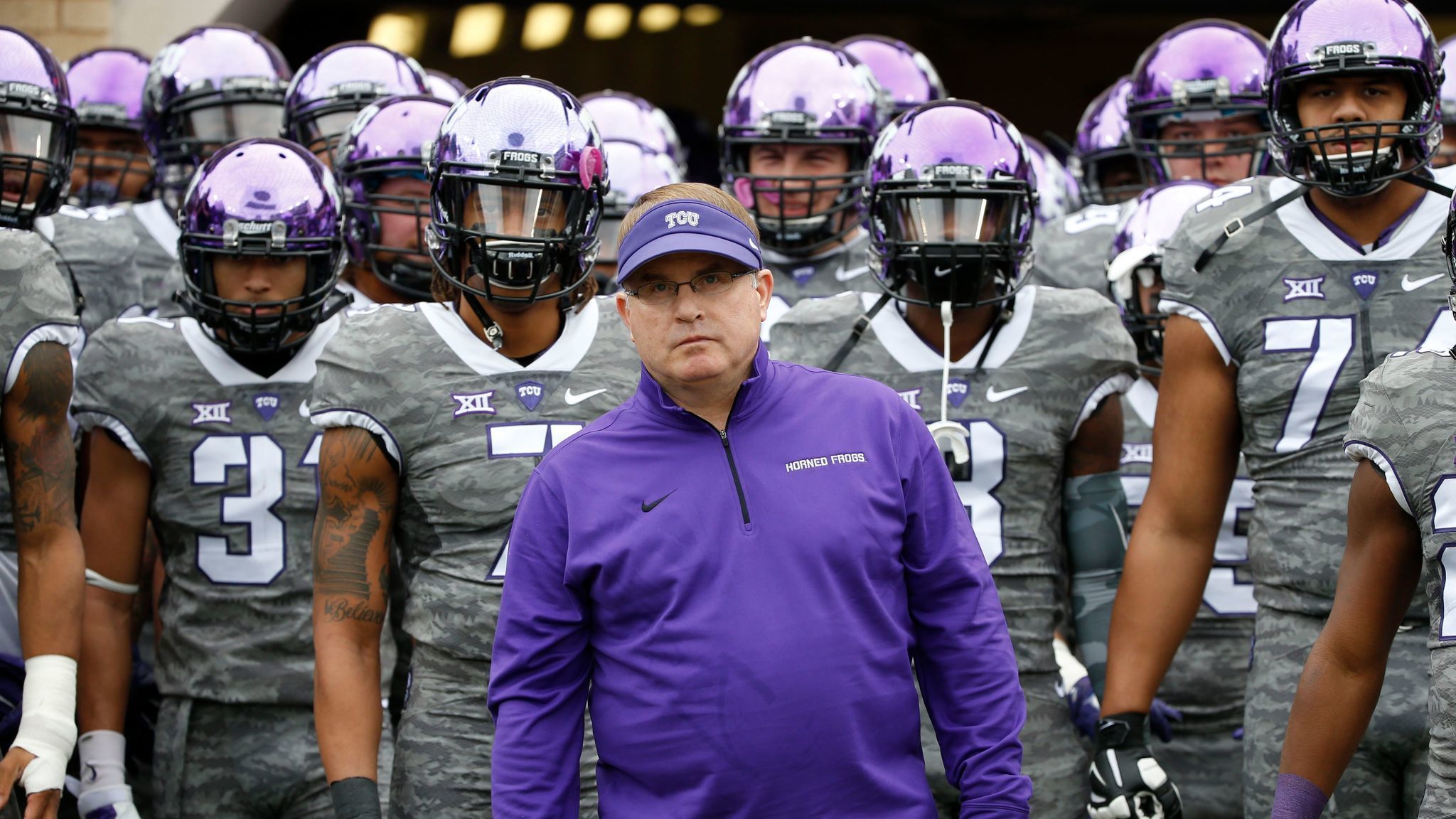 After a number of years near the top of the Big 12 and all of college football, last year wasn’t what the fans have come to expect at Texas Christian. The Horned Frogs went just 6-6 in the season, squeaked into the Liberty Bowl which they then lost to Georgia.

While most of the talk in the Big 12 is focusing on what Oklahoma or Oklahoma State may do, or if Texas and Kansas State can jump forward, the Horned Frogs seem to be flying under the radar.

And that may be just what Coach Gary Patterson wants.

“The key is we all have to get back to doing what we have to do,” he said. “We have an obligation to our university. Sometimes we lose our way a little bit. When you’ve been in a program for 20 years, 17 as a head coach, you understand the history of what we’re trying to get accomplished.”

TCU’s defense wasn’t what people are used to a year ago, due to losses from the previous season and also a number of costly injuries to players with potential pro talent.

But Patterson isn’t the kind of guy to make a bunch of excuses.

“I’m one of those guys that believes you evaluate yourself even if you have a winning year, but I think you’re even more critical when you come off a year like that, and I think you start with yourself, not necessarily your players,” Patterson said.

TCU has solid pieces in the front seven, led by linebackers Ty Summers and Travin Howard and several men up front who have seen substantial time.

The Horned Frogs have a new offensive coordinator after the departure of Doug Meacham to Kansas, and it’s a familiar face to Big 12 fans. Sonny Cumbie, one of the stable of quarterbacks who filled the stat sheet at Texas Tech will have his first shot calling plays at this level.

Kenny Hill gets the first chance at quarterback, but the Texas A&M transfer may get competition from a heralded true freshman in Shawn Robinson, who reportedly has impressed since arriving on campus.

“We’ve got to give him help,” Patterson said of Hill. “We’ve got to catch the ball better. I think we’re going to be better up front offensive line wise. We only lost one wide receiver. So I think all those things benefit him and then we’ve got to put him in an offense too that bends toward his strengths.”

The Frogs get an early chance to make an impact, with the first Big 12 game of the season on the road at Oklahoma State Sept. 23.

The schedule doesn’t do TCU any favors. They’ll also have to go on the road to Kansas State (Oct. 14) and Oklahoma (Nov. 11), as well as an early non-conference road game at Arkansas (Sept. 9).

Find a way to win some of those games, and the Horned Frogs will find themselves back in the lofty air of college football elite that was becoming the norm in Fort Worth.