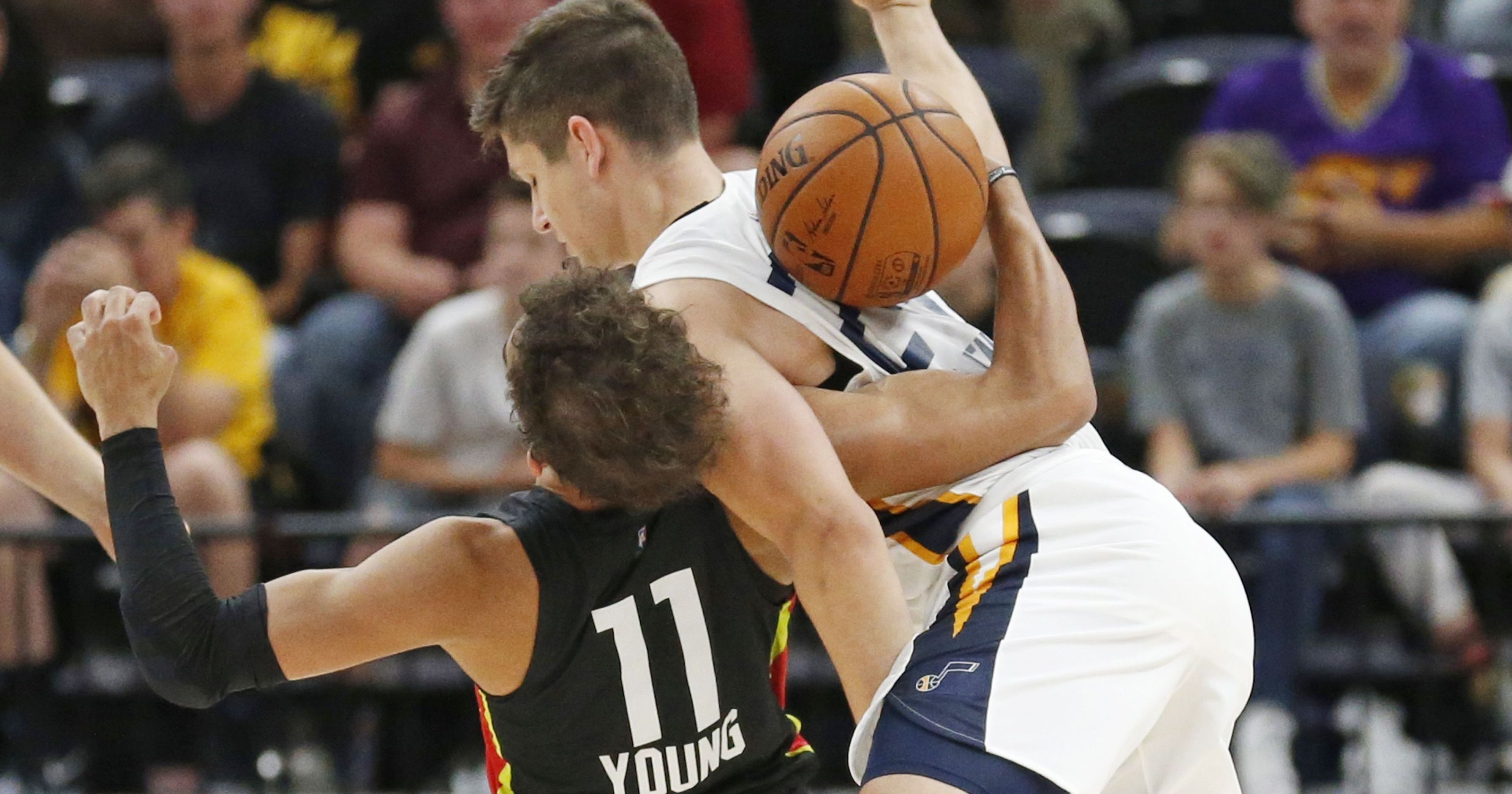 Atlanta’s rough start to the summer continued with a third-straight loss, this time coming at the hands of the Utah Jazz. The Hawks, showing more fight than in their first two NBA Summer League games, cut a ten-point halftime deficit to five, but were unable to overtake the Jazz in time to get the victory. Rookie Trae Young’s poor shooting continued, and the frustration boiled over as the point guard got into a scuffle with Utah’s Grayson Allen in the second half. To no one’s surprise, Allen’s “pesky” defense initiated the extracurriculars leading to Young’s retaliatory shove. Neither of the first-round picks had a great game. That being said, Allen had the better all-around effort and walked away with the win.

Grayson Allen got into a scuffle with Trae Young in Summer League. pic.twitter.com/VWuoLisnRN

As mentioned, the loss marked the third straight for Atlanta. The loss to Utah was the team’s first single-digit loss of the summer. Trae Young has yet to shoot 40% or better from the field in a game, and he also missed 10 or more shots in each of the three losses. The “Keep Shooting” mentality is certainly present in Young, but that can become a negative if the shots refuse to fall. The 5th overall pick did post a summer-high in assists (7) but matched that with a summer-high in turnovers (6). If nothing else, Hawks fans should be glad 2017-18 starting point guard and leading scorer Dennis Schroeder is still in town. The early summer report says Young needs plenty of more time to develop.

The leading scorer for the Hawks in the loss was former Oregon Duck Tyler Dorsey, who finished with 17 points. Dorsey did not shoot the ball well (4-12) but made up for it by getting to the line often, where he finished 6-9. Dorsey added 4 rebounds, 3 assists and 2 steals to his stat line for the evening. The shooting efficiency is something Dorsey will have to improve on if he hopes to become a mainstay in the Hawks rotation. In 56 games as a rookie in 2017-18, the shooting guard shot a pedestrian 37.6% from the floor despite posting a solid mark (36.0%) from beyond the arc.

First-round pick Omari Spellman came close to notching a double-double, which would have been his first of the summer. Like most of the Hawks, Spellman turned in a poor shooting performance (3-10) but was a major contributor at the defensive end. At 6’9″ 253 lbs, Spellman brings an NBA-ready body and a physical style of play. The 2018 National Champion’s physicality was reflected by the 2 steals, 1 block, and 10 rebounds (8 defensive) the forward turned in.

Forward Georges Niang and center Tony Bradley Jr. were once again the leaders for Utah in the winning effort. Niang, the team’s leading scorer through three games, had his worst shooting night of the summer (5-13) but still managed 15 points. The former Cyclone standout hit 3 triples and added 2 steals and a block to his effort.

Bradley Jr. remained a presence inside for Utah’s summer team. The project big man seems to be coming along quite nicely. The win marked his third double-double in three NBA Summer League appearances. With 15 points, 12 rebounds, and another block (now 6 in 3 games), Bradley Jr. continues to demonstrate he has grown more comfortable at the NBA level. The opportunity to grab a spot behind Gobert and Favors is there. Bradley is blossoming at just the right time. If nothing else, Bradley is proving he can be trusted with minutes in a pinch. Something that was not the case in 2017-18.

Utah’s surprise performer of the outing was forward Stanton Kidd. The 24-year-old finished his collegiate career at Colorado State in 2015. He then went undrafted, and has played overseas for the majority of the time until this opportunity with Utah. The swingman certainly played like somebody looking for his big break. He was efficient offensively (15 points on 6-11 shooting) and active defensively (2 steals, 2 blocks) in his first action of the summer.

As for Grayson Allen, he had a busy night, even ignoring his tussle with Trae Young. The polarizing college star continues to demonstrate he can contribute when his shot is not falling. Allen scored only 9 points (2-13 shooting) but grabbed 6 rebounds, dished out 8 assists, and had 3 steals. The well-rounded contributions should help Allen secure steady minutes while he adjusts his offensive game to the NBA.