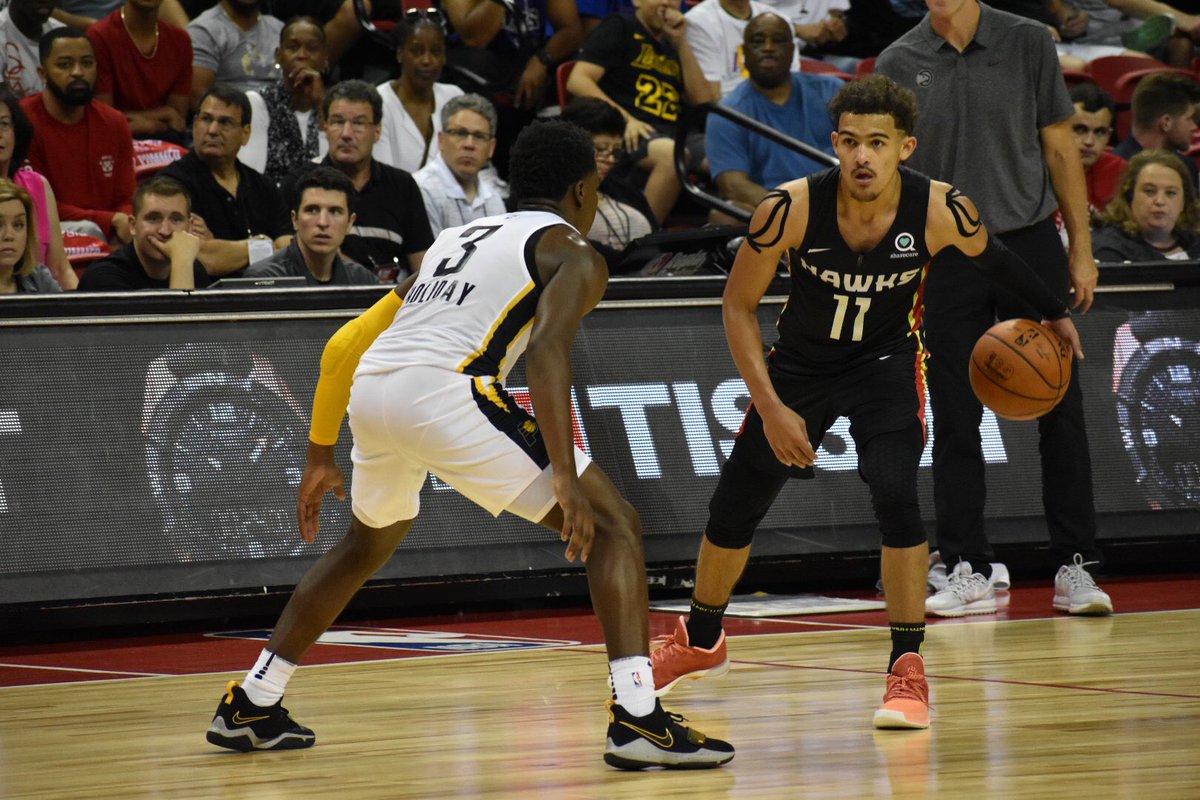 A ginormous lead of 27 points by the Indiana Pacers seemed to push them through the next round of the Summer League tournament. Yet, the Atlanta Hawks made a tremendous comeback led by Trae Young and Tyler Dorsey to get a 107-101 win. An absolute collapse by the Pacers was caused by their poor second half shooting. Overall, Atlanta out-shot Indiana efficiency-wise in all aspects of the game. Indiana should’ve won this game due to causing more turnovers and playing better overall defense.

There were solid performances completely down the roster for Atlanta, but they went unnoticed because of Trae Young and Tyler Dorsey. Young was an absolute stud in this game, with 23 points and 8 assists. Of course, Young has been streaky from three this entire Summer League, and that didn’t change in this game, shooting 2-of-7. The most important part of this game for him was the fact that he got others involved. A key aspect of any point guard’s game when he is cold from deep.

Also, Tyler Dorsey led all scorers with 24 points, but also had 8 rebounds and 5 assists. He shot 60% from three and 50% from the floor. It’s tough to say who was more valuable to this game, Young or Dorsey, but they were equally important. Young was cold from deep but Dorsey was there to spread the floor and keep the paint open for easy passes and shots for Young. This one-two-punch Atlanta has right now is something to look forward to in the season.

A couple nice performances from Alex Poythress (21 points and 7 rebounds) and Alize Johnson (12 points and 14 rebounds). A few other Pacers also scored in double-digits, which was the main reason why Indiana was able to climb to a 27-point lead. The two reasons why Indiana couldn’t hold on were Aaron Holiday and TJ Leaf, the two leaders of this team.

Holiday shot 29.4% and Leaf was 43%, but only had 9 points while Holiday was able to manage 13. These two let their team down and should have done more in order to keep the Hawks from completely taking over the game. It’s Summer League and these games don’t mean much, but it still must hurt the franchise to see this happen. Hopefully, the players can learn from it and know what they did wrong to change it the next time a team makes a remarkable comeback.