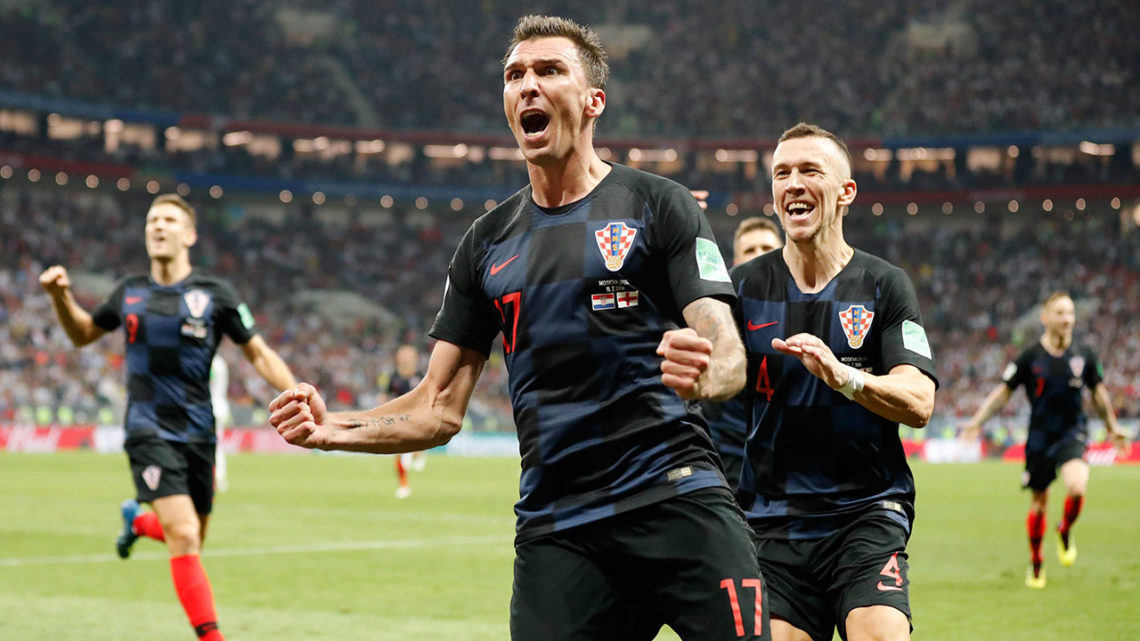 The month-long soccer tournament that is the FIFA World Cup is now just days away from crowning its champion. The winning nation will sit atop the world soccer throne until the next edition of the tournament in four years time. The semifinal matches that commenced in Russia over the last two days had plenty of intriguing storylines. Two historic soccer powers, France and England, both with youth movements on their squads, against two much smaller nations, Belgium and Croatia, each at the height of a golden generation in their national soccer histories. France and Croatia may have emerged victorious, but each had to play in a hard-fought match to do so.

The set piece has emerged a darling throughout the entire 2018 World Cup, and in the first semifinal between France and Belgium, it took center stage once again. Samuel Umtiti headed home a brilliant corner kick early in the 51st minute to score the first and only goal of the game, sending France to a 1-0 victory. The win puts France in their third World Cup Final in the last six editions of the tournament. They will look to make it two wins in those three trips on Sunday, with their first and only World Cup win to date coming back on home soil in 1998.

The center back heads home the corner to give France the 1-0 lead. 🇫🇷 pic.twitter.com/Y5MtXUpvDg

Keeping a clean sheet against the potent Belgian attack is no small feat in general, let alone on as big a stage as a World Cup semifinal. But that’s just what this young French squad managed to do. France stayed disciplined on defense and consistently thwarted any sudden attacking momentum the Belgians appeared to generate. The speed and quickness of the French was too much for Belgian midfielders Kevin de Bruyne and Marouane Fellaini to handle. This led to several attacks being stifled as Romelu Lukaku and Eden Hazard would be outnumbered by the swarms of quick French defenders.

On the French offensive end, speed again played a role. Kylian Mbappe and Antoine Griezmann were constantly able to generate runs and chances by cutting through the Belgian defense. One wouldn’t have known from watching the game that the Belgian attack was the more revered of the two. France outshot Belgium 19-10 and had a few other chances that were oh so close besides Umiti’s successful header. Keeper Hugo Lloris did his part on the back end with a pair of brilliant saves as Belgium pushed for an equalizer late.

Croatia Draws Even in 2nd Half, Nets Winner in Extra Time

Croatia has gotten to be masters of the comeback on their way to the first World Cup Final in their young nation’s history. After trailing in both of their Knockout Stage matches against Denmark and Russia, coming from behind to level and eventually win both on penalty kicks, The Blazers had to overcome a beautiful free kick 5th minute goal by Kieran Trippier in their semifinal match against England. The equalizer came in the 69th minute from Ivan Perisic. He seemingly had to raise his foot to his head in order to make contact with and somehow guide the incoming cross pass into the net. Mario Mandzukic blasted home the winner in the 109th minute to give Croatia a thrilling 2-1 extra time victory. With a population of just over 4.1 million, Croatia becomes the second smallest nation to ever reach a World Cup Final.

Perhaps the most impressive part of this semifinal triumph was that Croatia even had the legs to play a full two hour match, including the extra time. They have now played extra time in all three of their matches since the conclusion of group play. They got a bit of a gift on the Mandzukic winner as the English defense lost track of him on his run through the box. A crosser found its way right to him and he was easily able to beat keeper Jordan Pickford.

It can be tough to sit on a lead, especially when you are staked to it so early as England was. Throughout the first half, they did a nice job of staying active. After halftime though, they got into a more prevent-defense mode. This allowed Croatia to dictate the pace of the game. Croatia outshot England 22-11 and also successfully completed over 100 passes more as they dominated possession. Despite having already played a pair of extra time matches, Croatia looked like the fresher team down the stretch. Trippier, the goal scorer for England, had to be helped off the field following the tie breaking goal. With England already having used its four substitutions, they were forced to finish the match with 10 men, certainly not ideal when trying to find a last-chance equalizer.

Think you know who will win the 2018 World Cup? Click the image below and sign up for an account on MyBookie with the promo code “FlurrySports” and win some big money!